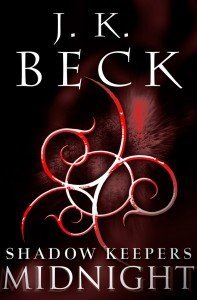 Yes, yes, yes! More Shadowkeeper books coming out this year (the covers for the next three–this summer–are awesome, and I’ll post on Monday). But I’ve been lax in shouting out about my enovella, MIDNIGHT, which features Caris and Tiberius, star-crossed lovers. I had a bit of a Romeo and Juliet thing going as I wrote the novella. (Amazon calls it a short story…it’s not. It’s a novella. Weird.)

The first book this summer is WHEN PASSION LIES, and it’s Caris and Tiberius’s book. You don’t have to read the novella to enjoy the novel…but I hope you do! I had a great time writing it, and it’s entirely historical. A first for me (well, I wrote in the twenties once–does that count?)

Carissa de Soranzo will not rest until her kidnapped younger brother has been freed from the nobleman Baloch de Fioro, a fiendish werewolf who means to turn the boy at the next full moon. Against her father’s wishes, Carissa secretly seeks help from the mysterious werewolf hunter Tiberius. Desperate, she promises to do anything if he’ll save her brother—and she can see in his eyes what that will mean.

Dark, strong, and virile, Tiberius cannot resist ravishing the most beautiful woman he’s seen in centuries. But he can never truly have his fill of her, for Tiberius is a vampire. On a quest to trap the werewolf in his den, Tiberius realizes that the only way to rescue Carissa’s brother is to reveal what he truly is. But he risks losing Carissa forever—especially when she discovers that she has given her heart to a vampire.

I hope you check it out. Again, here’s a link to order from Amazon and from B&N.com