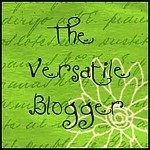 On Friday, my neighbor in the Cen Tex area, the awesome SJ Driscoll, whose bio makes me feel like a slacker, passed the torch for the Versatile Blogger Award. Thanks, SJ!

Now, I confess that I wasn’t previously familiar with the award, but after reading SJ’s blog, I’m totally down with the idea and am having an absolute blast writing this post and trying to decide who to pass the torch off to next. And, of course, I have to go read the posts from the thirteen others that SJ picked.

Thirteen you say? Yup, because this award has rules. Sort of a blogger/chain-letter/get-to-know-you-award, but the rules are pretty straight-forward. I have to thank the person who passed the award to me (thanks again, SJ) and link back to her in the acceptance post. (Did I say I was happy to accept?).

I also have to tell my readers seven things about myself. Finally, I have to pass the award on to fourteen fellow bloggers. Except I saw some other folks’ blogs, and they had rules that said they only had to pass it on to 5. Because it’s Sunday and I’m lazy and my weekend To Do pile floweth over, I’m going to be all proactive here and pick 5. Just call me Make Your Own Rules girl…..

Are you ready? I know you are.

Stuff about Julie (okay, so these aren’t really secrets, but…): 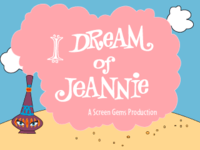 1. My favorite show growing up was I Dream of Jeannie. I spent many hours in flea markets looking for a glass bottle with a Jeannie in it. I’m not sure what my three wishes would be, but I was absolutely certain that unlike Major Nelson, I wouldn’t be shy about letting Jeannie help me out. (And come on, Darrin, too? I mean, what is WRONG with those guys?)

2. When I was in law school, I had a pet ferret named Elmer. Elmer was an absolute sweetie; he’d wake me up by climbing into bed and tickling my chin with his whiskers. But then I went to Houston for a summer clerkship with Baker & Botts. The firm put us up in a nice apartment complex that provided maid service. A nice complex, I should add, that didn’t allow pets. So another clerk and I decided to trade days. On her maid day, I had Elmer and her dog. On my maid day, she had the dog and Elmer. Worked great…until the maids got confused. And I got the call to come to Human Resources. A large rat, I was told, was in my apartment and had terrified the maid. Oops! So, poor Elmer got evicted. (Don’t fret, he found a good home with a family with lots of kids who spoiled him rotten.) But if you’ve ever read any of my series of superhero books, you now know the inspiration for Elmer the ferret!

3. Between my judicial clerkship and moving to LA to practice law, I went backpacking through Europe for seven weeks. At one point, I met up with my then-boyfriend in London. We met a guy in Earl’s Court who overheard us saying we wanted to see Scotland. He said he was a tour bus driver, they had some spare seats, and did we want to join for a discounted price? We said sure…and since he was probably 70+ years old, we trusted the guy. Big mistake. He walked with us to the travel agency he worked from, took our money and told us to wait outside while he cleared it with his boss. Naively, we did. He never came out. We realized about ten minutes later that he’d gone in, exited through the back, and never said a word to anyone. Color me (and the boyfriend) chagrined! 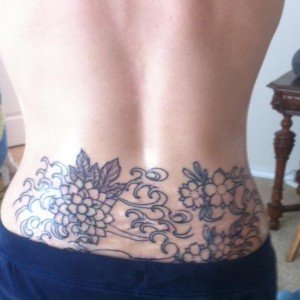 4. I recently got a tattoo. A big one, on my back. I haven’t posted a picture of the finished version yet, but will soon…I’ll be doing a post about creativity, youth and why I got the tat in the first place! (the image is the original inking before it was colored in. I think it looks awesome…and it’s even prettier now!)

5. My first car was a Gremlin. I’m guessing some of you out there don’t even know what a Gremlin looks like.

6. I have a thing about the space program. Every time I watch a space program related show (Apollo 13, From the Earth to the Moon, etc) I end up teary-eyed. There’s something about the vastness of space, the courage of mankind, and our inbred need to explore and discover that moves me to tears.

7. I’ve given up processed foods and am eating what many these days call paleo/primal. Easier said than done when you have smallish kids (though homeschooling helps, no navigating the school cafeteria to deal with). And despite a few longing glances toward the cereal aisle at HEB, the kidlets are totally with the program.

I pass the torch to these 5 awesome folks:

So there you go. And feel free to share details about yourselves in the comments. I mean, hey, if I can bare my back and admit to being a gullible tourist, so can you!

Your tattoo must be beautiful, Julie… So exciting about Carpe Demon. Good luck!

Wow, Julie! Thank you for sharing with us! I love your tattoo and cannot wait to see it in color. I have two tats, but nowhere as big as yours.

ROFL about the Gremlin! I have owned a Javelin, a Concord and an Eagle. My first car that I purchased (in 1985 when I graduated HS) was a 1974 Olds Delta 88 Royale. That car was awesome! I am now the proud owner of a 2010 Kia Soul Exclaim. I love it 🙂

I can totally relate to you getting teary-eyed about the space program. Martin Luther King, Jr’s ‘I Have A Dream’ speech, and pretty much hearing about him or talking about him does me in.

Always admire those who have the patience and means to homeschool!

this was my first tat, and Billy, the girl who did it, was a bit astounded that I went with such big real estate the first go-round 🙂

I confess I have no clue what a Javelin is…so you win the prize!

Yes! The I have a dream speech makes me tear up, too.

A lawyer with a huge tattoo……hmmmm.
Julie, is this a manifestation of the midlife thing – instead of a Maseratti ?

Ha! I have that whole EX lawyer thing going 🙂

How can it be a midlife thing when I’m only 21?

But no…the true sordid (not really, but it sounds better that way) story of the tattoo will be online soon….

Congrats on the blog award, Julie!! Love your 7 facts. I adored I Dream of Jeannie. 🙂

I always knew you were cool 🙂

Totally with you on #6. Watched the last launch of Atlantis a number of times on YouTube this summer and teared up Every. Time. But in a good way. Humans are pretty amazing, aren’t we? So small and fragile, yet our spirits are so much bigger than our bodies.

Thanks for the award!

We are—fragile and strong at the same time. It’s inspiring. And you’re welcome!