Wandering blind in Stockholm (or, My Adventures with Grandma) - J. Kenner Skip to content

Home » Blog » Julie's World » Wandering blind in Stockholm (or, My Adventures with Grandma) 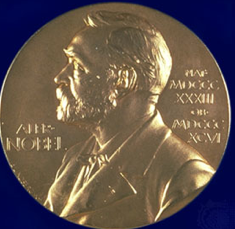 Let’s start with the basics: My grandmother was pretty dang cool. A woman who divorced back when my dad was a little kid and set out as a single mom back when you didn’t run across too many single moms. She was a strong woman, and I’m sure that I probably inherited much of my stubbornness and self-sufficiency from her.

But she had quirks. (Fodder for me, as a storyteller, though, so thanks grandma). Her house, when she passed away, was a rat’s nest of things that she’d saved for no apparent reason, and others that she’d clearly saved for sentimental value. The packratty-ness was a major quirk. Also on that list was her odd habit of taking pictures when traveling of parking lots. “Why yes, that’s the parking lot where the bus pulled in in Lucerne.”

Her biggest quirk wasn’t even really a quirk—it was her love of traveling, and she passed that love off to me. We have different views over what the point is, though. Me, I like to soak up the destinations. Grandma attacks travel like a checklist. Must see this, this, this and this. Take pictures, get back on the bus.

How determined she was to see The Things That Must Be Seen became painfully obvious to me when I was thirteen and she took me to Scandinavia. Before we left on the trip, I’d gotten my very first pair of contact lenses—the hard kind. The doc was a little concerned because I wasn’t through the break-in period, but the trip was planned, and I was going.

So off I went. Me, at least 50 years younger than everyone else in that Eastern Star travel travel group.

The trip was, overall, a blast. But in Copenhagen, I woke up to stabbing, horrible pain in my eyes. I could barely walk, couldn’t see, and any light made me want to keel over and writhe on the floor in the fetal position. I’ve since given birth and had emergency surgery for a ruptured small intestine. This pain was right up there.

But it was a travel day. So one of the women lent me their cane and big sunglasses (the kind that would fit over my glasses) and off to the airport we went. The pain faded a bit now that most of the light was blocked, but I was basically blind, and tears were streaming down my face the entire time, not from the pain, but just from my eyes trying to heal themselves. I looked a mess, felt like a mess, and was not a happy camper.

It was also early morning, so I was darn tired.

We arrived in Stockholm about 10 am. I think my loving, adoring grandmother is going to take care of me now that we’re settled and not forced to travel with the group.

The bus is scheduled to leave at 11 to take the group to see where they hand out the Nobel Prize. And that place happens to be on Grandma’s list.

Off she goes, leaving me not in our room, but in the lobby.

This is before cell phones or the internet, so calling my mom back in Texas wasn’t an option (not that she could have done anything). So I go to the concierge and ask him if there’s some place I can go. He suggests the hospital, and tells me how to get there. Why he doesn’t put me in a taxi, I don’t remember, but I walk. Near-blind. Several blocks. To the hospital. In a town where I cannot read or talk to anyone.

I find the hospital (somehow I find a back door—don’t ask me how) and I end up talking to a guy who was probably an intern. But he didn’t speak English well and I didn’t speak Swedish at all. Somehow, he manages to communicate that I’m at the wrong hospital. The one I need is alllllllll the way across town.

Dejected, I go back to the hotel.

I’m sitting on the ledge of a lobby fountain when I see our Tour Guide. Turns out, she’d passed the group off to a local guide for the Nobel trip.

She sees me, rushes over, and I tell her my sob story, complete with sobbing.

The guide, whose name I’ve forgotten, goes away, then comes back with an eye doctor in tow. Turns out there was a conference for eye doctors In That Very Hotel! He takes a look, tells me I’ve severely scratched both corneas, gives me a prescription and eyepatches and sends me to sleep.

But I was happy to be treated. I’m asleep when Grandma returns. Her reaction to my adventure: She knew I’d manage just fine.

Thanks for the vote of confidence, grandma.

The next day, we’re off to Finland.

So I’ve been to Stockholm. I just didn’t see it.

I know you were in pain, but I just had to laugh picturing you stumbling around Stockholm with dark glasses and a cane.

Such a great story! Do you think you’ll go back so you can actually see it this time?

I would LOVE to go back! Don’t know when, though. With two kids now, traveling is a lot pricier (especially when grandma’s not paying!)

And yes, I was quite a sight, LOL

Great story. I particularly love the way you ended it – the not “seeing” Stockholm.

My grandmother is fodder for much of my writing, as she’s also put me in unconventional situations without worrying about how it would effect me. There are very few times in my life that I was upset with her for being the crazy but amazingly talented lady that she was AND life with her was never boring.

I can tell from this post that you know how to tell a good story. Maybe it’s time for me to read something from you that’s longer than a single page. 🙂

LOL, Sara! I hope you do check out one of my books; let me know what you think!

Aren’t unconventional grandparents great? I could probably rename this blog Grandma Stories and never run out of material!

What a GREAT story — although I do wonder how long it took before it FELT like a great story 🙂 Having an unconventional Grandmother is such an enormous gift. My own was indeed one of my great life hero’s, all contained in a 5′ Italian package. Our travel adventures (not counting the verbal versions about her life back in the Old Country) only went as far as our memorable bus trips from my little home town to NYC for the San Gennaro Festival in Little Italy. Sadly, I don’t speak Italian and she didn’t speak English very well, but somehow we always managed to understand each other. Alas, the stories … the stories … and every one of them precious.

Thanks, Barbara! And, yeah, it took a while…but even then, I think I knew it had serious story potential, and I have to say that I impressed the heck out of the Eastern Star ladies when they learned what I’d been up to that day!

I wandered once into the San Gennaro Festival when I was in NYC one year. Such a wonderful, wonderful surprise! Thank you for that memory!

Your grandmother sounds fascinating! I hope you write down some of the stories. I’ve found so many have slipped away, you know?

Wow!! What a priceless story! Old people, err, excuse me, senior citizens can be … well, ummm. How about focused? (With my parents and all of their living siblings in the 70-90 year old bracket, I say that with the most loving respect possible!!) LOL…I love this story and its insights into your family. Makes me want to sit and think back to some of our family “horror” stories that we now laugh over.

You should! I’m terrible at keeping a journal, but I really wish that I’d been better at it. I can remember how much I’ve forgotten…and if that’s not a frustrating feeling, I don’t know what is!

What a great story! You were a pretty brave teen to be wandering an unfamiliar city blindly and without knowing the language.

I only remember my grandfather vividly. He wore pants so big that he could have fit in to them 3 times and he was always moving except when he sat down to eat. Mom took me home to Brazil to meet her family and my grandfather owned some farmland outside of Sao Paolo where the family lived. We spent the day traveling to a farm, steered clear of his mean chickens and blew up some snakes with dynamite. Good times!

Brave? Maybe. But I think desperate is more accurate!

I love your description of your grandpa. I can completely picture him. And the dynamite! Oh my! I used to visit a friend who lived in the country, and we’d wake to the sound of shotguns…her dad was blasting the cottonmouths in the tank. Yikes!

[…] blogged about Grandma recently (anyone else been stranded in Stockholm while traveling with a grandparent? Show of hands, please) and there are definitely more potential stories out there. So let’s call […]