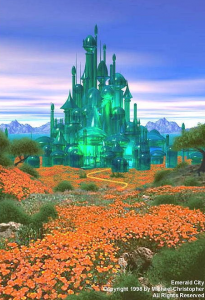 “The best thing to come out of that brief marriage was my first full-length novel.” If that quote from the bio on her blog gives any clue about her upcoming women’s fiction novel, I think it’s fair to say that my guest April Plummer’s novel is going to absolutely rock!

My cyber-buddy April’s guest blogging here today. April is very cool, and I’m excited about her upcoming novel and her indie journey to get it to readers!

I don’t think I ask for too much. I work my 8.5 hours to the best of my ability, even though it’s not the job I care about. I spend time with my family. I run errands and try to keep up with the messy house without bothering my husband too much about it. He brings in the majority of our money, makes the Costco runs, does most of our cooking, and picks our little one up from school almost every day. I think we’re pretty even.

But then, there’s this little thing I’m going to call My Choice.

I’ve chosen to be an Indie author (as I think most of you know.)

I’m excited about it, thrilled even! To have control over every aspect of my manuscript is an awesome concept, a choice I’ve made because people are reading my stories is more important to me than money and fame (not that traditional authors necessarily find fame and fortune either).

And throughout all that, I have to continue to write. Keep marketing and promoting. Edit completed manuscripts, and start the process all over again.

Oh, and did I mention the huge, messy house no one helps clean, a roommate living with us for free, a daughter, a husband, a full-time paying job, daily workouts, errands, books to read, a huge extended family living in the area to visit with and celebrate birthdays with, and a couple friends I try to see socially at least twice a year? Because anything more is unrealistic?

Today I woke up feeling like it’s all a bit hopeless.

My husband supports my writing and Indie goals. In fact he suggested I self-pub from the very beginning, before it became so popular. Even Bob, our roommate, is a great sounding board and the first to read every first draft. When he finishes, he teases me. “April, I have nothing to read!”

I have an amazing, growing online support group.

And I have my ambition to make this all happen.

But there are days, like today, where it all seems hopeless. 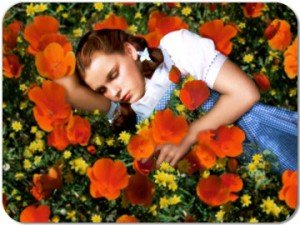 When my dream seems like the Emerald City, I need to slip on my ruby slippers (I really do have red heels) and skip down the Yellow Brick Road.

Because my dream is the Emerald City. And waits for me just beyond the field of poppies. 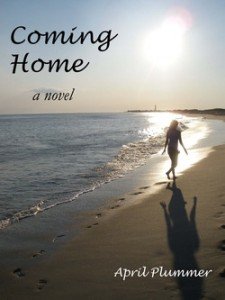 After the latest boyfriend rapes her at knife point, Isabela throws her few possessions into her car and drives until she reaches Lakeside, Montana, twenty-five hundred miles from New York City’s suffocating smog.

As her bodily scars fade, she takes solace in the nature around her and records it in her sketch pad. It isn’t until she begins sketching scenes from her rape that she learns to cope with what happened.

But leaving her mother behind to fend for herself might have been a mistake; and when two strangers appear on her doorstep claiming to be her dead grandparents, they threaten the fragile childhood memories. Before she can rebuild her life, Isabela must decide to either let her past go or unite it with the woman she’s become.

Thanks, April, for being a guest today!

How about y’all? Ever felt like something was hopeless? What pulled you through? Are you intrigued by Isabela and her story in Coming Home? And be sure to check out April’s blog here!

I am blown away, Julie! Thank you so much for hosting me! I think you’re pretty awesome too. 🙂

Of course! Great to have you here!

Congratulations on your book, April. There’s a lot more work involved than just writing the book no matter the publication route. Enjoy the journey and best wishes with it!

Thank you! Yes, it’s insane, and I know it’s not necessarily any easier if you go the trade route.

April, I hear you. It’s the curse of writing – you live and work in the same place and they become inextricably intertwined. Life becomes a full time job. But the joy of completing a manuscript is the BEST. I wish you all the luck in your publishing endeavor!

That’s exactly it – LIFE becomes a full time JOB, when it shouldn’t be a job at all! Your JOB should be your JOB. And not to take the joy away from my writing at all. It’s just a lot and overwhelming sometimes.

So true, although I know a lot of work-outside-the-home folks whose life is their job, too. Mostly lawyers, but some ultra creative types as well. The key, I think, is to find a job that you love so that it isn’t a JOB

Exactly. And writing isn’t…neither is everything involved with publishing. It’s just overwhelming trying to squeeze in the job that pays the bills. LOL

Good luck, April and keep trudging along. Life is a mix of dreams, responsibilities and fun. Honor the responsibilities, savor the fun and treasure the dreams and don’t ever let them die.

Thank you, Kathleen! I like that “Honor the responsibilities, savor the fun and treasure the dreams and don’t ever let them die.” Can I use that??? Seriously, I’m typing it up, printing it, and putting it everywhere.

Your book looks awesome, April, and I can tell you’re mostly managing to keep your sense of humor. Hang in there, baby!

You’re so sweet, Liv, thank you!

First off April I applaude you for making the choice. Most people don’t have the courage. And believe me even when they do, they all have days when they think “What was I thinking”. The key is to hang in there. And to keep writing! Best of luck on your journey and don’t forget to stop and enjoy every part!!!!

Thanks, Dee! That means a lot! Right now, I’m more excited than anything. I’m sure after I finally click that button, and my book is OUT there, and people can READ it…I’ll start to freak. LOL

And, this weekend while finishing up the final edits, I may want to alternately cry and pull my hair out with frustration. LOL

It’s always hardest right before the blessing — or at least that’s what I cling to as I try to find the same balance you are looking for in work, family and writing. Keep moving forward, one small step at a time!

Actually, that raises a question. When is your intended release date? I don’t think I saw that!

No…because I don’t have an exact date. I’m not holding myself to any specific date. But I’m hoping for next Tuesday. I’m hoping to finish it this weekend and have Monday to gather more interest and announce it for Tuesday.

Hurrah for your success in writing and (close to) publishing your own book. It looks like a winner-love the cover. You have a great blessing to have a partner that supports your writing life. Best of success with your book.

Very cool! It’s really inspiring and kinda reassuring to read about others embracing the Indie publishing route. Your comment, “…a choice I’ve made because people reading my stories is more important to me than money and fame,” really resonated with me as I love to write, but have no aspiration for riches either. If I ever get to a point where I think my work is publishable, I’ll take heart in knowing there are a lot of folks out there with similar goals that have found fulfillment through self-publishing on the internet.
Best of luck to you on your journey!

Exciting, inspirational, and impossible not to be caught up in the excitement. Absolutely wishing you the best, April. I greatly admire your determination and drive–especially in light of your daily responsibilities. It’s so awesome that you are so enthused to make this happen–and in a BIG way. Your book sounds intriguing and I look forward to your grand “unveiling.”

April – congratulations for getting this far, you’ve worked so hard. I’m in awe of you and I’m looking forward to the actual launch. Thanks to Julie for hosting.