So what's my burning issue, and when did I resolve it? - J. Kenner Skip to content

Home » Blog » Julie/JK's Books » So what's my burning issue, and when did I resolve it? 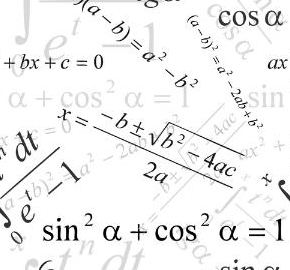 I was Little Miss Overachiever in school, so much so that when I got a B+ in gym class because I couldn’t do an arabesque on the balance beam (seriously, marked down b/c of my agility? That still bugs me!) I didn’t actually lie to my dad, but I wasn’t entirely honest in my relaying of report card info (“I got straight-A’s in all my academics, Daddy!).

Most subjects came pretty easily. Not that I was spewing forth brilliance or anything; I wasn’t. But I tended to “get” the subjects, and I tested well. Algebra and geometry were both favorite classes, and I loved all my math teachers, especially Mrs. Zaiontz, who was so amazing at explaining complicated stuff.

So why did I have–for years–a recurring dream that I had forgotten to take my algebra final? We’re talking major nightmare city here–way scarier than monsters or demons or dark things from the depths of hell. The dream was the kind that wakes you up, certain that your life is over in a way that head-eating monsters just don’t convey (at least not for me). And in the dream, kind Mrs. Zaiontz was faced with the task of telling me that if I didn’t take the final, that all of my diplomas (my B.S. in film, my J.D. that was my then-livelyhood) would be taken away.

Years and years and years I had this dream, though interestingly I never dreamed about studying for this final or even taking it. All I would do is argue with her, telling her that I’ve seen the direction of my life, and could solidly and firmly state that I really didn’t need algebra. Alas, she didn’t care.

I had a similar dream in which I signed up for a history class, then promptly forgot to go to class until my best friend told me that the final exam was that morning. Disturbing, yes, but it was the algebra one that was truly persistent.

I haven’t had it now for about eight months.

Honestly, it beats me.

I guess I’ve managed to work through some personal issue that was manifesting in my head as a forgotten algebra final. But what issue? I have no clue…but I’m glad I worked through it. After all, algebra dreams are cheaper than therapy!

Have you had a recurrent dream in your life? Do you think it represented an unresolved issue? What happened?

I had a recurring dream when I was a kid ~ I’m gonna say around 7 or 8 years old ~ that I was walking along a beach. It was a short beach with jagged rocks, instead of sand dunes, on one side and the ocean on the other.

I was by myself when a huge tidal wave appeared, broke over me, and swept me away. I have no idea what that was all about, but it still makes me feel as though I’m gasping for air ~ to this day.

After a couple of years, it just stopped as quickly as it came. I don’t recall dealing with anything major at that age, but it must have been about something.

Oooh! I’ve never had a recurring one like that, but I’ve experienced that heart-racing or breathless after effect of a dream. Can be very disconcerting! And yes, they’re so fascinating!

I find dreams so fascinating. It’s so interesting how our minds put things together in them and how we work through things in our sleep. I do think dreams represent unresolved issues. Great post!

Thanks! Now if I just knew what issue. Guess its resolved though, so maybe best not to dwell 🙂

I havent any of my recurring dreams / nightmares that I used to have since I met my husband and gave birth to my daughter. A year after my daughter’s birth, and today making two years of marriage, I firmly believe the reason my whole act is together is because I have what I want in life. I think you may be experiencing that, too. We have fulfilled lives, and our subconscious is finally okay with leaving us alone!

I love that idea! Thanks!

I think sometimes dreams are reflecting back the emotional stress of some part of our life and using images that may not be related in any way to the dream. The underlying feeling of being suffocated may be the subconscious way we are feeling about something totally unrelated to the dream images. I’ve noticed we often draw images to our dreams from our everyday lives, unrelated in any way to the fear we feel. As a child I always had dreams of a monster chasing me. When the decision to face my fears reached my dream state, I turned around and faced the monster and he became a clown and started laughing and laughing. I never had chasing dreams again.