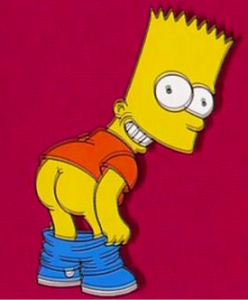 Another episode of Heard at Our House:
[scrippet]
INT. LIVING ROOM – NIGHT
The television is tuned to Real Housewives of Orange County. The PARENTS sit on the couch, watching the train wreck that is RHOC.

ISABELLA
Can I watch?

Isabella makes a face. Stands between Parents and the television.

Thanks so much to everyone who made yesterday’s Release Day for WHEN PASSION LIES so much fun!

If you missed the newsletter I recently sent out, you can read it here. Lots of cool stuff coming this summer!

So, how about you? Feel like sharing your kids’ embarrassing stories? Come on now, don’t be shy. Let’s not leave my poor kid’s, ah, rear, hanging out there all by its lonesome!

But that’s so cute! Sounds like someone wanted a little attention. 🙂