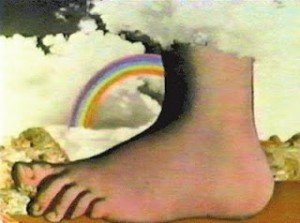 This post continues where Monday’s post (From Supreme Ruler of the Universe to Girl Next Door: How to Write Believable Characters) left off.

You, as the supreme ruler of your story, have given your character a goal. Excellent. And your goal as a writer is to create a well-paced story that has compelling characters and organic plot progression. Believe it or not, all that stems from what your characters want (their goal) and how much they want it (how motivated they are).

At the beginning of your story, something is going to happen that creates either a desire or a necessity for change (trying to win the girl, for example, would be a desire; being thrust into a room full of terrorists and trying to survive is a desire, sure, but it stems from necessity). That’s the moment when the story truly gets going, and it’s often called the Inciting Incident. If a character’s desire is so strong as to either create the inciting incident or move them through it, then the character’s desire is creating action. That’s motivation, and it’s the engine of your story.

Motivation does not have to be complex, but it does have to be compelling. Look at Bruce Willis in Die Hard. He wants to save his wife. That straight-forward desire creates forward momentum for an entire movie, and leads to lots of sub-goals that go into bringing that desire to fruition.

Similarly, Scarlett O’Hara is motivated to have money so that she never has to suffer from being poor again. That desire drives the entire second half of the story. It’s a simple, universally understood desire, and yet it drives one of the most well-known characters of our time.

So where does that motivation come from? Character background … and that translates to backstory.


With regard to Scarlet, for example, we see much of the backstory of her goal to acquire wealth. She practically starved after the war, and that’s strong motivation to have money to buy food, have nice things, be self-sufficient.

But what if your backstory doesn’t support your character’s goal? I’ve written and critiqued a lot of pages over the course of my career, and this is something that comes up quite often. That’s understandable; the creative process is fluid. But it’s that fluidity that’s key. I’ve worked with writers who dig in their heels, insisting that X and Y is what happened to little Johnny back when he was a child and that’s why he is the way he is. But X and Y don’t support the fact that little Johnny is now a determined loner who floats from town to town saving people from vampires. The backstory doesn’t fit the goal, and the character doesn’t fit into the box created by the author.

Worse, the author refuses to adjust the backstory because “that’s his story.”

In my very first book, I needed better motivation for what my hero was doing. He was essentially committing a crime (impersonating someone) and my editor rightly pointed out that he needed a stronger motivation. In draft one, he’s an only child. But upon revisions — who knew! — he suddenly acquired a brother, not to mention an entire life with that sibling. And guess what? That one seemingly small change altered everything and a story that didn’t work now flowed.

So fiddle with backstory, folks. You’ll be surprised just how “motivating” that can be.

I’ve been loosely doing Writing Wednesdays, but I’m going to do them with more regularity in the future. So next Wednesday, look for a post on the process of crafting backstory. When do you start working on it? How? What’s the word on character dossiers and interviews. Fun stuff!

Are you a writer? Have you ever ripped out a backstory and changed it entirely?

[…] And that, Dear Reader and Dear Writer, is something we’ll talk about on Wednesday in Part 2. […]

Backstory. Oh yeah, I’ve only recently realized how useful it can be–that it can work with me not against me. Like you said, I’m the ruler of my made-up universe so I can dictate what happened in my characters lives! It’s been a slow transition or “awakening” for me, so I’m still having to remind myself that what “was” in my character’s past, doesn’t have to “be”.

Thanks for all these helpful, writerly posts, Julie. They’re much appreciated. 🙂

Oh, good. I’m so glad you find them helpful!

I actually flipped around a large chunk of backstory for the protagonist of my first novel, which helped tremendously.

It’s such an important thing to remind writers that we are god in our (story) worlds. For the duration of my first two novels, I pretty much pantsed through them operating on the belief that I was just following my characters around. And boy, do they know how to meander.

The new book I’m working on has been so liberating — and all because of the enabling knowledge that I’m god in this story. I choose when the action rises and falls, I choose where the major plot points are and where my characters came from. I choose when they pick their partners, pick a wedgie, or pick their noses.

And if it doesn’t work, I choose to fix it.

The way it happens to me is I switch which character is the main one, and the backstory comes with him/her.