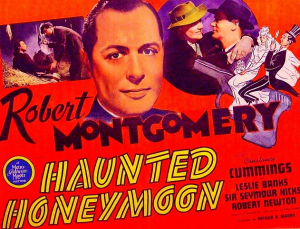 Check out the latest post at Reading Agatha Christie.

Turns out my husband has a secret crush! How did I not know this!

The merchants of culture are always trying to determine what resonates with the public and what makes them scratch their heads. Peter Hoeg’s novel Frøken Smillas fornemmelse for sne was translated for Americans as Smilla’s Sense of Snow, a fine title. I was in London when the book came out and saw the British version of the book. The title was Miss Smilla’s Feeling for Snow, which sounds rather like the young Scandinavian woman had a fetish for various forms of frozen H2O.

I’ve never met your husband and probably never will, but I like him already. He’s got great taste in authors, you and Agatha Christie. You could be in much worse company than the first lady of crime. Tell him I look forward to his thoughts on The Secret Adversary. I know they’re not nearly as famous as her two other detectives, but I’ve always liked Tommy and Tuppence. Oh yeah, I love how his blog – to which I’ve subscribed in Google reader – puts you in a category all of your own: “Other writers of note”!!