Somewhere Else in the Universe - J. Kenner Skip to content 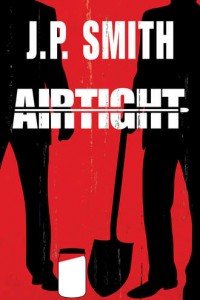 While I’m guest blogging today over at Bookblogs.ning, guest blogger and author J.P. Smith is holding down the fort here, blogging about about writerly epiphanies and UFO’s and eccentric folks and inspiration. This post originally appeared at The Nervous Breakdown in 2010, but it’s just as entertaining now!

It seems to me that in every writer’s life there’s one event—an epiphany, even—that can be considered a defining moment when the seed is planted that will one day blossom into a lifetime of putting words on a page, waiting weeks and months for one’s agent to call, and generally cursing one’s reflection in the mirror for having chosen such a solitary, thankless and financially unrewarding career. Yet we do it because, well, we don’t know how to do anything else.

When I was in college, while others were assiduously working towards becoming attorneys, bankers, and various other highly-remunerated and potentially-indictable members of society, my choice was to be a rock star. Not a great musician, but a rock star. It’s mostly about the perks, of course: chauffeurs, groupies, stimulants, and stepping onto a stage while 40,000 people scream YES!!!

For me, this early stage of my ascent to stardom involved playing bass guitar in an under-rehearsed band that gigged most Friday nights at Harvard Law School smokers where none of us, save the rhythm guitarist, was actually studying. We were paid well and in cash, an amount that today would probably be the equivalent of something like $200 apiece. In any event it bought one lots of records, books, a late-night dinner at the Deli Haus (where all the musicians playing Boston came after their last sets, save that they were instantly recognizable and we were just a bunch of guys with their girlfriends eating pastrami on rye), and a pair or two of Landlubber bellbottoms. Being a rock star at this level involved not a lot more than showing up, keeping your instrument in tune and convincingly vamping your way through requested songs whose chord changes were still something of a mystery. It was fun watching future federal court judges trying to dance, but my being an English major inevitably led me to graduate school, then a teaching job, and then becoming a writer. My Gibson Thunderbass is now just history. As is my music career.

Just as Proust could date his start as a novelist to his sudden vivid awareness that the past is eternally here in the present, I think I can locate my origins in something far more mundane.

In my very early teens, perhaps as a means of escaping a distinctly neurotic homelife tipping into full-blown disfunctional, I joined an organization devoted to the study of UFOs. While other boys were studying baseball statistics or even, oddly enough, doing schoolwork, I was reading about sightings, visitations and—though these were fairly rare back then—outright snatch-and-grab jobs (and the ubiquitous anal probings one always heard about in later accounts) by little green men. I now see that this was a gateway to some very serious years of drug use, both psychotropic and of the harder variety, that came later in college. By which time I wasn’t the least bit interested in waiting around for things to appear in the sky. I had other means of escape in the form of a syringe or a purple tablet. I saw things without even having to glance out the window.

Meetings were monthly, and were usually held in one seedy hotel or another in the West 40s, an easy walk from Grand Central. These hotels had about them the lugubrious air of suicide and failure, the smell of tough luck emanating from every wall and acre of stained carpet. One rarely saw what one might think of as guests there—none of your ladies in furs and gentlemen in their Brooks Brothers suits smoking in the lobby, waiting for a taxi to take them to a show and dinner afterwards at Longchamps or Sardi’s. But there was no one, and never was, save the elevator man, always beyond weary as he sat in his little box going up and down the floors.

The organization was run by a perfectly decent man who could have easily passed for an accounting teacher at a community college. Meetings were attended by some forty or so people of various ages (and, from the outer boroughs, a few followers of the John Birch Society, which in retrospect doesn’t surprise me in the least), and the evening would begin with the group’s accountant, a harried-looking middle-aged man in a gray suit who looked like he’d walked out of a pinochle game in Washington Heights. He’d step up to the microphone and detail the treasury. “Cash on hand, $356.54. Bills paid for the month of March, twenty-two dollars and forty-nine cents to the printers; twenty-three dollars to Cohen’s Hebrew National for lunches; a hundred and fifty for this evening’s speaker.”

Behind him would sit his wife, whom I remember as being English and rather plain, and who, in a deep trance sometimes broken by alarmingly loud outbursts and exclamations, would hold a Ouija board on her knees, her fingers resting daintily on a planchette as it zipped around the alphabet grabbing messages from the great beyond. This was a scene of immense absurdity I cannot convince anyone actually took place. Yet it did. Many times. I am your witness.

The speakers ranged from disgruntled Air Force officers to the respected Saturday Review journalist who in a few years would write the first account of Betty and Barney Hill’s supposed alien abduction, Incident at Exeter. In the audience on some evenings could be found such personalities as the legendary broadcaster Long John Nebel and the magician known as The Amazing Randi. Meeting him I asked if I should call him Amazing or simply Mr. Randi, and we settled for Jim.

Among the regulars there was the Mystic Barber, a chubby ordinary man with a five o’clock shadow and a pencil mustache who wore on his forehead a kind of TV antenna and an earphone attached to what looked like a transistor radio wrapped in electrical tape. He claimed he was listening to Mars, and for five bucks I could, too. (Though after a time he was good enough to allow me a freebie: static, sadly, is still static, no matter how much you pay for it or what planet generates it.) In real life the Mystic Barber was Andy Sinatra, a Brooklyn-based tonsorial artist who claimed to have traveled not only to Mars but also the center of the Earth, and whose afterlife lingers still in a photo taken of him by Diane Arbus.

The exceptionally tall skinny man in the light gray suit, the one who could be either an advertising executive or a retired basketball player (from my altitude, always near to the ground, I assessed him as being close to seven feet tall), was the entity known as Ed from Venus. The man was dead serious and immensely articulate. I remember he told me with a completely straight face: “This is the form I assume when I’m on Earth. Otherwise you wouldn’t be able to look at me.” He would ask intelligent questions of the speakers, listen attentively to the answers, and his manners would not have been out of place in the court of Louis XV. Yet he claimed to be from Venus and, if asked, would always tell any interested party how things were up there. (“Cloudy,” was the usual response.)

Another regular was a young woman—I would guess in her late twenties—who, wheelchair-bound, would be pushed in by an older woman, possibly her mother. She remains for me the true enigma of these times. I remember her as genuinely beautiful; radiant, with a kind, serene smile, golden hair, and always dressed as if she were a bridesmaid. She carried a wand with a foil star on the end of it, just as on her gown had been pasted foil crescent moons and planets. This was the Princess of the Galaxies. It was what she called herself, it was how she was greeted, and as she was wheeled to her place at the front row she would bless us with a graceful wave of her wand. For me she became a matter for speculation. Was she, like Miss Havisham, a bride deserted at the altar? Or someone whose promising early career, perhaps as an actress, had been tragically cut short by a car accident? She seemed to me somehow just too young and dazzling to be so entangled in this fantasy: what, I wondered, had led her to assume such an identity? Did she also use it after hours, so to speak, when having a drink at the Biltmore or checking out the latest titles from the public library? At least the Mystic Barber had his haircutting business, and, I assume, Ed from Venus some perfectly respectable job in a Madison Avenue office. But the Princess…? Where did the fiction begin and where did it finish? And did it, in fact, ever end?

What remains of my memories of those times isn’t anything about flying saucers or lights in the sky, but rather the people who came there—these wonderfully eccentric men and women who, possibly bullied in their youth for being handicapped or outrageously tall or simply as ordinary, I now imagine preening for these monthly events, adjusting antenna, wand or gray suit, and then returning to a life of intense solitude in a studio apartment on the West Side or in Brooklyn where all that remained for them was their imaginations, their sometimes identities, and their boundless desire to flee the four walls of their room with its unchanging view, the bottle of bourbon on the counter, the voice of Johnny Mathis emanating from the Zenith radio beside it. For them going to these monthly gatherings may have been an escape into a galaxy far from their own where they could be considered an equal, accepted for whatever they wanted to be. Had the Princess of the Galaxies written the narrative of her own life, a story of light years and distant travel and visits to places unimaginable?

This rich history with its own mythology, its own royalty of which she was the shining representative, may have given her a life that even had she had the use of her legs might have been forever denied her. For me, their worlds became a matter of speculation and empathy. It became, in fact, my gateway to the nature of fiction.

J.P. Smith’s latest novel is Airtight, from Thomas & Mercer. His previous five titles, The Man from Marseille, Body and Soul, The Blue Hour, The Discovery of Light, and Breathless, have also just been reissued as e-books and trade paperbacks. Further info and excerpts from the books can be found at: www.jpsmith.org.

Are you a writer? What moments of inspiration do you recall?

Thanks so much for stopping by.  And remember, today’s the last day to enter my holiday contest for a chance to win a $25 gift certificate! (if the widget is wonky, try refreshing the page)

I liked this blog post. Its actually the first on I have actually read, i stead of skipping. Thanks J.P. Smith for keeping me entertained with your post.

Thank you, Shawnie! Much appreciated!