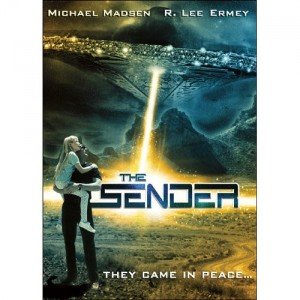 I’m thrilled to have my friend Richard Ellis Preston, Jr. blogging here today! I’ve known Richard since my days in Los Angeles (he and my husband were roomies!) and he’s a great friend, a terrific guy, and an amazingly talented writer.

He’s written dozens of made for cable films including The Sender starring Michael Madsen and R. Lee Ermey, and he (and my husband!) wrote for a kids’ television show that aired on Animal Planet.

He has a new book coming out this summer, Romulus Buckle & the City of the Founders (The Chronicles of the Pneumatic Zeppelin, Book One), and I’m so psyched about it!

Hello all friends and followers of Julie Kenner!  Julie is an old pal of mine and it is an honor to be a guest on her blog.  She is a wonderful writer, a wonderful person and one heck of a wit.

I have a steampunk novel – the first in a series – coming out from 47North this summer, and she has given me the opportunity to talk about steampunk in general for a few moments, among other things.

What is steampunk? That seems to be the big question – and one I feel awfully unqualified to answer – but my take on steampunk is as a subgenre of science fiction which tends to embrace a dystopian vision of the world where Victorian/Edwardian society and fantastic steam-powered machines are the norm. 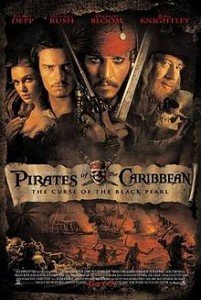 The Victorian era, encompassing the height of the British Empire and the birth of the industrial age, provides contradictions and contrasts which are fodder for a rich storytelling landscape: the prudish Victorian ideal of romantic love vs. hedonism and debauchery; extreme wealth vs. extreme poverty; man vs. machine, and the glories of empire vs. the exploitations of colonialism.

Steampunk novels range from in-depth explorations of the aforementioned themes to using them as backdrops to stories more interested in action, mystery, automatons, romance and mayhem.

My book, Romulus Buckle and the City of the Founders, is about a war zeppelin crew–pitched by my agent as a “steampunk Pirates of the Carribean.”

It’s a swashbuckling story in the tradition of Raiders of the Lost Ark, Casablanca, and Captain Blood.
Steampunk has a loyal fan base and seems to be on a rise in terms of popularity, as far as I can tell.  It is all about the look, in many ways, with all the hulking but gorgeous brass, copper and iron steam (or mystery-powered) machines of the age.

Two of my book’s three lead characters are strong women and I really like that: writing from the perspective of both sexes balances and complicates everything so nicely.  I have been outnumbered by female family members all of my life, so it seems natural to me to populate my fictional worlds with highly capable XX chromosome pairs.

Think of Jules Verne’s Nautilus submarine from 20,000 Leagues under the Sea or H.G. Wells’ Time Machine – both authors are considered grandfathers of steampunk – and you get the idea. 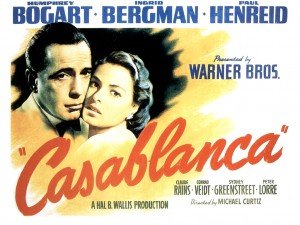 As a writer, I worked in children’s television and made-for-cable television and films for over a decade until I turned to novel writing, and this is where I feel I belonged all along.

If I had any advice for aspiring writers it would just be the old, worn-out stuff it took me so long to take to heart: write the story you know you must write and there is a chance the readers will sniff out the uniqueness and come to you – if you write what you think the readers want you will fade into the crowd clutching a wad of wasted time that nobody wants that you never really believed in anyway. 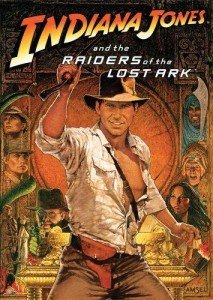 My manuscripts, published or not, are intense labors of love – stories that I am dying to read my self – I don’t know how I could summon the momentum to finish them otherwise.  I came to Los Angeles to begin my writing career in 1991 and my first novel is being published in 2013.  I am the typical overnight success.

Thanks so much to Richard for being here today!

I was lucky enough to get an early read of Romulus Buckle & the City of the Founders, so I’m going to share the description here:

In a post-apocalyptic world of endless snow, Captain Romulus Buckle and the stalwart crew of the Pneumatic Zeppelin must embark on a perilous mission to rescue their kidnapped leader, Balthazar Crankshaft, from the impenetrable City of the Founders.  Steaming over a territory once known as Southern California – before it was devastated in the alien war – Buckle navigates his massive airship through skies infested with enemy war zeppelins and ravenous alien beasties in this swashbuckling and high-octane steampunk adventure.  Life is desperate in the Snow World – and death is quick – and Buckle and his ship’s company must brave poisoned wastelands of noxious mustard and do battle with forgewalkers, steampipers and armored locomotives as they plunge from the skies into the underground prison warrens of the fortress-city.

Romulus Buckle is only nineteen years of age, and his brilliance as an air commander is tempered by recklessness and an obsession with the recent death of his sister, Elizabeth, at the hands of the Imperial clan.  Fortunately for Buckle, his Chief Navigator, Sabrina Serafim, a beautiful officer with scarlet hair and a mysterious connection to the Founders clan, and his Chief Engineer, Max, a half-alien female of devastating beauty, are at his side when cooler heads must prevail.  Unfortunately for Buckle, and despite everyone’s best efforts, a romantic triangle is emerging between him, Sabrina and Max, and the rising passions threaten to rip their close association asunder.  Buckle, Sabrina and Max are orphans, three of eight adopted by Balthazar, and each orphan has a past which has never been revealed to the others.

Together with his crew of orphans and never-do-wells, Captain Romulus Buckle must lead the Pneumatic Zeppelin on a desperate mission where he must risk everything to save Balthazar and attempt to prevent a catastrophic war which could wipe out all that is left of civilization and the entire human race.

But, in the Snow World, nothing is ever what it seems to be.

And Richard is doing a giveaway, too! So be sure to scroll down to the Rafflecopter widget!

So how about y’all? Do you love steampunk? Richard’s book is coming out this summer.  What books are you looking forward to later this year?  Scroll down to leave a comment!

It sounds like a fun book. I used to be a huge fan of “The Adventures of Brisco County Jr.” (And way back, “The Wild Wild West.”

Writing steampunk can be an adventure as well, because it’s so much fun to let your mind wander into fantastic places. I had a steampunk short story published in an anthology last year. (I’ll refrain from naming it here, thereby sparing you a commercial.)

Thanks for taking the time to post a comment, Michael. Yes, steampunk is a fantastic world to play in, isn’t it? Best of luck with your writing. Richard

Well, now we’re curious, Michael. Tell us about your story!

I’ve just started really getting into reading Steampumk so I am catching up with series by Cherie Priest and Devon Monk among others. Romulus Buckle and the City of the Founders sounds fantastic! I can’t wait until it comes out!

Thanks for coming by, Jess! And I can say you’re right, it is fantastic. Love Richard’s comment in his reply to you below: a clanking ball of story machinery!

Jess – thanks for commenting! It does seem like a lot of readers are just discovering steampunk as a genre unto itself – the classic elements feel familiar to sci-fi fans, but steampunk forges them into one big clanking ball of story machinery! I greatly appreciate your enthusiasm regarding the book. Richard.

I’ve had the pleasure to read many of Richard’s past works in the form of screenplays and if anyone can write, it is Richard. I have never seen anyone as dedicated to the craft as he is and if this book is anything close to the creativity he has placed on many 100 plus page screenplays, then this is going to be great. Also, make sure you check out DragonCon this year. Steampunk is huge at this conference in Atlanta. I had no clue what Steampunk was until I went to DragonCon. Anyone have any thoughts on this?

DragonCon is a fabulous conference! Haven’t been in years b/c the timing just doesn’t work out well for me, but I really, really hope to go again soon!

Hey Adam thanks so much for stopping by and saying such nice things! Adam is a creative monster in his own right, and as well as being a slam-bang writer he is putting together a web series based on a killer short he did which I think will be something special. Adam makes an interesting comment that he did not know what steampunk was until he attended DragonCon – as I mentioned also in my little piece – it seems like people just stumble across steampunk most of the time. Hmmm – maybe I shoudl try to attend DragonCon Atlanta this year – can i sleep on your floor with the dogs, Adam? LOL. Richard.

Who Is your favorite child Character and why do you like them?

My favorite child character? I’m not sure if you are referring to my own book or just literature in general, but probably the latter. I always loved Mowgli from Kipling’s Jungle Book, because he was so innocent and Baloo and Bagheera were such friends to him.

I don’t believe I’ve read any offical book labeled steampunk but I like mixed genres and this does seem like something I would really enjoy. I always liked the Wild Wild West and seems like this is similar.

Catslady – Thanks for your interest! I am just starting to promote the book and it is nice to hear that some readers are curious about the genre. Richard.

I think I’ve been waiting FOREVER for Richard’s book — and the more I hear of it, the longer that wait seems 🙂 Steampunk pirates, ahoy!

I loved the interview, and I really loved Richard’s advice to new writers. Thanks, Julie and Richard.

Thanks for coming by Jenny!! I’m with you! Bring out the book!!!

Jenny Schwartz thanks for your enthusiasm! It is wonderful to have so many nice people in my corner. And for all of you ravenous readers out there – I have read Jenny’s “Courting Trouble” from her Bustlepunk Chronicles and it is a great read. Richard.