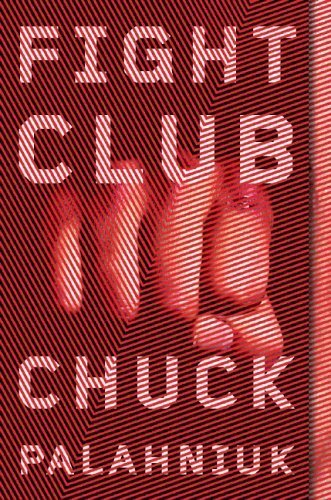 I’m excited to have Kelly McClymer as a guest blogger today! (And I was even more excited when I learned that Kelly was a mystery shopper — how cool is that?)

If you haven’t checked out Kelly’s books, you’re missing a treat!  In the blog, you get insight into one of Kelly’s upcoming books, but if you want a taste right now of Kelly’s awesomeness, be sure to snag a copy of one of her titles!  Why not check out The Fairy Tale Bride?  It’s free!!

While I was trying to figure out how to begin my guest post (thank you for inviting me Julie!), I woke up with the thought, “The First Rule of Writing Club is…”

Like most dreams, the thought was incomplete and vaguely disturbing. I worried at it while I brushed my teeth. And then I felt the answer settle in. The First Rule of Writing Club is: Be Interesting. And then my editor kicked it and changed writing club to write club. 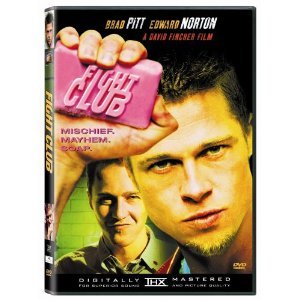 That first rule meme spawned by “Fight Club” applies to a lot of things. But for writers, trying to come up with a first rule that rings true is just as hard as it is coming up with an idea, fleshing out characters, plotting, and writing scenes. Being interesting is what is hardest for me. My ideas all come from combining incidents from my life (boring) with a (very) large dash of “Hey, what if…?” 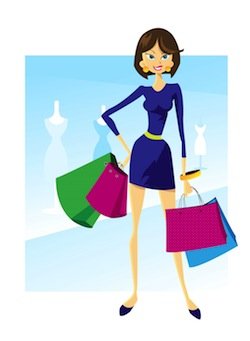 For example, my upcoming new Secret Shopper series, which begins with Shop or Let Die, introduces Molly Harbison, a harried stay at home mom of two who tries her hand at earning extra money by becoming a secret shopper and ends up being one of those types who seems to stumble over crime wherever she goes. I drew on my own hands-on research into the job.

Yes, that means I was a mystery shopper in real life (and a harried mother of three). Picturing high stakes? High tech? A martini, shaken? Not so much. My highest stakes were the grade my scheduler gave my report (like in school, some graders refuse to give top grades on principle that nothing is ever perfect :-), and the time factors that could nullify a report (if you don’t beat the ticking clock, you don’t get paid).

Some people think mystery shopping is one of those scam jobs, like stuffing envelopes from your home. But it is a vital underground industry, used to keep service standards set at large chains. Legions of women (and a few men) troll the job listings on dozens of mystery shopping sites. And (not unlike writers), they populate discussion boards sharing tips on everything from how to avoid getting caught making notes for your report to how to qualify for the best shops (spas, resorts, fancy hotels, high end restaurants, etc.).

The bonus for me was that I learned a lot about people while firing up the timer in my pocket, carrying a camera, and hiding a notepad in my purse. Not every employee enjoys having to smile just because there’s a customer in front of him. Some coffee shops actually have a set temperature range for “hot” coffee. Most of all, there’s a lot more that goes into smooth service than one might imagine from in front of the counter.

A lot of what I learned went into the work that Molly does in the novel. But, keeping the first rule of write club in mind, I applied a liberal dose of “Hey, what if…?” Because even I have to admit that it is boring to watch people do their jobs pretty well most of the time. And so much more interesting when things go wrong.

In writing, I changed a lot of the specifics to protect the innocent (and guilty), so I can’t tell you a real tale from my mystery shopping. But I can tell you about my daughter’s experience working for a fried chicken joint while in high school: she got shopped and received a perfect score and a $100 gift check. Twice. Her reward for listening during training and actually following the script? A few of her fellow employees gave her grief. (The $200 mitigated that pretty thoroughly). High school, high drama. Those were the days.

Little did I know that one day I would be on the other side of gifting rewards for perfect service. I’d tell you more, but…the First Rule of Mystery Shopping is: you don’t talk about Mystery Shopping.

[Note: I will break that rule for anyone who is thinking about trying mystery shopping for a flexible income stream. Drop me an email on my website if that applies to you.]

About Kelly: After writing for traditional publishers for a decade (romance, fantasy, and young adult novels), Kelly McClymer has discovered the fun of following her own muse and throwing over old traditions in favor of new creative paths. She plans to enlist her critique group and beta readers in helping her decide when her novels are ready to go to the copy editor, ebook formatter, and be put on sale. The critique group is solid, but interested beta readers are always welcome to sign up for her newsletter to get first news of a novel ready for beta. You can find out more on her website http:kellymcclymer.com, by following her on Twitter http://twitter.com/kellymcclymer, or Liking her on Facebook http://facebook.com/kellymcclymerbooks.

JK here again!  So, who other than me now wants to go be a Mystery Shopper?  Have you ever done that? What’s your funkiest job?  Let us know!

Thanks for making my post so pretty, Julie. I wish I’d had the cover back from the cover artist, but your photos are perfect!

You are so very welcome!!

What a fun article! I too have had some great odd jobs including:
mystery shopper – never found a crime but did get pulled over by store guard, as he thought I was shoplifting – blew my cover!

Teacher (not so odd), worked at a plant & garden shop (met so many interesting characters & now have a bit of a greener thumb); sold HVAC (great company, great tech’s, great customers – how I learned & joined Wounded Warrior Project.

And the best – helped at a bookstore, covering their lunch hour, and talking with customers about books!

Oh Elaine, I always worried I would get caught, but I never did (as far as I know). How funny…hmmm. Definitely need to consider that one for the “What if…?” pile.

I never heard of mystery shoppers till I read this post. I feel so much smarter now that I know about this odd job. I don’t think I’ve ever had one quite so odd. During much of the time we lived in New York I worked for a company that supplied part time workers for other companies. That probably produced the oddest jobs. I worked for a swimming pool company, for The American Cancer Society in NYC and for a Yacht builder on Long Island. Once I worked for Stanley Products and went door to door soliciting in-home parties which I then held. None of these are really very odd, are they? Enjoyed this post, though and learning the direction it took Kelly in her writing.

The new series sounds just as intriguing as the mystery shopper job…looking forward to it!

Thanks so much, Doranna!

What fun it must have been to be a mystery shopper and how clever of you to turn it into a series. Right out of college, I worked in the management development program of a department store chain. One of the strangest stories I heard while there was that a man in the shoe department had sat down and died. The store manager decided to leave the poor fellow where he was until the store closed so as not to upset the customers!

Oh Phoebe! Weren’t you just glad you weren’t the one to have to decide what to do? Leaving him there sounds like British comedy to me (perhaps drape him with a dashing scarf to prop his head up and stick a pipe in his mouth). American comedy would require the poor man to have been awkwardly dragged out in as slapstick a manner as possible. Poor man, I hope they didn’t tell his family what they did.