Learn Where to Dump a Body in Austin, Meet Tessa Adams, and Maybe Snag a Signed Copy of Soulbound! - Kenner. Beck. Author. Skip to content 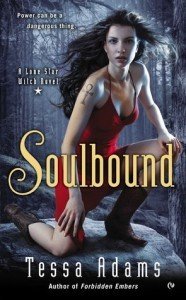 First, off, thanks so much for having me, Julie.  I’m a huge fan of your books and am absolutely thrilled to be here today talking about Soulbound, the first book in my new urban fantasy series

[Thank you, Tessa!  I’m absolutely thrilled you’re here.  I love urban fantasy, and so it’s incredibly cool to get to host a blog about the start of a brand new series in one of my favorite genres!]

Soulbound is the story of Xandra Morgan, a witch whose powers come from Heka (Egyptian magic and the oldest recognized magic on earth).

Despite the promise of great power, for most of her life she’s been latent due to circumstances she doesn’t understand.  But when Declan, a dark warlock with amazing power, comes into the picture her magic wakes up with a vengeance—much to her dismay.

Because Xandra isn’t like most other witches.  She can’t do spells or mix potions or heal.  Instead, she sees dead people– not ghosts, but the bodies of people who have died violently.  It’s not exactly a cake walk, especially when she’s magnetically drawn to these bodies and forced to endure the pain and terror of the victims as she relives their deaths.

And since a serial killer is on the loose in her adopted city of Austin, Texas (my home town) and that serial killer is seeking to both kill her and get Declan indicted for murder, things get sticky fast …

It’s a dark book, but one that I actually had a lot of fun writing.  Though it’s an urban fantasy/paranormal romance, it’s also a murder mystery loaded with clues and twists and turns.

In fact, one of the most interesting parts of writing Soulbound, besides researching Heka, was trying to figure out where around Austin I wanted to kill people (in the book, I swear).  For six months I drove my husband and oldest son crazy because wherever we went around town, I was constantly pointing out places that I thought might make good murder sites or body dumps.  And since half the time my son’s friends were in the car … let’s just say I got to have a lot of fun at their expense.

So when it came time to do this blog, I thought I’d make a top five list of places in Austin I considered dumping bodies.  Some of them made it into the book and some of them didn’t.  But all had the dark, creepy vibe I was going for—at least at night.

5.  Town Lake/Lady Bird Lake, which is next to/under the Congress Street bridge, a place Austin is famous for because at twilight hundreds and thousands of bats swarm out from underneath it and take to the night sky.

4. The Paramount Theater downtown, a movie theater and performance venue in the tradition of old Hollywood movie houses.  There’s one big theater, lots of gold/gilt trim, pictures on the ceiling and red velvet seats. 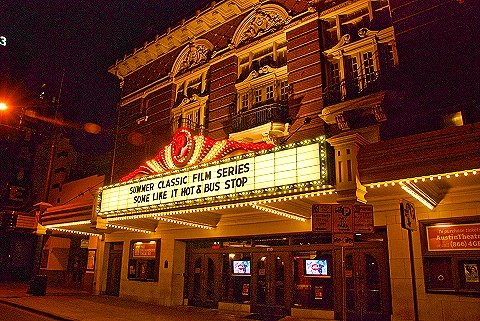 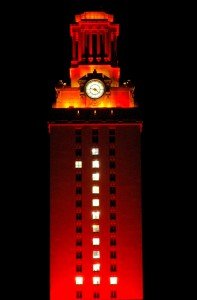 3. The UT Tower, which was made famous by Charles Whitman in 1966 when he shot and killed 14 people from the top of it.  The observation deck was closed for years, but it has since been reopened.  It offers one of the best views of Austin.

2. Kerby Lane Café: The best place for pancakes in Austin, bar none. A funky little café that embodies the Keep Austin Weird vibe, Kerby Lane is my favorite place to eat breakfast in town. Most weekends they have a street musician playing music on the sidewalk near the front door to keep the hordes of starving Austinites calm

If you have any suggestions for interesting or spooky places I missed or can use in the next book—either in Austin or someplace else in the U.S. (I haven’t decided where I’m setting it yet)—be sure to leave a comment.

One commenter will win an autographed copy of Soulbound and get a chance to check out which of the sites listed above actually made it into the book.

How about it, readers?  Got suggestions for body dumps for Tessa’s next book?  Let use know!

Congrats on the new release! Sounds like a great start to a new series.

bacchus76 at myself dot com

It does, doesn’t it? I can’t wait to dive into my copy! As for Chicago, I’m shocked! I mean, Chicago is NEVER used as a setting in crime movies, LOL!!! 🙂

We have some great “body dump” sites and spooky places out in the countryside outside Smithville and Bastrop Texas you might like. Some really “grim” areas since the 2011 Labor Day wildfires destroyed our forested acreage and left it’s mark for miles around.

Chicago seems like it would be loaded with spots! Good idea. And Jackie, I kow exactly what area you’re talking about. It is spooky, and so sad.

I admit that I agree that Chicago would be great….. but, Seattle is even better!

I would so love to visit Seattle! (Need to add that to my list …)