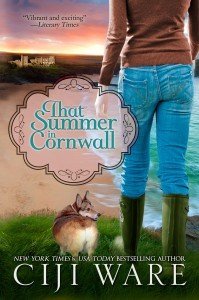 Please welcome Ciji Ware to the blog today, talking about something near to my heart–sequels.  I love getting attached to the characters I read and write about, so I’m a fan of sequels and series–however they’ve come to be!

Check out Ciji’s post … and be sure to check out her latest novel, That Summer in Cornwall!

Sequels to novels are inspired by any number of reasons:

A)   The first book was too long and got chopped into two novels.

B)   The author has run out of ideas and figures a spin-off is a solution to a creative “dry well.”

C)   There were “loose ends” left at the end of the story that beg for a “To be continued” follow-on novel.

D)   There was a minor character in the original book that the novelist thought had a story of his or her own, just waiting to be told.

That Summer in Cornwall definitely fits into Category “D.”   My new book, published February 1, 2013, is a contemporary, stand-alone sequel to my time-slip novel, A Cottage by the Sea that was set in the eighteenth and twenty-first centuries and published some fifteen years ago.

The idea for a second book, also set in Cornwall, England, came to life because of one question that had long lingered in my mind:  whatever happened to little Janet, the three-month-old baby girl born to the odious British film director, Christopher Stowe, and Ellie Barton– that husband-stealing sister of my wonderful heroine in Cottage by the Sea, Blythe Barton, who eventually became Lady Barton-Teague, thanks to her remarriage to Sir Lucas Teague, the modern owner of crumbling Barton Hall?

At the urging of the child’s blood aunt who has had no contact with her niece since the child was a babe in arms, Meredith decamps from her job as an intensive care nurse and pet therapy specialist in Jackson Hole, Wyoming, to spend the summer with the ill-mannered, computer-addicted Janet at Barton Hall, a castle perched on the cliffs of Cornwall.  The adult cousins hold high hopes that three months in the land of their ancestors might transform the troubled pre-teen into a happier child.

Then, former British Army Lieutenant Sebastian Pryce, veteran of a canine bomb squad in Afghanistan, arrives on the estate with some secrets of his own.  Soon Meredith begins to wonder if their immediate attraction and his empathy for her young charge are blessings, or the prelude to yet another heartbreak like the one she escaped by leaving Wyoming?  Who could predict that her Corgi, Holly, and a novice search-and-rescue Border Collie named T-Rex hold all the answers by summer’s end? 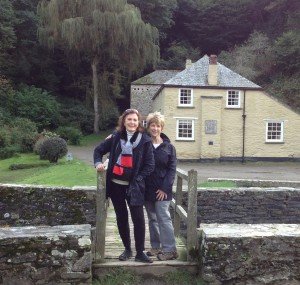 That Summer in Cornwall also grew out of the notion that I longed to make another foray into the land of my Ware ancestors who hailed from Clyst Honiton close to the border of Devon and Cornwall.

As I had in 1994, I invited my writer pal of long-standing, romance novelist Cynthia Wright (one of the “Historical Jewels of Romance” and author of a new novel, Tempest, set in beautiful Barbados) to join me in October of 2012 and retrace our steps of nearly two decades earlier.

My goal was to refresh my memory of that region and learn more about the wonderful work of the volunteer K9 groups dedicated to search and rescue efforts all over Britain. The trip also allowed Cynthia to research her up-coming series of novels that deal with eighteenth century smugglers that inhabited the region we both love to explore. 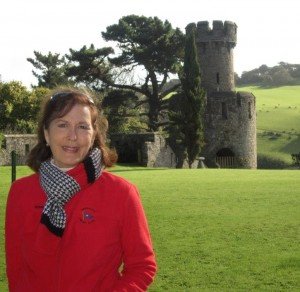 One of the great joys of that sojourn was our stay at Caerhays Castle near Gorran Haven, the model for “Barton Hall,” the stunning setting for both the original book and the sequel.

It is now possible to let rooms at this wonderful estate with its world renowned rhododendron gardens, and Cynthia and I spent nearly a week cosseted in the turreted Bottom Lodge across from idyllic Portluney Beach.

The more I learned about the links between Cornwall and its emigrants to America (and especially the Wyoming mines and ranches), the more the story of That Summer in Cornwall simply fell into place.  Not only were there the expected connections of mining and ranching, but I even discovered the Yellowstone All Corgi Club whose activities in that part of the world underscored how hard the “Queen’s Corgis” work as sheep herding dogs in the Rocky Mountain states, and in Britain. 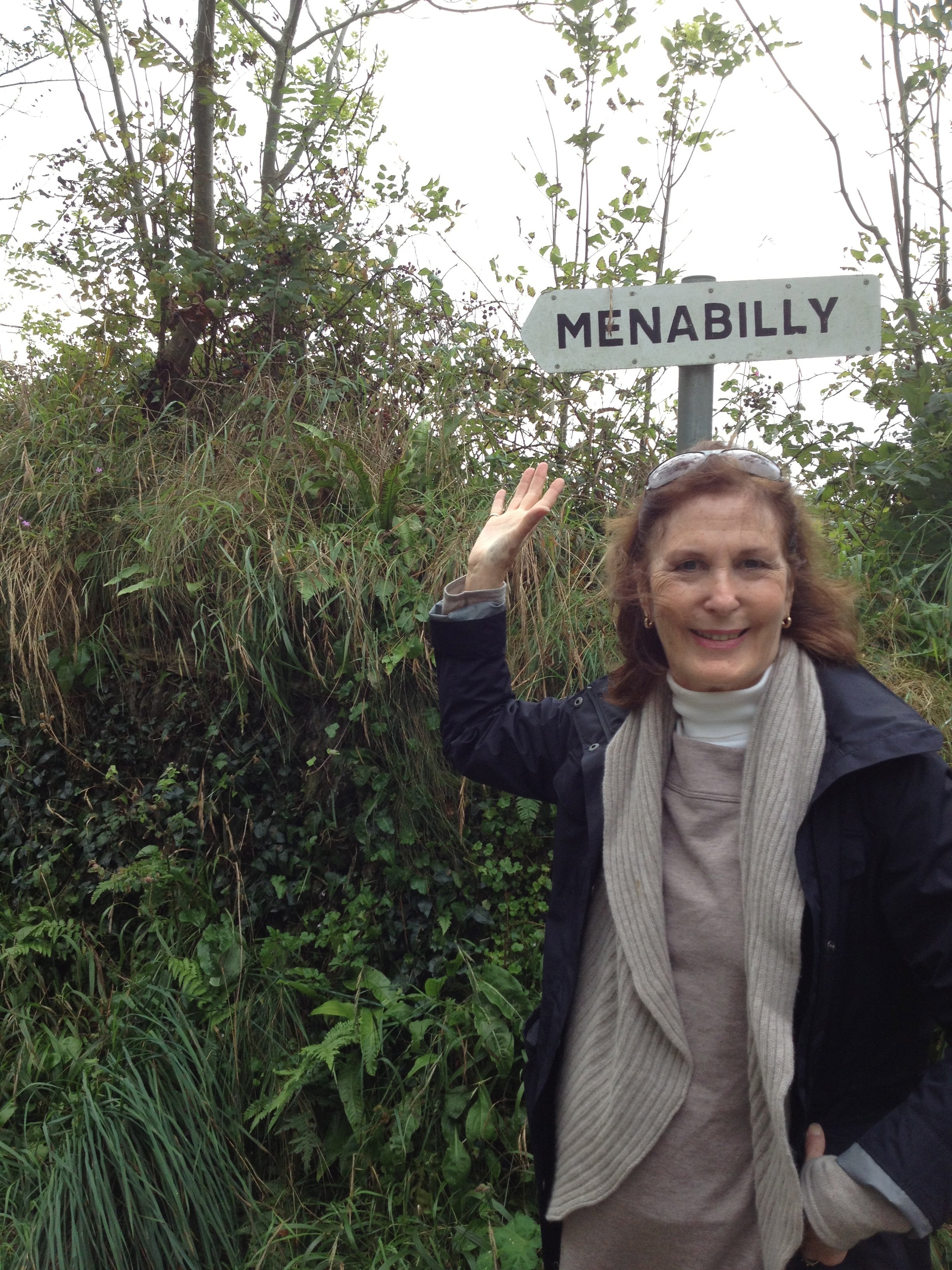 The area of Mid-Cornwall is also the region where Cindy’s and my mutual author/heroine Daphne du Maurier wrote many of her best-loved novels. We had a great time following in du Maurier’s footsteps, seeking out the locations of such classics as Rebecca, Frenchman’s Creek, and Jamaica Inn.  I hope That Summer in Cornwall honors her memory, and readers also think the new novel is a worthy sequel to A Cottage by the Sea.

Thanks so much, Ciji, for coming by the blog today!

Readers, what’s your most memorable trip?  Have you ever been to Cornwall?  Drop a comment and let us know!

Love the layout and the way the pictures display. Thanks SO much, Julie, for having me guest blog to celebrate the launch of “That Summer in Cornwall” and to be a ‘pick’ for your Hump Day recommends this week. You are truly a lovely pal…and also delighted to see how much “Relase Me” is really getting traction! All best, Ciji

A pleasure to have you! (I told my husband he has to check out the Bottom Lodge … wanna go!!! Looks so awesome!) And thank you for the congrats!