How to Stay True to History when Writing Historical Fiction books. Maryann Miller Shares Her Experiences (plus a contest!) - J.K.'s place Skip to content

Home » Blog » Julie/JK's Books » How to Stay True to History when Writing Historical Fiction books. Maryann Miller Shares Her Experiences (plus a contest!)

I’m excited to invite Maryann Miller to the blog today to talk about being historically accurate in writing fiction! It’s absolutely fascinating. Maryann’s also giving away a copy of her book Boxes for Beds, so keep reading! 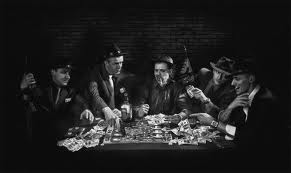 Thanks so much for inviting me to be your guest today, Julie. I’m happy to be here to write about historical accuracy in fiction. Getting it right is so important in books, television and film. People don’t like to be tripped up on their trips down memory lane because something is glaringly wrong, like a car in the wrong time period, or someone using an electric coffee pot when they were not invented yet.

In film and television there is a special person to handle continuity – making sure that the right things are in the right place at the right time. In television series such as Vegas, which is set in the 60’s, the continuity person makes sure that any modern vehicles are out of the scene about to be shot, as well as ensuring that everything else in range of the camera fits the era.

We writers have to do that for ourselves, although a good editor can help us spot discrepancies.

When I was doing research for my latest book, Boxes For Beds, which is also set in the 60s, I found a lot of accurate information that I could use. Primary to the storyline is the fact that the mob controlled Hot Springs, Arkansas from 1920 to the early 60s. I had to make sure that the mob had not been chased out prior to 1960, and I was glad to discover that they had not.

The central character, Leslie, is a single mother who was never married and attitudes toward unwed mothers were not the same as they are today. Girls who got pregnant prior to the later 60s were often ostracized and forced to give their babies up for adoption. The stigma of being “a scarlet woman” did begin to ease somewhat in the mid-sixties, so to be sure that subplot would work the story had to be set a few years earlier. I chose to use 1961, which was well before attitudes started to change.

That created a bit of conflict with another sub plot that centers on the Civil Rights movement. One of the reasons that the sheriff does not like Leslie is that he thinks she is “One of those Yankee do-gooders come here to tell us how to treat our nigras.”

To tie the two sub-plots together I needed some of the sit-ins and other attempts to break color barriers to take place in Hot Springs and the fictional small town of Pine Hollow before they did historically. While the Civil Rights Movement started in the late 50s, not much happened in Arkansas until 1964. That was too close to when the mob was chased out of Hot Springs, for my comfort, so I decided to have fictional sit-ins take place in Pine Hollow in 1961. I wrestled with the decision to play loose with that bit of history, but finally decided that I would, as long as I made a full disclosure in the acknowledgements so the reader would be prepared.

All three of the plot elements – the mob control of the area, attitudes about unwed mothers, and the Civil Rights movement – were integral to motivations. When babies are kidnapped in the small town of Pine Hollow, the sheriff, who is controlled by the mob bosses, is under pressure to solve the case without calling in the Feds. A convenient scapegoat, Leslie, has just moved there from New York. Locals are already speculating about her and her daughter and the lack of a man around.

The book was just released the first week of March, and so far readers have not been upset at my altering the true historical events. For that, I am very thankful. I made every effort to make all the other details accurate, including the electric coffee pot.

Do you alter history or true facts in your writing? Is total historical accuracy important to you as a reader? What will you accept and what won’t you accept?

Maryann Miller has won numerous awards for her screenplays and short fiction, including the Page Edwards Short Fiction Award, the New York Library Best Books for Teens Award, and first place in the screenwriting competition at the Houston Writer’s Conference. She has been writing all her life and plans to die at her computer or out in her garden in the beautiful Piney Woods of East Texas where she lives with her husband, one horse, one goat, one sheep, one dog and four cats. The cats rule. 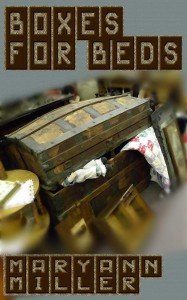 Buy Boxes For Beds on Amazon!

Many thanks to Maryann for her guest blog! Remember, to be entered for a chance to win her Boxes for Beds, leave a comment below!

Julie, thanks so much for hosting me, and congrats on your new release and upcoming releases. You are one busy lady.

For the contest, I will pick a winner on Saturday. That will give folks time to come over and leave a comment.

You’re very welcome … and thank you!

Congratulations on BOXES FOR BEDS.

Very interesting premise. Sounds a little dark and suspenseful. All the best.

Thanks for stopping by, Sandy. The story is suspenseful, but it also has a bit of a romance to it, as well.

As long as the author is up front about it, I’m fine with it. I have Michener’s Texas out to read and, before the story starts, there is a list of Facts and Fiction for each of the chapters. It’s the authors who, because they are writing fiction (in general, not just historical), think they can just put down whatever pops into their head without checking it that drive me me crazy and make me stop reading and/or leave bad reviews. I’m seeing more and more of that. Don’t know if they’re too lazy to bother to research or if they think no one will notice/care.

Denise, there seems to be a tendency among the writers who are doing their own books to skip the editing and research. Too bad.

Actually, I should be clear that that is only some of the writers doing their own books. I was typing my previous response quickly as I had just been called in for my eye appointment, so I was a bit too terse. (Smile)

It was interesting to research this story. I especially liked visiting Hot Springs and going to the Gangster Museum. While I was there, I just had to take one of the baths, too. (smile) My daughter came with me, and we had a wonderful time together.

I don’t mind small things that you have described. I appreciate being told about historical innacuracies and the reasons the author felt they were necessary. In a book called “Long Knife,” however, the author created an entire love story and marriage for a person who never married and whose family said that he “once loved” the person. The love story was a strong element of the book, and I was very angry with the author when I finished the book and learned through other reading that this part wasn’t true. I don’t appreciate authors creating alternate realities for real people, unless they state up front that they are doing so.

That is a good point, Deb. I, too, have objected to authors playing loose with the facts unless they make it clear that they intend to. I did deliberate a long time in deciding to alter reality the way I did in my book, finally deciding it would make the other elements stronger if I did so. I’m glad that so far nobody has objected.

I like the idea of Michener being upfront about fact/fiction in his books. I can only imagine the amount of work researching and writing and fact-checking takes in creating a cohesive story. Thanks for sharing this book and interview!