Home » Blog » Books and movies and plays, oh my! » Scream at the Devil: Help Make a Movie!

I love movies; I don’t see enough of them lately. 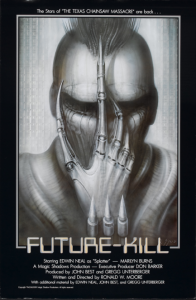 My undergraduate degree was in movies, and if you check out the movie Future Kill, you’ll actually see me.

I was a production assistant, but I was an extra in one scene.  Here I am, in all my street-bum glory. 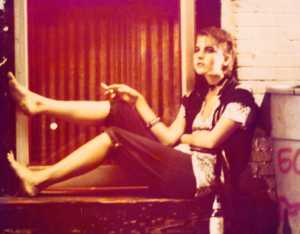 So my love of cinema just kicks into overdrive when I see that a friend is actually making a movie.

I mean, how cool is that?  (And not my neighbor with a video camera; we’re talking professionals, with years and years of Hollywood and live theater creds behind them.)

Specifically, my friend Shari Shattuck, who writes one of my absolute favorite series, The Callaway Wilde series that began with Loaded, is starring in it (she’s done a TON of movie and tv work). 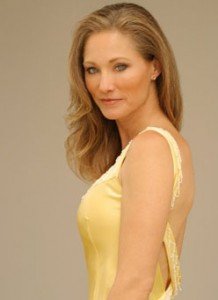 Here’s the info straight from Shari:

My husband Joseph Stachura, the acclaimed artistic director of the Knightsbridge theatre and two previous award winning films, will be directing the movie and it will star little ol’ me, Shari Shattuck (ON DEADLY GROUND, SPY HARD, DALLAS, blah blah, on and on.) and Eric Etebari (STAND UP GUYS, THE LINCOLN LAWYER, 2 FAST 2 FURIOUS) and some other really amazing people that I can’t wait to tell you about.

There is an amazing supporting cast and crew… our Academy Award winning Editor, Nancy Frazen and our VFX producer, Shannon Shea (MEN IN BLACK, JURASSIC PARK, PREDATOR) are only two of a remarkable team, all of them have joined on because they love the project!!

Though we already have the basic budget, to make this film as exceptional as we know it will be, we could use a little help from you!! You can contribute 5 dollars or 5000, or just get on board by signing up for the newsletter and watching the fun!!

If you’d like to be part of it, you can see the contribution page for Scream at the Devil here! There are all sorts of fun perks that go along with the contribution levels! I’m excited to see the movie and know I helped out just a little!

Have you ever been in or worked on a movie or a stage play?

Awesome blog! Do you have any recommendations for aspiring writers?
I’m hoping to start my own site soon but I’m a little lost on everything.
Would you suggest starting with a free platform like WordPress or
go for a paid option? There are so many options out there that I’m totally confused .. Any recommendations? Thanks a lot!