I’m excited to welcome Velda Brotherton to the blog today! Keep reading for her captivating and spooky tale of ghost towns… 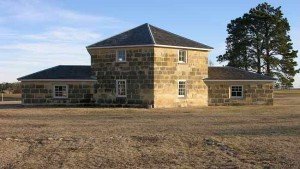 A popular “reality” series on television today is ghost hunting in buildings and homes said to be haunted. This got me to thinking about ghost towns of the old West, since western history is big on my research list. Everyone knows that ghost towns aren’t necessarily haunted. At least that’s not why they’re called ghost towns. As I understand it a ghost town can be boarded up or abandoned buildings with no population or a community with many abandoned buildings and a small population of residents. There are other definitions, but none mention that the ghost town may be haunted. Being an author, I’d much prefer it if it were. And sometimes, as I stroll through the streets of an abandoned town, I see something out of the corner of my eye. Or feel and hear voices, footsteps, the rattle of chains on a wagon. The laughter of children running and playing. Perhaps even the echo of shots fired.

Let’s accompany a team of ghost hunters and see what they find.

We’re here tonight at Fort Hays, Kansas, which certainly qualifies, at least as a ghost fort, as it was abandoned in 1899. We’ll set up our cameras and sound equipment in the hopes of capturing the Blue Light Lady on film. She is said to have wandered the area around Sentinel Hill since her death in the fall of 1867. In life she loved to walk this hill when she wasn’t tending to the soldiers who had fallen ill to the dreaded cholera.

The wind is blowing hard enough to knock down the camera tripod, and we’re having trouble with our mics transmitting the songs of a ghostly choir. Overhead the night sky appears to have more stars than darkness.

As the story goes, Elizabeth Polly decided to care for the ill and dying during a horrific cholera epidemic. Some claim she was a trained nurse, while others say that’s not true. No matter. She worked tirelessly tending the sick soldiers. Of course, she finally caught the disease. For her services to the dying soldiers, she was given a full military funeral.

We’re told that Elizabeth Polly began to prowl Sentinel Hill because her dying wish was to be buried there. That wish couldn’t be granted because the hill was bedrock, so her grave was placed at its feet.

It’s not clear to us how this wandering ghost was first identified. Do you suppose she told someone who she was? She’s been seen by several people over the years since she died. Perhaps someone has talked to her.

In 1905 Fort Hays was officially closed. All the soldiers bodies were moved to Fort Leavenworth, while the civilian bodies were reinterred in the Hays City Cemetery. All except for poor Elizabeth. She was left in her grave.

In 1917, John Schmidt first reported seeing a woman dressed in blue walking across his farm towards Sentinel Hill. This brave fellow decided to follow the ghost when she went into one of his sheds. Inside he found no one was there and nothing had been disturbed.

Perhaps at this point everyone got together and agreed the wandering spirit must be Elizabeth Polly. No matter. In 1941 her wish was finally honored and her body moved to the hill she loved so much. One would think that would put an end to her wandering.

But in 1950 a patrolman swore he hit a woman with his patrol car near the fort. She wore a long blue dress and a white bonnet. But, you guessed it, when he got out of his car to investigate there was no woman, nor was there any damage to his car. Obviously, having her wish at long last fulfilled didn’t put an end to Elizabeth’s wandering. It is claimed her ghost continues to roam the hill much as she did when she was alive. The figure emits a blue light, and today the locals call her the Blue Light Lady. In the 1960’s a marker was placed at her gravesite that reads “The Lonely Grave.”

It’s going to be up to the ghost hunters to find this spirit. Maybe they can prove that this is Elizabeth and not some other lost soul whose final wish has not yet been granted. Look, over there. What is that blue light floating our way? 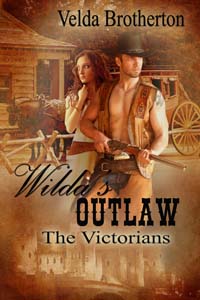 Velda Brotherton writes of romance in the old west with an authenticity that makes her many historical characters ring true. A knowledge of the rich history of our country comes through in both her fiction and nonfiction books, as well as in her writing workshops and speaking engagements.  She just as easily steps out of the past into contemporary settings to create novels about women with the ability to conquer life’s difficult challenges. Tough heroines, strong and gentle heroes, villains to die for, all live in the pages of her novels and books. 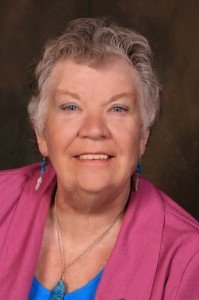 Big thanks to Velda for joining us today! Leave a comment!

Thanks for the chance to win. I’m looking forward to reading Claim Me.

Fascinating!! I love learning about haunted places! There are several near where I live-so cool!
The book sounds great! Thanks for sharing!
~Jen

Hi Shannon and Jen, Thanks for joining us here on this fantastic blog.