Claudia Dain joins me today to talk about Alpha characters, the show “Castle,” and Rick’s descent into Beta-status. Leave your thoughts on her review below!

I write Alpha heroes. I can’t help myself. My dad was an Alpha and my husband is an Alpha; I’ve been surrounded by Alphas my whole life! 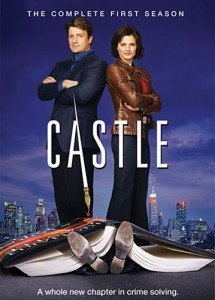 I write Alphas. Alphas of every shape, size, and type. I don’t think it’s necessary for Alphas to be pushy and arrogant, though some are. (Lord Dutton in Much Ado About Dutton is the arrogant type, and am I having fun watching the heroine pin his ears back!).I do think Alphas are strong and stoic and unflinching. They are successful, driven, and decisive. No one pushes an Alpha around. Alphas are sexy. Alphas are Alpha, and everyone in the room knows who the Alpha male is.

So, let’s talk about Castle. Rick Castle. Castle and Beckett.

I used to love that show. Adored it. Loved everything about it. First, I’m a Nathan Fillion fan (still mourning Firefly); the guy is golden. Sparkle, wit, charm: in spades.

I’m a big fan of cop shows. I have watched every Law and Order episode at least three times (conservatively). I watch NCIS and NCIS:LA and I watched Detroit whateverthenumberwas (good show, sad loss); the point being, I like the template of a cop show and I liked that Castle broke the mold. It wasn’t serious! It was light and silly and charming.

His “Writer” bulletproof vest is a stroke of comic brilliance.
But here’s my problem. As the show has progressed, Castle has become less Alpha. He should be a true Alpha. He’s rich and handsome, a self-made man who rose to the tippy top of his field. He’s the Donald Trump of crime fiction. He’s a famous New York personality. And he’s acting like a Beta.

He is cowed by his mother, by his daughter, and by Beckett.

It’s killing the show for me. It’s killed the show for my Alpha husband, who loved it at the start and now mumbles, “Wuss,” when Castle does some wimpy thing while Beckett does the Alpha thing.

Beckett is Alpha, and I love that. But a Beta man and an Alpha woman? It doesn’t work, not for me. Castle should be Alpha! He was Alpha to begin with and now he’s Beta to the max. When even his daughter rides roughshod over him. . . well, that’s too much.

I can’t love Castle unless he’s an Alpha. Can you? What’s your position on Alpha males, Alpha females, and the Castle/Beckett storyline? 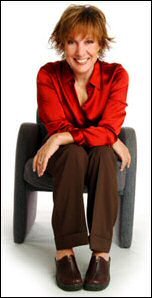 Claudia Welch/Claudia Dain graduated from the University of Southern California with a BA in English. While there she became a member of Alpha Phi, one of the oldest sororities in America.

A two- time Rita finalist, she has won numerous writing awards and honors since her first novel was published in 2000.

She has lived for most of her life in Los Angeles, called Connecticut home for a decade, and currently lives in North Carolina with her husband.

Many thanks to Claudia for her post! Are you a fan of Castle? Is he too beta? Are you all about alphas or do you love the beta boys, too? Who’s your favorite television or literary alpha male?

For me, the fact that Castle is not the alpha — Beckett is — and that’s the best aspect of the show. I’ve seen all the cop shows with the alpha heroes. This one is different. It breaks the mold. It dares to show that Yes, somewhere in the world there are heroes who aren’t the biggest baddest badasses in the room. There is room for diversity and difference. Long live the alpha! But let’s allow the female alpha her glory as well.

I’m all for Alpha heroines. The world needs more of them! But Castle should be Alpha based on his level of success in a difficult field. The fact that he’s not strikes me as off.

The concept and characters were initially introduced in two episodes of the CBS series JAG (season eight episodes “Ice Queen” and “Meltdown”). The show, a spin-off from JAG, premiered on September 23, 2003, on CBS. ^”,’

Most recent post on our own web portal
http://www.healthmedicinedigest.comxxxxxxx-PLEASE-REMOVE-THE-X'S-AFTER-OUR-WEBSITE-LINK-AND-ALSO-THIS-MESSAGE-BY-CLICKING-QUICK-EDIT-IF-YOU-FIND-THIS-BLOG-COMMENT-USEFUL-THANK-YOU-