Love the Thrill of Post-Apocalyptic Books? Denise Agnew Dishes on her New Favorites (Plus a contest!) - J.K.'s place Skip to content

I’m so glad to welcome Denise Agnew to the blog today! For the scoop on the exciting genre of post apocalyptic books, and a chance to win one of Denise’s novels, keep reading! 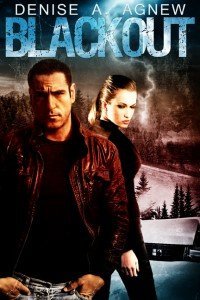 So what do you think of post apoc novels, movies and television programs?

I’ve read excellent YA post apoc by author Ann Aviles, and I’m totally addicted to that series. Dean Koontz’s The Taking is one of the creepiest, most amazing post apoc type books I’ve ever read. I’ve read it more than once and the first few paragraphs set up a foreboding tone so well that it causes the hair on my arms to stand up every time I read it. But hey, that’s me. I like the creepy/spooky stuff.

I’ve watched some post apoc on TV such as the addicting television series Jericho (which the network canceled dang it.) If you like British shows, definitely look up Survivors on Netflix or rent it. I resisted watching The Walking Dead at first because I was tired of zombies, but I tried the first episode again and got hooked big time.  I sped through watching the first season since the second was already out by that time. Great acting, characters, and wonderful plot.

I consider zombie movies part of that post apoc environment, although there aren’t a lot of zombie movies I like. One of my favorites is 28 Days Later. Superb acting and story! Watching moves and shows like these, which are as much about great characterization as they are anything else, really makes me wanna write, write, write. 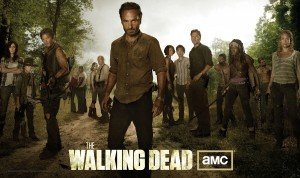 When I decide to write about a theme or subject I don’t take the standard advice to read as many stories in that genre as you can. I usually do just the opposite. You could say I have a stubborn streak, but in the end I think it’s more about originality. I don’t want anything about another author’s writing to influence the story I want to write.

So how did I come up with the initial idea for post apoc/romance/paranormal novel?

Well, you and I both know that writers find story ideas in the weirdest ways, right?  One day I was walking my dog down the usual path. Now our neighborhood is a gated, well-maintained place with mostly over fifty-five. Not the place you’d expect a creepy house. On the route I walk there’s a house that has no one in it, and at one point during the summertime the rose bushes always grow up and the weeds get gnarly. It’s a nice house, though, so it doesn’t look like a haunted abode. Someone gets the weeds cleaned up and the roses trimmed every couple of months. Still, no one lives there. It was the overgrown roses that sparked the idea for my sorta post apac story Blackout, which features a solar flare that takes out the grid, a haunted house, and a romance between a federal marshal (former U.S. Marine) and a self-reliant, tough woman looking for her place in life.

So what do you think of post apoc stories, or other stories that are out of the box? Comment and you could win a paperback from my backlist. 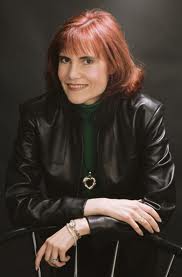 Thanks to Denise for coming on the blog! Remember, comment for a chance to win one of her novels!

TWD is my Favorite Show Ever. I’ve even been known to…ahem…blog about it myself from time to time 🙂 I really enjoyed Survivors too, and was so disappointed to get one season in and find it cancelled!

Hi Pamela! Thanks for stopping by. One thing I love about The Walking Dead is the complex characters and the surprising things they do and the way they learn, grow or don’t grow through this horrible experience. I was so disappointed to discover Survivors was canceled. I thought it was (as my British friends would say) bloody brilliant!

I love books/stories that just out of the ordinary. It puts a great twist on them!! I agree with you that 28 Days Later is awesome, have you watched 28 Weeks Later as well? It’s cool, too!! My favorite show is The Walking Dead, I just can’t wait til the following week to watch the next one!! Keep your books coming, your awesome!!!!!!!!!!!

Think they’re interesting; haven’t read that many of them yet

Hi Leah! Thanks for your kind comments and encouragement. 🙂 I have to admit I didn’t like the sequel to 28 Days Later as much. But on the whole I still think it was one of the better zombie movies. 🙂 As for the Walking Dead I can’t believe we have to wait until October for the new season. Wahhhhhhh!

Ashlyn thank you for the post apoc romance recommendations. Will check them out!

bn100, there are so many books to read and so little time. 🙂

Thanks so much to everyone who stopped by today! And thanks very much to Julie for having me as a guest on her blog. 🙂 The winner of a backlist book is Leah Lohden. Leah, please email me at danovelist@cox.net and we’ll discuss getting the book to you. 🙂