Who are all those inhuman protagonists, those Vamps, Zombies, and Demons, filling up our bookshelves? Today I welcome Michele Lang to give her take on writing paranormal fiction! Keep reading for a chance to win one of THREE copies of her trilogy!

Heroes from a Bad Neighborhood

To paraphrase the hilarious Anne Lamott, my mind is a scary neighborhood where you don’t want to wander around alone. Because I write fantasy, paranormal romance, and science fiction, my inner neighborhood teems with furry, fanged and winged creatures, some of them terrifying, a lot of them strangely loveable. 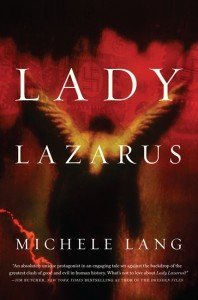 I thought I would be your guide through the scary precincts of my imagination, and give you a list of my top five potential supernatural heroes. Because being scared and being in love not only don’t cancel each other out, they go together like chocolate and peanut butter!

5. Zombies.  OK, I know this is a big trend right now, but I have my concerns.  Did you see that zombie romance movie, Warm Bodies, that came out recently? Here’s the link: http://www.imdb.com/title/tt1588173/  I heard it was adorable, but I’m still not sure a zombie can really qualify as hero material, at least the way I imagine them.  The last thing you want in a romantic embrace is for body parts to be squishy or rotten, or even worse, falling off!

I could see falling in love with a regular person while fighting off the zombies, maybe in a scenario like the Walking Dead, but there the fear factor would outweigh the romance, big time. Too grim. So I dunno.

4. Vamps.  What’s not to love you ask? So many sparkly, brooding, tormented vampire heroes already stalk their lovers.    But that’s the trouble, isn’t it? There are so very many vampire heroes out there already.  The vamp district of my brain is way, way too crowded. To make it work, you must make vampires your own.

Many writers have achieved this feat, but here’s another confession – vampires scare the daylights out of me!  I’m not a fan of needles, so the thought of some guy inserting his teeth into my neck does not make me swoon in a good way. I might get over my needle-phobia and write a vamp hero someday.  Maybe…

3. Werewolves. The idea of a wild, untamed, savage creature lunging for his mate and protecting her against all danger…I like it.  At least as I imagine them, werewolves are loyal to their pack, run outside society and its constraining conventions, and mate for life.  I know they are furry, they might be sweaty, they rip people apart, but personally I love the idea of a hero with an animal side.

2. Demons.  Talk about your dangerous, misunderstood hero.  I love demon heroes because they are rare, they are certainly bad-ass, and they commit a major transgression by falling in love.  Human beings are the ultimate forbidden fruit to a demon, they aren’t supposed to love but to destroy.  And I love the temptations they dangle in front of us.  So go demons! 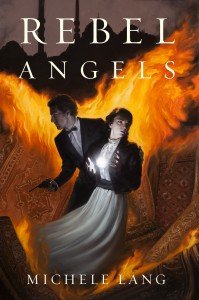 1. Angels.  But my favorite hero for now is the Angel.  They are the mirror image of the demon hero – they aren’t supposed to love us either, and they risk a lot more than demons if they express that love.  An angel who chooses a human love gives up all of heaven to do it, and I think that is incredibly romantic.  They are strong, they are also pretty hard-core – look at the creatures they fight! – and what can I say?  I have a thing for big, golden, sheltering man-angel wings. . .

So, who are your favorite supernatural heroes? 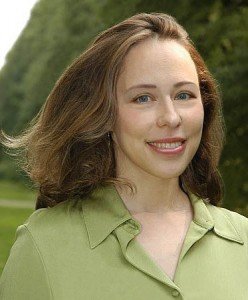 Michele is also a lawyer who has practiced the unholy craft of litigation in both New York and Connecticut. She returned to her native New York shortly before 9/11, and now lives in a small town on the North Shore of Long Island with her husband, her sons, and a rotating menagerie of cats, hermit crabs, and butterflies.

Find her on the web at www.michelelang.com and on Facebook at http://www.facebook.com/michelelang

Thanks to Michele for her great post! Leave a comment if you would like to be considered to win a copy of her trilogy, including Lady Lazarus, Dark Victory, and Rebel Angels!

I’m with you on the whole zombie as a hero thing. Ewwwww! I love them as horror movie monsters, but as far as a sexual component….bleh. I think angels and demons are super hot. Vampires if they are done right. Shifters can be iffy, fur in the teeth and all that.

I think the trilogy sounds interesting and I like to see novels with various paranormal creatures in them. Spises it up. sdylion(at)gmail(dot)com