Home » Blog » Books and movies and plays, oh my! » Join the Kickstarter campaign for Mr. Confidential, Soon to hit the Musical Stage!

One of my dearest friends (OMG, I’ve known him since high school!), Samuel Bernstein, is working to produce his fantastic book, Mr. Confidential, as a musical — and he’s started a Kickstarter campaign to fund the staged reading that is coming May 13 to the York Theater Co.  in Manhattan! Featuring Christine Ebersole and Howard McGillin, it promises to be fantastic!

“Fast, fluid and sexy—the show has a touch of burlesque mixed with the modern joy and peril of idol worship. It’s a giddy, vibrant story set in New York and Hollywood at their most glamorous and dangerous.”

With only a few days to go, the campaign is almost to it’s goal, and I’m happy to have contributed! 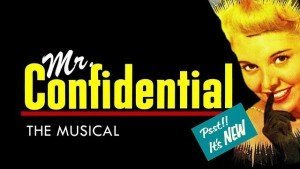 See the video, listen to the music from the amazing cast, and then please consider lending your support! 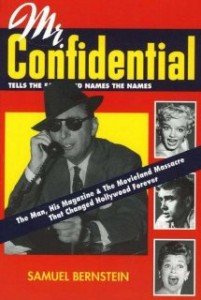 Samuel Bernstein is the author of the award-winning book from which the stage musical Mr. Confidential has been adapted. He grew up all over the world, living in Cairo, Honolulu, Austin, Phoenix, Albuquerque, New York, Los Angeles, and Ft. Collins, Colorado, while his family also traveled through Asia, Africa, Europe, and the Caribbean. His writing life has branched out, by both necessity and design, into a writing, producing, and directing career, including the formation of Babyhead Productions with Ronald Shore.