Be ready for a little sizzle! Tawny Weber joins me today to talk about heroes and romances…read on!

The Yummiest of Yums – Dishing up some Hottie Heroes. 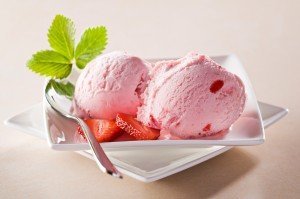 Not that it’s all about appearances.  We don’t eat ice cream only because it looks delicious, right? It’s all about what’s inside.  This is what I always think about when I’m writing a hero- what’s inside that makes him irresistible to the heroine?  What is it about him that sparks an addiction, so she can’t resist one more taste.   Even if she’s on a diet and thinks he’s going to go right to her thighs.

With that in mind, I’ve had such a fabulous time writing my SEAL heroes.  A SEAL’s Seduction’s Blake, call sign Boy Scout, is all about the rules.  He follows them, he uses them, he embraces them.  Which puts him in a very tough spot when he realizes the woman he’s just had a wild sexual fling with his totally off-limits.  Alexia pushes Blake’s buttons, making him question the rules he’s set for himself.  Luckily (or not so luckily) Alexia finds out he’s a SEAL, putting him on her do-not-touch (again) list.    The problem is, they’ve both already had a taste.  Which makes resisting each other when they come together again almost impossible. 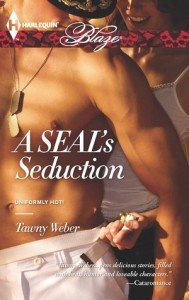 In the companion story, A SEAL’s Surrender, Cade Sullivan’s call sign, Slick, is just as apt.  He’s the golden boy, the rescuer, a man with a plan.  One he’s determined to follow, even when everything is falling apart around him.   He uses the excuse of coming to the rescue once again—this time of the sweet girl next door—to avoid facing a decision.  In the end, that sweet girl next door, having gotten a taste of her favorite flavor of hottie hero, can’t get enough and totally turns the tables by rescuing him.

Alexia’s heart pounded so hard against her throat, she was surprised it didn’t jump right out into Blake’s hand.

She wanted him.  Like she’d never wanted another man in her life.  Years, she’d behaved.  She’d carefully considered her actions, making sure she didn’t hurt others.  She’d poured herself into her career, into making sure her life was one she was proud of.

She had a man who wanted her in his life.  A nice, sweet man who she could talk through the night with and never run out of things to say.

But she wanted more.

She wanted a man who’d keep her up all night screaming with pleasure.  Who’d drive her wild, who’d send her body to sexual places she’d never even dreamed of.  She wanted orgasms.  Lots and lots of orgasms.

Even if it was only for one night.

One night would be incredible.

One night would be enough.

“This is crazy,” she murmured against his lips.

“Yeah,” he agreed, his tongue sliding over her lower lip before he nipped the tender flesh.  When she gasped, he soothed it with a soft kiss.  “But crazy feels damned good.”

So what’s your favorite flavor of hero?  Do you choose books based on hero types, or are you more a blurb or sub-genre type? 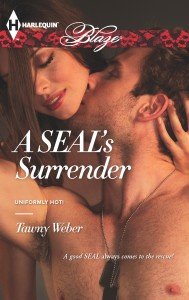 Tawny Weber has been writing sassy, sexy romances since her first Harlequin Blaze hit the shelves in 2007.  A fan of Johnny Depp, cupcakes and color coordination, she spends a lot of her time shopping for cute shoes, scrapbooking and hanging out on Facebook.

Readers can check out Tawny’s books at her website or join her Red Hot Readers Club for goodies like free reads, complete first chapter excerpts, recipes, insider story info and much more.  And for a limited time, she has a few open spots on her Street Team!

Many thanks to Tawny for her post! What’s your favorite kind of hero?