Libby Hellmann's Journey to Writing "A Bitter Veil": A Tale of Revolution and Heroes - J. Kenner Skip to content

Today I welcome Libby Hellman to the blog! Keep reading for her captivating story of how A BITTER VEIL came to be written…

The Story Behind The Story

So there I was at a conference a few years ago. I had just finished my sixth novel and an author friend asked, “What are you going to write now?”

I had no idea. I told him I liked writing about women whose choices have been taken away from them. Who have run out of options. How do they survive without becoming victims?  Is it even possible for them to prevail?

As we chatted a memory swam up to consciousness. A few years earlier I’d gone to a high school reunion. I’d published a few novels by then, and one of my former classmates approached and said she wanted to tell me her “story.”  Like most writers, I’m a sucker for a story, so we grabbed a glass of wine and went into a corner.

She proceeded to tell me how she’d fallen in love after college with an Iranian student. They married and she moved with him to Tehran. Four months later the Shah was deposed, and her life went from wonderful to acceptable, from acceptable to mediocre, difficult, and finally intolerable. After a year or so she was able to flee Iran, returned to the States, and got a divorce. Now I told my author friend at Bouchercon about my classmate. He promptly suggested I write about her.

He cocked his head and looked at me as if I were a little strange.  “You write crime fiction. Find one.”

I took his advice.

I began by doing research. Usually I’m the type of writer who believes in field trips. I’ve gone to Douglas, Arizona; Lake Geneva, Wisconsin; neighborhoods in Chicago I’d never visit alone; even Cuba. But I couldn’t go to Iran. It was—and is—unsafe for an American woman, particularly a Jewish American woman. I would have been questioning and interviewing people about a delicate time in Iranian history. It’s possible some people might have had the wrong idea. It’s possible I might have been stopped, even apprehended. So a trip was out of the question.

However, not experiencing Iran first-hand was problematic too. How could I capture the setting accurately? The culture? The struggle that erupted when a religious revolution was foisted on a previously (mostly) secular society? Perhaps, I reasoned, the story was better left untold. After all, there already are plenty of books—both fiction and nonfiction—written about that period. Indeed, I’ve included a list of some at the end of A BITTER VEIL.

But the story wouldn’t leave me alone. After much internal debate, I decided I wouldn’t write the book unless I did enough research to feel comfortable with the evolution, conflicts, and issues of the Islamic Revolution. 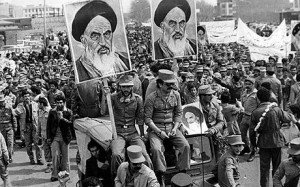 Fortunately I’m a former history major. Not only do I love research, but I have always been captivated by the past and how we bend it, learn from it, or ignore it at our peril. And the Islamic Revolution of Iran is one of the most well-covered revolutions in history. It was easy to find chronologies, books, articles, and reactions. I read nearly twenty books, both fiction and nonfiction. I took notes, read more, watched films, examined photos. A factor in my favor was that the revolution was relatively recent. Many of us remember TV news footage of the Shah piloting his plane out of Iran, followed by the triumphant return of Khomeini a few weeks later. It was not difficult to find materials.

I also put the word out that I was looking for Iranian-Americans who’d lived in Iran during the early years of the revolution. Within weeks I found five people willing to talk to me. Some warned me not to be too critical; others not too gentle. One told me such a harrowing story that some of her history ended up in the book.  As you might expect, none wanted their names made public.

After sifting through what I’d learned, I decided I might be able to write the novel after all. The first fifty pages take place in Chicago, so that section wasn’t difficult. After the couple moved travel to Tehran, it became more challenging, but whenever I had questions, I did more research. For example, it turns out that my female protagonist buys two chadors. I discovered a chador shop in Tehran, read about chadors and their headpieces, and incorporated the information into the story. 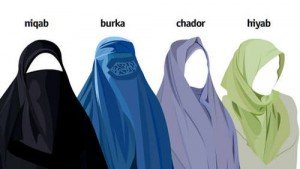 When I finished a draft, I sent it to one of the five Iranian-Americans I’d interviewed. She vetted the entire manuscript and told me where I’d gone astray. I made revisions. Then I sent it to my editor who sent it to a second Iranian-American for further checking. Finally, when producing the audio, we checked with yet another person for the proper pronunciation of Farsi phrases.

I was comforted by the thought that I was writing about the era as seen through the eyes of an American woman. What she observed was in large measure what I learned during my research. Some of it was beautiful—for example, the sheer magnificence of the Persian culture. Some of it, less so.  In all cases, though, I tried to be faithful to the research.

There’s one more component to the back story that made writing A BITTER VEIL irresistible. As crime writers, we learn early that “conflict” is the most essential ingredient in fiction. We learn that there must be conflict on every page, even if a character just wants a glass of water and can’t get it.

What triggers more conflict than a revolution?  Whether it’s the French, Russian, Cuban, Chinese, or what we’re now calling the Arab Spring, nothing shakes the foundation of a society more than internal conflict. That kind of conflict turns some people into heroes; others into cowards. The most satisfying part of writing for me is placing a character in the middle of that conflict and seeing how they behave.

That happened in A BITTER VEIL. Some characters did what I thought they would, but others surprised me with their actions.  In fact, I thought I knew who the culprit was when I began the book. But that changed several times during the writing, and it wasn’t until the climax that the perpetrator was unmasked. I hope readers will be as surprised as I was.

The conflict triggered by the Islamic revolution manifested itself in a non-pluralistic way, as well. Through my research I learned that Persia had been invaded many times over the centuries. However, Persia’s invaders always tended to assimilate the magnificent Persian culture rather than imposing their own on Persia. In some cases, the invaders even allowed the Persians to retain a semblance of autonomy. That didn’t happen this time. Iranian customs, culture, and politics changed dramatically.

Why? Was it because the revolutionaries were insurgents, not foreign invaders? Was it because there was no choice—Iranians were required to “assimilate” the new republic’s dictums?  I’m not sure, and it was a compelling question—one which I ultimately had to leave open.

Now for the punch line. 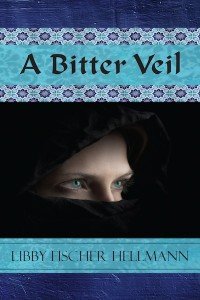 I finished the book, recorded the audio, planned my promotion. I had decided early on not to use my high school classmate as a source, so she knew nothing about the book. When it was done, though, I decided to dedicate the book to her if she agreed. It took almost six weeks for us to connect because she was traveling, but when we finally did, I said,

“Hi. You remember the story you told me about moving to Iran?”

“Of course it was,” I said. “You fell in love, you got married and moved to Tehran. When it became impossible, you came home.”

“I can’t believe this,” I said. “I just finished writing a novel about Iran. And it all began with you!”

“Actually, I do believe it,” she said. “I moved to the Punjab area of India, which is predominantly Muslim. The Shiites in India tended to follow and do what Iranian Shiites did. The same customs, the same restrictions. So don’t feel badly; it was a similar situation.”

But of course, I did. I spent a couple of days shame-faced and embarrassed. After a while, though, I realized it didn’t matter. Clearly, it was a subconscious error. I’d written the story I was supposed to write. A BITTER VEIL is that story. 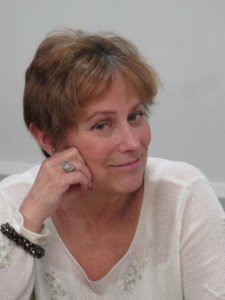 Libby Fischer Hellmann is the award-winning author of A BITTER VEIL, SET THE NIGHT ON FIRE, the Ellie Foreman and Georgia Davis crime fiction series, and NICE GIRL DOES NOIR, a short story collection. She’s lived in Chicago 35 years and intends for them to take her out feet first.

Many thanks to Libby for coming on the blog! Don’t forget to check out A BITTER VEIL.