Romance in Television: Karen Whiddon Dishes on the Best Ones to Follow (Plus a Contest!) - J.K.'s place Skip to content

Home » Blog » Please Welcome: J.K.'s Guests » Romance in Television: Karen Whiddon Dishes on the Best Ones to Follow (Plus a Contest!)

Are you drawn  to the romances in TV shows? Karen Whiddon talks about her favorites! Keep reading for a chance to win her books The Wolf Princess and The Wolf Prince!

Hi, I’m Karen Whiddon.  I’m a native New Englander and an honorary Texan.  I’ve published over 35 novels, 25 of them with Harlequin, and the other 10 are available on Amazon.com and other online venues.

That said, today I want to talk about something sort of unrelated to my books.  Romance in television shows.  I don’t know about you, but that’s what keeps me hooked on a particular show.  When The Mentalist axed the romance between Grace Van Pelt and Wayne Rigsby, I lost interest in the show.  The Following, with its gritty, dark, premise, still has a romance between Ryan Hardy and Claire, which gives me even more reason to watch. 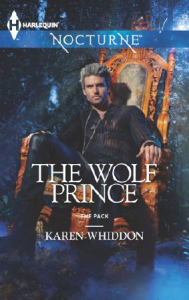 I got to thinking about it.  Bones was most fascinating with the dance of will she/won’t she between Booth and Bones.  Despite the fact that they’re together now, the writers still keep my interest.  NCIS frequently throws in hints of romance – I wonder if Ziva and DiNozzo will ever get together.  And Gibbs had a love interest for awhile.

Grimm is another favorite show, though if they don’t give Juliette her memory back soon, they’re going to lose me.  I liked the romance between Nick and Juliette, and the way he finally told her what he is.

What about you?  Do your favorite shows have romance in them? 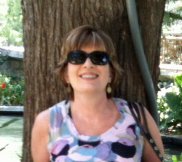 Thanks, Karen, for your post! What about y’all? Are the romances in TV shows what draw you in? Remember to comment for the chance to win The Wolf Princess and The Wolf Prince!