Worried about Writers' Block? Janis Patterson writes on the Struggles and the Successes (plus a Giveaway!) - J.K.'s place Skip to content

Home » Blog » Please Welcome: J.K.'s Guests » Worried about Writers' Block? Janis Patterson writes on the Struggles and the Successes (plus a Giveaway!)

Writers’ Block bringing you down? Janis Patterson joins me today to talk about the struggles and the best ways to overcome. Read on for a chance to win a $5 Amazon gift card!

Writers’ Block and Other Hazards – The Joys of Being A Writer

It’s happened to everyone.

You’re speeding along, words are flowing easily, the plot is advancing, your characters are doing exactly what they’re supposed to…and suddenly BOOM! Everything stops as suddenly (and sometimes as messily) as if you’d hit a brick wall. 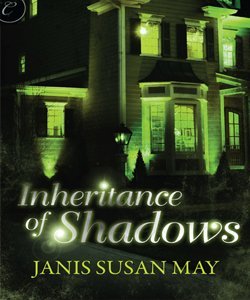 Suddenly your characters stop cooperating and start sulking while without warning your Muse takes it into her head to dash off to parts unknown.

Suddenly your story becomes a tangled mess of coincidences and author intrusions that not even a Deus Ex Machina could sort out.

Suddenly you become a tongue-tied idiot with a vocabulary of six words and no idea of how to construct a sentence. To add insult to injury, every word you put down only makes it worse.

You have writers’ block.

It’s a horrible disease that strikes without warning and, according to some who have been afflicted, deserves its own telethon. Unfortunately, there are lots of cures – it’s just that none of them work consistently.

I know. I’ve been there.

The most obvious is just to take a break – get up and fix another cup of coffee, or walk around the block, or (my particular favorite) take a good long soak in the hot tub. Sometimes, when those don’t work, The Husband will take me out for dinner. Either he is terribly kind, or he doesn’t want to risk eating anything I prepare when I’m in such a mood.

Usually these stalls, combined with an evening of mindless television and a good night’s sleep, do the trick. By the morning my mind is rested and everything starts to work again.

If it doesn’t, I grit my teeth and go after it the old fashioned way. I write a word. Then another. Then another. And so on. Most of what I write in this way is pure rubbish, but after a while it does prime the pump and the story starts to come again – usually first a dribble and then (hopefully!) a good flow.

Sometimes, if the block is stubborn, I simply switch to another work in progress. That’s why I seldom have fewer than three or four projects going in varying states of completion. 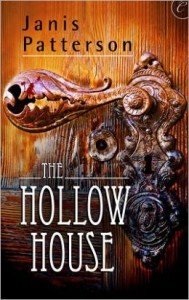 Then occasionally you’re writing at full speed your story twists and turns and metamorphosises before your eyes. Sometimes several times. I know when I was writing THE HOLLOW HOUSE (cozy murder mystery set in 1919 written as Janis Patterson – Carina Press) I ended up changing the murderer three times in the last three chapters of the story. Then, when the killer was finally revealed it was so right! Of course, I groused that I had to go back and put in all the clues leading to this killer, but what was spooky was when I started, all the clues were already there. Hmmm…

Another kind of problem plagued me while writing EXERCISE IS MURDER (contemporary cozy mystery written as Janis Patterson – 5Star/Gale/Cengage). I knew exactly who did it, and where, and how, and why, but what drove me nuts was getting everyone in place for the reveal. My characters simply wanted to go their own way. It took some doing, but finally it was done (though not in the way I originally envisioned) and justice served. 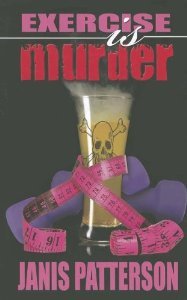 Another problem is being true to the world you have created. In INHERITANCE OF SHADOWS (traditional gothic written as Janis Susan May – Carina Press) I had two worlds – one the everyday, reasonably normal one, the other a perhaps fictional world created by the heroine’s late author father. Okay, the everyday one was pretty easy – I just had to remember to keep everyone’s names straight. The other…

When I teach writing, I urge everyone to keep a bible (small ‘b’) on each book. Nothing fancy, just when you put something in the manuscript, also put it in the bible. I don’t organize or section it – just put whatever it is on the next line. It saves time. If ten chapters later I need to find out the name of Lady Whatsis’ butler, it’s easy to glance over the one or two pages of the bible instead of searching through the entire manuscript.

With INHERITANCE OF SHADOWS, though, the bible ran to eight single-spaced pages. The world the heroine’s father had invented had six or seven separate sentient species, each of whom had their own appearance, language, history, mythology and norms of behavior. The spellings alone were enough to drive one batty. When I submitted the book, I sent the bible along with the manuscript to my editor, who in time handed it over to the copy editor. I got nice letters of thanks from both of them for saving them a lot of time and trouble, but I originally did it just for me.

I think that we can all accept that writers are different, but we do have to live in the real world, however reluctantly. The words dry up on us, our characters stubbornly go their own way, sometimes we invent worlds too complex for our puny little brains to handle, yet we always manage to come out on top. It really isn’t writers’ block or a hazard – it’s a challenge, and real writers will always come up with real solutions. 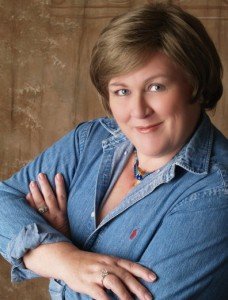 Janis Susan May/Janis Patterson is a 7th-generation Texan and a 3rd-generation wordsmith who writes in mystery, romance, horror and non-fiction/scholarly. Once an actress and a singer, Janis has also been editor-in-chief of two multi-magazine publishing groups as well as many other things, including an enthusiastic amateur Egyptologist. Janis’ husband even proposed in a moonlit garden near the Pyramids of Giza. Janis and her husband live in Texas with an assortment of rescued furbabies.

For more information on her books, check out both Janis Susan May‘s and Janis Patterson‘s websites!

Many thanks to Janis Susan for coming on the blog! Ready to tackle your next writing project? Leave a comment to be considered for the $5 Amazon gift card!

Writer’s Block has many causes. What works best for me is going out for a walk or even using the treadmill in bad weather. Physical exercise helps the gray matter work better. If I’m really stuck, I try to work on a different project and come back to the problem at a later time.

I find that when I hit “the block”, it’s inevitably because I’m trying to go in a direction my characters refuse to go. If I just go back a paragraph, a page, to wherever things were last going good, delete and start again, it usually works! Also, stepping away and doing something which requires manual labor (fixing dinner, etc.) but where I can continue to let my mind wander, suddenly things become clear as to what I need to do and I’m back in business!

Great topic for all of us who call ourselves writer. Even when the ‘good’ writing isn’t happening, my fingers still know how to type words. I get them down — even if it’s bare-bones garbage like “they have sex, she screams, he screams, then they talk” — and go back later when my muse has returned to flesh out those bones. I, too, will often switch to another work in progress. Sometimes visiting new characters and settings will get me back on track. Love your idea of a story bible. Thanks for some great info! (In case I win the gift card: sophiaryan@live.com)

Your characters sound as stubborn as mine. I’m starting a new book and while I’ve written the first chapter the heroine’s name is wrong. I know it and, more importantly, she knows it. But since she won’t tell me what it is, I’ll have to keep guessing until she’s happy. I loved your ideas on writer’s block and congratulations on your fabulous sales!

Because I was told “you can’t” so often growing up female in the 50s, those words are like a matador’s cape. If I wave them at myself (You can’t write for two days because everything you’ve done stinks.), it works every time. I punch right through the block.

It’s been a long time since I have been blocked, thank goodness. The times I find myself struggling to get the words flowing, I do use exercise and a change of scenery to wake up my muse.

Susan, my solution to writer’s block is to take a nap. Works every time because it happens when I’m tired or I’ve been battling the next line of the story so long, my mind’s a muddled mess. My muse and I awake refreshed, rejuvemated, and ready to move the story forward.

Being a photographer / writer I have experienced writer’s block as well not only in my writing but also in my photography. Thanks for the tips and encouragement, it really helps!

Thinking about your post further, I like how you mentioned about when facing writer’s block, to go ahead and work on a different project which implies that you should have multiple projects in the works at any given time. I didn’t stop to think about that. I usually am working on one project at a time, but your post has made me think more about developing multiple projects simultaneously. Again, thanks for a great post.