The "Bad Boy" and the "Good Girl": Barbara Bretton on what Men and Women Want - J.K.'s place Skip to content

Home » Blog » Please Welcome: J.K.'s Guests » The "Bad Boy" and the "Good Girl": Barbara Bretton on what Men and Women Want (plus a contest!)

Why are men attracted to Mary Ann over Ginger? Why do women want the ‘bad boy’ they can fix? I’m glad to welcome Barbara Bretton to the blog today to talk about these popular archetypes! Keep reading for a chance to win a $25 Amazon gift card!

I’ve been a romance writer for over thirty years and it’s clear to me that I don’t know one single thing about sexual chemistry or the nature of attraction. 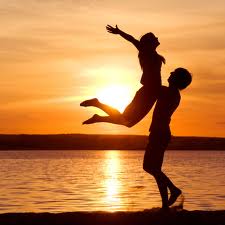 I should be an expert at it. I’ve written dozens of novels and created happily-ever-after endings for scores of characters. But when it comes to trying to understand why some matches work and some don’t — well, I’m as lost as the rest of you.

The Husband and I were watching The Sting the other night and I remarked that the male actors were prettier than the female actors. (Robert Redford and Paul Newman in their respective primes. Need I say more?) The Husband looked at me, pointed at Redford whose face was currently filling the screen, and said, “You think that pock-marked little shrimp is good-looking?”

Which, after I picked myself up from the floor, reminded me of the time he innocently remarked that he thought Mary Ann was hotter than Ginger and I began to wonder how I’d lived so long with a man I barely understood.

It turns out the great “Mary Ann or Ginger” debate is still alive and well in homes across America. Who would have guessed that so many people had such passionate opinions on fictional characters from a 1960s sitcom?

As a rule the women men find attractive other women view as plain and forgettable. The women that women find attractive leave men cold. Rarely do the sexes agree. (Ask a group of male and female friends what they think of Sarah Jessica Parker and you’ll see what I mean.)

When I posted my Mary-Ann-or-Ginger question I never expected the kind of almost unanimous feedback I got. 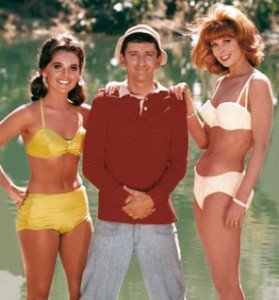 Just a tiny handful of us (maybe three or four) thought beautiful red-haired Ginger was the show’s resident hottie.

Were we even looking at the same actresses?

Men and women alike came down passionately on the side of the brunette farm girl. They viewed her as trustworthy, good wife material, a hard worker, loyal to her friends, more positive traits than were attributed to Mother Theresa.

Movie star Ginger didn’t fare half as well. She was seen as materialistic, self-absorbed, unlikely to be faithful, good for a quickie but not for a lifetime. She was the dreaded high maintenance woman of male nightmares.

Once again men and women were in agreement: both genders saw few or no redeeming qualities in the red-haired glamour girl.

This never happens. Men and women have different standards of beauty and the criteria are hidden deep in our individual DNA. We can’t agree on Robert Redford or Julia Roberts or Channing Tatum or Jennifer Lawrence or name-your-favorite-star, but for some strange reason when it comes to two of the women in a really bad fifty-year-old sitcom we have a Kumbaya moment of near-total accord. 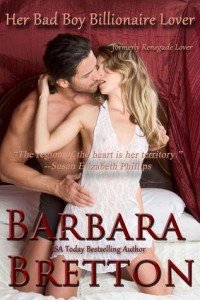 Women are attracted to difficult men. If we weren’t, the whole “bad boy” thing in romances wouldn’t be half as popular. The more complicated a guy seems to be, the more we want him. Women are fixers. We think we can heal all wounds, soothe all hurts, and ultimately turn a very bad boy into a very good man. (We can discuss the chances of that transformation actually happening some other time.)

But tell a man that a woman is high maintenance and watch him break land speed records heading for the exit. Judging by the response to my unscientific Mary-Ann-or-Ginger poll on Facebook last week, most of the men wanted dependable, loyal, uncomplicated partners like Mary Ann and most of the women agreed that they should.

Ginger, the sexy bombshell, was deemed, at best, unattainable and, at worst, worth little more than a one-night stand.

Freud asked, “What do women want?”

That’s easy, Sigmund. We want to know what men want and why.

Where do you stand? I’d love to know.

Barbara Bretton is the author of more than fifty romance novels. She has written series romance, historicals, paranormals, mainstream, and everything in between. You can find her on Facebook (barbarabretton OR authorbarbarabretton), Twitter (@barbarabretton), or at her website!

Many thanks to Barbara for sharing her blog post on the different types of characters. Let us know in comments below who you would chose, and to be considered for the $25 Amazon gift card!

Julie, thanks for letting me visit your blog today!

Interesting results in your poll! I wonder if it says more about the makeup of your Facebook fans than about what men in general want. 😉

The good thing is, there’s no *true* consensus. I often go for the beta male over the alpha male, for example, though not always. (Dean usually gets the edge over Sam for me, but it depends on which Supernatural episode we’re talking about. LOL) And Gerard Butler does *nothing* for me, but I’m in a clear minority! (But I do think Robert Redford was hot.)

I think Ginger is sexier but maintain most men would pick Mary Ann in the long run.

I think most men would say Mary Ann but, when faced with the actual choice, they would grab Ginger, run, and never look back.

Melanie, I love your answer!