How Marijuana May Follow in the Footsteps of Condoms: Colleen Gleason on Legalization - J.K.'s place Skip to content

Home » Blog » Please Welcome: J.K.'s Guests » How Marijuana May Follow in the Footsteps of Condoms: Colleen Gleason on Legalization

Here’s a post that’ll make you think–pot, condoms and a touch of controversy to kick off your weekend! Please help me welcome Colleen Gleason to the blog!

How marijuana could follow in the historical footsteps of condoms… 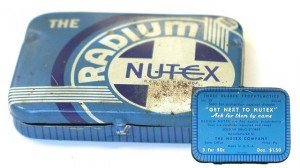 My latest release, Roaring Midnight, is the first in a historical urban fantasy/romance series set in 1920s Chicago. The trilogy will tell the story of Macey Gardella, vampire hunter.

I love the era of the Twenties (The fashion! The hats! The music!… And of course the intrigue of the speakeasies and clubs). I had so many fascinating things to research about this time period, and one of the most interesting things I had to investigate was the issue of birth control.

We all know that The Volstead Act (The 18th Amendment) made illegal the sale, distribution, and manufacture of alcoholic spirits. But to my surprise, liquor wasn’t the only item outlawed in the early 20th century that is in common use today.

Of course my characters in Roaring Midnight had to practice safe sex–and so I had to find out what options were available. To my surprise, I learned that condoms were already being manufactured out of rubber, and were plentiful in Europe–where they weren’t illegal. 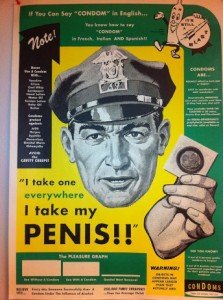 This was not the case in the US. In and around 1873, thirty states made the sale and manufacture of condoms illegal. And during the same time, The Comstock Laws made it illegal to send condoms through the mail anywhere in the US. Which pretty much made condoms impossible to come by.

But while fighting overseas during World War I, US soldiers had been accustomed to having condoms readily available. In fact, they were distributed like candy to the GIs in order to keep them healthy–and happy.

It was only after our men came home from the Great War, bringing with them an increased number of syphilis cases, that the laws were changed to allow the prophylactic to be sold legally in the States.

Even then, however, the Moral Majority had their way. Condoms could only be sold as protection from STDs. Not as contraceptive devices. That restriction controlled how their uses were advertised as well.

Many people might feel the restrictions on marijuana sale, possession, and use–currently limited in most states to medical use only–is eerily similar to the situation with condoms. As we know, condoms were eventually able to be sold as contraceptives as well…one can only wonder whether, some day, the same will be said for marijuana. 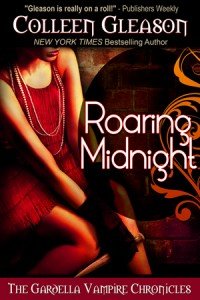 In the mean time, many casual pot users are surely doing their best to get legal access to their favorite weed…just as those conscientious men (and women) of the early 20th century, who didn’t want to start a family quite yet, were finding legal ways to acquire the illegal contraceptive device known as a rubber.

Wow! Who else didn’t know that condoms were against the law until after the 20s? What do you think about the direction marijuana’s going towards legalization?