Today I’m excited to welcome Jenna Bennett to the blog! She’s here to talk about her hometown and one of the most historic cities in America: Nashville!

Over the river and through the ‘hood…

It’s a fun time to be living in East Nashville, Tennessee.

Just last week, as I was driving down the street to pick the kids up from their last day of school, I had to dodge actors and actresses dressed like bank employees, complete with name tags, gathering around the old Regions Bank building on the corner of Gallatin Road and Ardee in East Nashville. 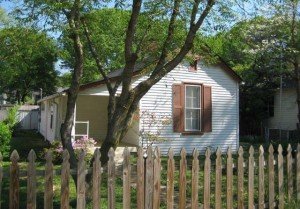 It’s a gorgeous old mid-century building, square and boxy, with plate glass windows and exterior walls of black and white stone in a checkerboard pattern. It’s been sitting empty for a year or more now, since the bank operation moved into a newly constructed space a mile further up Gallatin Road, beside the new Home Depot, and when they started etching the new logo on the windows the week before, we’d gotten all excited about the prospect that something new was moving in.

As it turned out, it was a fake bank, staffed by actors, only there for a few days, but it was still fun.

There’s a lot of that going on the neighborhood these days. Empty buildings coming back to life for a day or two, houses for sale being transformed into TV sets for the week, streets closing to make room for camera set-ups and portapotties.

They used to call Nashville the Third Coast. There’s the east coast, with New York, and the west coast, with Hollywood, and then there was the third coast. Nashville.

Well, back in the day, I thought someone ought to make a TV show called Third Coast, sort of like Melrose Place, but set in Nashville, in an apartment complex I had my eye on near Music Row. It was going to be all about young professionals struggling to get a foothold in the music industry, etcetera, etcetera.

Guess I was ahead of my time.

I didn’t end up doing anything with that idea, obviously. I still wouldn’t know how to write the script for a TV pilot, although I daresay I could figure it out if I had to. But somewhere along the way, I did learn how to write books. And as it happens, I wrote some of them about Nashville. 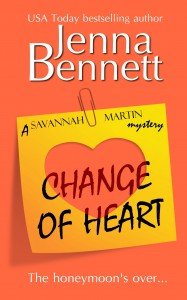 About the neighborhood where I live.

The same neighborhood where a lot of exterior scenes from the TV show Nashville are filmed, since characters Scarlett and Avery live there.

East Nashville began life as a playground for the rich and famous back a hundred and fifty years ago. The Civil War was over, reconstruction was well underway, and in the 1880s and -90s, the elite began building summer cottages on the other side of the Cumberland River from downtown. They’d leave their fancy mansions in the Belmont and West End areas, and go across the river to summer in Edgefield. 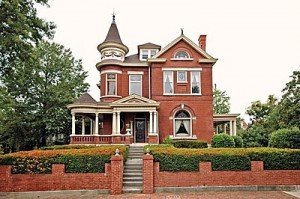 It’s a gorgeous neighborhood full of old Victorian buildings—the ones that survived the fire of 1916, when more than 700 homes were lost, and the tornado of 1998, which damaged 300 more, and the flood of 2010, which put downtown underwater.

During the economically depressing 1970s and -80s, many of the old buildings were divided up into apartments, and the area fell into disrepair and crime. We moved to East Nashville in 1992, and within the first year we lived there, there were four murders within a block of us. It had a bit of a Wild West atmosphere back in those days—almost like when Frank and Jesse James rented a house on Fatherland Street because things were too hot for them in Missouri.

The renovation revolution started with the bachelors in the early 1990s, and these days, it’s fun to be able to tell the new people moving in that we were the pioneers, that when we arrived, the house down the street, the one that’s on the market for a half a million dollars right now, was forty thousand back then.

It’s amazing the difference a couple of decades can make. And it’s nice, after all the years of plugging away at building a neighborhood, and renovating our own fair share of houses, and having a part in helping people buy and sell a few hundred others, that East Nashville is finally getting what it deserves. 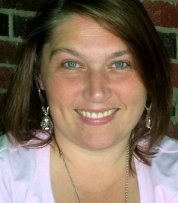 USA Today bestselling author Jenna Bennett writes the Cutthroat Business mysteries, about recovering Southern Belle and new-minted realtor Savannah Martin, who sells houses and solves crimes in East Nashville. She also writes the New York Times bestselling Do It Yourself home renovation mysteries as Jennie Bentley. An East Nashville resident since 1992, she shares her home with a husband, two kids, a hyper-active dog, a carnival goldfish and an African dwarf frog that survived a 4th grade science project four years ago.

Thanks to Jenna for coming on the blog! Nashville’s history is fascinating and romantic. What are some special things about your neighborhood?