Tori Scott on Deadlines: Using Stress as a Helpful Tool to Get Stuff Done - J.K.'s place Skip to content

Today Tori Scott joins me to talk about the cause of an author’s stress – deadlines! Due dates are nerve-wracking, but can also be helpful tools to get you focused on your work. Read on to hear Tori’s experiences with deadline mania…

I’m one of those people who really kicks into high gear as a deadline closes in. When I was in high school, I waited until the last minute to start major projects, but I always managed to get them done. Sometimes it was three in the morning by the time I finished, but I still got up at seven and made it to school, project in hand. 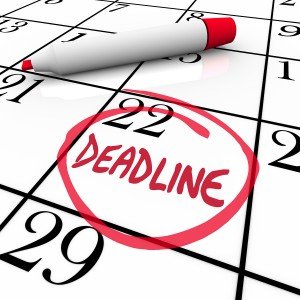 When I first started writing, I joined RWA, then DARA (Dallas Area Romance Authors), and I signed up for my first conference. By the time the conference rolled around, I had about 10,000 words written on my first book, and I had an appointment with Allison Lyons from Harlequin. I’d never had an editor appointment before, and I barely knew what I was doing at this point, but I sat down and told her about my book. All 10,000 words of it. I made up the rest on the spot.

And then I did the unthinkable. I promised she’d have the completed manuscript in six weeks.

A first time writer, producing 60,000 legible words, in six weeks. Yikes. But when the panic set in as soon as I got home and thought about what I’d done, I sat down and wrote. And wrote. Allison had the manuscript on her desk a week ahead of the promised date. No, she didn’t buy it, but she did ask for revisions and I met every deadline she threw at me. But I was too in love with my “baby” to make the hard choices and change the things that needed to be changed to make it a “Harlequin” book. I will always be grateful for her encouragement, though.

Over the years, I’ve learned a lot about writing, about rewriting and revising. And the more I’ve learned, the slower I write. I’ve lost the ability to just let the story flow and not worry about the rules as I go. I write, rewrite, edit each section before I move on. I sleep on a plot problem until it unravels. I beat my head against my desk (figuratively) until my characters talk to me.

These days my deadlines are self-imposed. I don’t have an editor breathing down my neck. Now I have fans who email me or post on my Facebook page, wanting to know when the next book will be out. I’ve found those harder to ignore than an editor waiting for that promised manuscript. 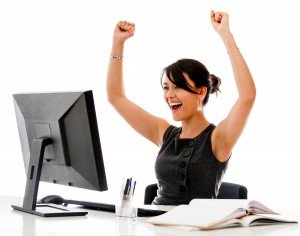 With the current book, I was determined to finish before leaving to take my grandson to North Carolina for a Duke University summer program. Sometimes life happens (like my husband breaking his foot) and things don’t go the way I plan, (roof replacement/living room repair and painting with workmen in and out), or stumbling blocks get tossed in my way (sinus infection). If I didn’t have a goal and a deadline, nothing would get done. It’s a Gemini thing. It’s like when I go into the house to get something and I see something I meant to do earlier, so I stop to do that, and then I see something else and before I know it, I’m back in my office without whatever it was I went to get in the first place.

For a writer, everything is new and shiny and distracting. New blog? Oooh, I wanna go see. New pictures? Yes, show me! Release party? I’m there! But when the deadline looms, you have to put away Facebook and Twitter and Bubble Safari and get down to the business of writing. 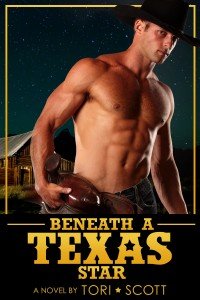 This time I thought I wouldn’t make it. But I did. Just barely, but I made it. The newest book comes out this week, just before my life explodes with travel and obligations. Am I relieved? You bet. Do I wish I was better at planning my life so I didn’t put myself under such stress? Oh yeah. I always swear I’ll do better the next time, work harder earlier in the writing process so I’m not rushing at the end. And every time, I catch myself writing all night for days at a time to make the deadline.

What about you? Do you work better with a deadline looming or when you have all the time in the world?

Tori Scott has been seriously writing with an eye toward publication for 12 years, though she’s been spinning tales and writing poetry since elementary school. She is a former Golden Heart finalist in the prestigious RWA writing contest, a winner in several regional contests, a finalist in the International Digital Awards, and a semi-finalist in the Best Indie Books of 2012. She lists several publications among her accomplishments, including a featured Christmas story in Woman’s World magazine.

Tori loves reading, swimming, photography, traveling, and especially writing. She sets most of her books in Texas because she was born in West Texas, raised in North Texas, and now lives in East Texas.

Don’t forget to check out BENEATH A TEXAS STAR, Book 4 in the Lone Star Cowboys series, released June 6th!

From BENEATH A TEXAS STAR:

Bull rider Nick Jackson has spent his entire life not knowing who he really is. Abandoned as a toddler and raised in foster homes, Nick is afraid to put down roots, to make commitments, to love, because life has a way of ripping those things away from you when you least expect it.

Psychologist Jean Sutherland wants to help Nick discover his true identity and find his family, but not as a professional. Her interest in Nick is purely personal. She finds it difficult not to cross the line between her personal and professional lives, and nearly ruins them both in the process.

Both discover that sometimes its better to leave the past alone…

Many thanks to Tori for coming on the blog! Those deadlines sure are killers! Do you like to use last minute stress as a motivational tool?