Writing the Supernatural: Kourtney Heintz's Research and Discoveries in Telepathy (plus a contest!) - J. Kenner Skip to content

If you’ve ever read my Demon-Hunting Soccer Mom series, you’re no stranger to paranormal fiction. Today Kourtney Heintz gives us a taste of her own kind of paranormal – the telepathic. Keep reading for a chance to win a copy of her breakout book The Six Train to Wisconsin and my own Release Me!

Where Research and Reality Collide

Big thank you to Julie for having me on her blog! I met her during the 2010 Brenda Novak Charity auction. I won her feedback on the first chapter of my manuscript. She told me she thought I had something there. Her belief helped me stick with it for the next 3 years. Thank you so much Julie! 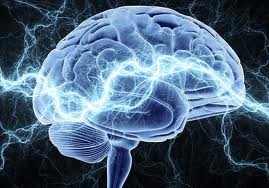 When I decided to write a telepath, I knew I needed to explore the supernatural more. To learn how it worked and then create my own version of it.

I read a bunch of books on witchcraft. Trying to understand the rules that governed different magical systems. Some books weren’t that helpful. Some didn’t make any sense to me. Then I stumbled on Laurie Cabot’s Power of the Witch.

The way she explained things just clicked in my head. Every other book had confused me, but using her technique I taught myself how to meditate in a few days. To slow my thoughts down and visualize things. To relax my body and reach a calmer state.

This was really cool stuff. But I wanted more. I craved an actual lesson. So I signed up for a week-long workshop with Laurie Cabot “The Official Salem Witch” in Salem, MA.

She taught us about the concept of alpha brain waves. That when you slowed down your mind you could tap into something deeper. More intuitive. A universal consciousness if you will.

Over the course of the week we did several meditations. We learned how to craft a protective shield, do a past life regression, and to see other people’s illnesses from miles away.

That last one was the coolest experience. We did this exercise where we each wrote down the names, locations, ages, and illnesses of 3 people we knew. Then we were randomly assigned a partner and given the name and location and age of one of their people. Using meditation, we visualized the person and diagnosed their illness. 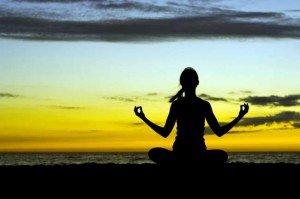 Each of us experienced it differently. I tended to be very visual. So I saw a woman with a big head and a bony brittle body. I didn’t understand what it meant. So I talked through the image. Until I arrived at osteoporosis. I was right.

Sounds impossible, but we all got most or all the people’s illnesses correct. Without ever meeting them or seeing them.

It was an otherwordly experience and made me believe that the mind is capable of some awesome stuff when it’s trained to do it. And when you believe you can do it.

The idea of a telepath and a dreamwalker no longer seemed so far outside the realm of possibility.

Here’s your chance to win a signed copy of The Six Train to Wisconsin by Kourtney Heintz and Release Me by J. Kenner!  Just fill out the Rafflecopter on this link and you’re entered to win! 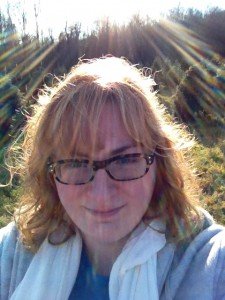 Kourtney Heintz writes emotionally evocative speculative fiction that captures the deepest truths of being human. For her characters, love is a journey never a destination.

She resides in Connecticut with her warrior lapdog, Emerson, her supportive parents and three quirky golden retrievers. Years of working on Wall Street provided the perfect backdrop for her imagination to run amuck at night, imagining a world where out-of-control telepathy and buried secrets collide.

Her debut novel, The Six Train to Wisconsin, was a 2012 Amazon Breakthrough Novel Award Semifinalist.

One Sentence Summary of Novel:

When Kai’s telepathy spirals out of control, her husband Oliver brings her to the quiet Wisconsin hometown he abandoned a decade ago, where he must confront the secrets of his past to save their future.

You can download the first chapter of the Six Train to Wisconsin as a pdf file.

Find The Six Train to Wisconsin at Amazon and Barnes and Noble!

Wow, what an awesome experience, Kourtney! What do y’all think about the superpowers of the mind? Don’t forget to fill out the Rafflecopter for your chance to win The Six Train to Wisconsin and Release Me!

What an interesting book! It sounds like it will be a great read, and, of course, ‘Release Me,’ wouldn’t miss THAT!

Thanks Tracy! I am so delighted that Julie wanted to give our books away together. What an honor to be beside her book on anyone’s bookshelf. 🙂

Crossing my fingers. I’ve been dying to get an autograph. Winning would make month !

Sounds great. Thanks for the giveaway!

Thanks for participating Tiffany! 🙂

Sounds like a great book!!! Would love to win a signed book!!

Aw thanks Debra! Best of luck in the giveaway! 🙂

Sounds like a great read, And I would LOVE a signed copy of Release Me =)

Thanks Jackie! A signed copy of Release Me would be awesome!

looks like another book for the TBR List….and a signed copy of release me….definitely a deal xo

Thanks for adding me to your TBR list. Best of luck with the giveaway!

Thanks Lesley! Wishing you lots of luck. 🙂 It’s clear why Julie is on the NYT bestseller list.

[…] was over on the lovely NYT bestselling author Julie Kenner’s blog this week. We have a Rafflecopter giveaway to win signed copies of her new novel Release Me and my […]

This is so cool! The shields that both Kai and Oliver can employ at will have been very intriguing aspects of the story, but I’d assumed you’d made it up! Great background information.

Thanks Gwen. I believe in doing research even with the paranormal. 😉 I played with the concepts I learned from Laurie and made them work for my story world. 😉

Definitely sounds like a great book! Thanks for the chance!!

Thanks Rose! 🙂 Best of luck to you.

Congrats to Kim B. for winning the Rafflecopter giveaway! We’ll be sending your books out on Wednesday. 🙂

Appreciation for another great write-up. Where different may possibly everyone wardrobe form of facts in their normal fantastic method of writing? I’ve a powerpoint presentation in the near future, using this program . for the find these information.