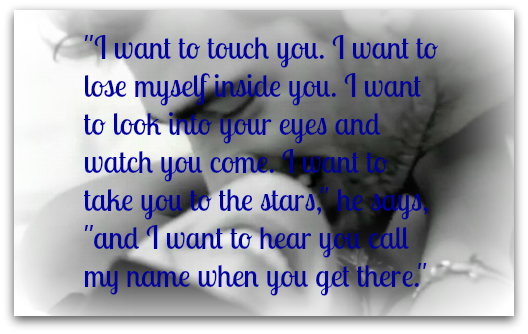 Almost there!!!  The release of Complete Me, book 3 of the Stark Trilogy by me (J. Kenner) is just around the corner!!  (Sorry for the late posting! After Disney, I seem to be off a day, LOL!)

Just a few more #StarkOnSaturday posts until the release of Complete Me, book three in the Stark Trilogy that began with with Release Me, continued with Claim Me, and will conclude with Complete Me! ).

(And the quote above is from Claim Me … I found it on Goodreads with the Sinfully Sexy Book Reviews‘s review and thought it was too pretty not to use!)

He’s trying to grab control of all that, and it’s just slipping through his fingers. I get it; I do.

But at the end of the day that doesn’t change a thing.

“Hell yes, I’m fighting. Why bother to put the gate around my apartment if you’re not going to trust that it will do it’s job? I mean, I don’t like getting nasty mail any more than you do, but for all we know it was mailed from Antarctica.”

He strides to me, all power and control and cool masculinity. He reaches out and his finger brushes my cheek, the shock of his touch sending sparks through me. “I don’t like being defied,” he says.

I suck in air, determined not to melt or back down. “I don’t like being bossed around.” I shift my feet, mentally planting my stance along with my posture. “You’re not winning this one, Damien. Deal with it.”

His finger trails down my neck to the collar of my T-shirt. “Do you have any idea how frustrated I am right now?”

I shudder, the light pressure of his touch sending all sorts of decadent promises swirling through me. “I know what you’re doing.”  My words tremble. “It won’t work.”

I close my eyes, shivering as his fingertip follows the curve of my breast. “I’m not giving in.”

He fists his hand around the collar of my shirt and tugs me close. “I’ll have you safe,” he murmurs. As he holds me in place with one hand, with the other he captures my waist.

He eases me backward, and I feel the bed press against the back of my thighs. My body tingles with awareness, but also with something new. This is the Damien I know so well, but there’s a quality to his touch I haven’t felt before. A take-no-prisoners attitude that excites me, making my inner thighs tingle and my cunt throb for his touch.

“I want to cup my hand around you,” he murmurs, sliding his hand over my sex as if in illustration, and then making me gasp when he uses that grip to lift me up onto the bed, the pressure from his thumb on my pubis and his palm over my sex so intense it send tremors though me, like portents of an explosion to come.

He lays me out on the bed, one hand stroking circles on my sex and the other cupping my breast. I moan, my hips gyrating to meet him, my back arching up to increase the pressure of his hand against my painfully sensitive nipple. “That protective bubble you mentioned? I want to keep you locked inside. Whatever it takes,” he says. “You can’t possibly know how much I need you.”

And if you want more Damien and Nikki, why not pre-order Complete Me from Amazon or from Barnes and Noble! On-sale July 30!

[…] a few more #StarkOnSaturday posts until the release of Complete Me, book three in the Stark Trilogy that began with with […]