Confessions of a TV Series Killer: Lynn Cahoon on Her Favorites and those Cancelled Too Soon! - J.K.'s place Skip to content

Home » Blog » Please Welcome: J.K.'s Guests » Confessions of a TV Series Killer: Lynn Cahoon on Her Favorites and those Cancelled Too Soon!

Did your favorite show go out of commission? Was the plug pulled after only one season? My guest blogger today, Lynn Cahoon, thinks it’s all her fault – read on!

I’m not saying I’m bad luck. But I’ve got a lot of evidence to the contrary. If I find and LOVE a show, it gets canceled. Sometimes, I don’t even get a full season out of it. 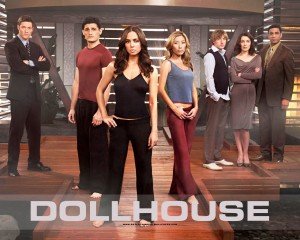 There’s something about the odd that glues me to the television. The Dollhouse.  Loved it. Women programmed to fit a rich man’s fantasy?  You know there’s something sinister going on behind the scenes. And when the ‘dolls’ start to fight back?  Priceless.

It started way back – Kolchak: the Night Stalker – a reporter who investigated reports of the paranormal. I loved this mix of reality and paranormal. One season and gone.

More recently – A Gifted Man.  I loved this show. He’s a hot shot, self-centered doctor who meets his ex-wife for a drink, thinking that maybe they should get back together.  Then he finds out, she’s dead.  What’s not to love in that story line?  One season, gone. 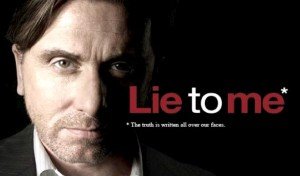 Lie to Me – a team of investigators who can pin point a lie. Unless it’s his daughter or someone he loves. In Plain Sight – a federal marshal who’s home life is a mess. Love that character. At least Brothers and Sisters got five seasons – until the Sally Fields character started having a real life and falling in love.  I still love little brother Justin from that series.  Tortured hero material.

Ally McBeal, Judging Amy, Providence, The Profiler, The Medium, Saving Grace – All shows with strong female leads.  Saving Grace had a super strong female lead that you knew was messing up – heading right into the car crash, but I couldn’t stop watching. Even with all her faults. I wanted to love Men in Trees, but not so much.

If after this confession, I’ve convinced you of my series killing power and you’re worried, I’ll tell you a secret.  I haven’t started watching The Walking Dead.  I don’t want to curse the show for the rest of you. 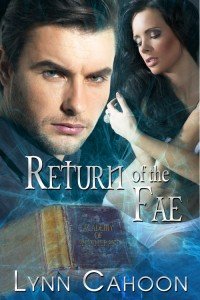 So what’s on your list of cancelled too soon series?  And which one do you think I got wrong?

Return of the Fae, book 2 of The Council Series releases today, July 1st.

A witch in training, a hunter on the prowl, and a world in jeopardy.

Learning the rules of being a witch takes years, but Parris McCall needs to master them in only weeks. Ty Wallace is going mad with his desire for Parris, but she’s a distraction in his quest to find Coven X before they take The Council and everyone he knows down.

The couple searches for Ty’s mentor, but he’s disappeared. Their only clue comes from a banished witch. When they return, not only are their own lives threatened, but a new life hangs in the balance.

Buy Return of the Fae on Amazon on Barnes and Noble! 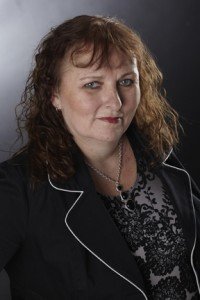 Lynn Cahoon is a contemporary romance author with a love of hot, sexy men, real and imagined. Her alpha heroes range from rogue witch hunters, modern cowboys, or hot doctors, sexy in scrubs. And her heroines all have one thing in common, their strong need for independence. Or at least that’s what they think they want.  She blogs at her website www.lynncahoon.wordpress.com

Thanks Lynn for your post! And no, none of us REALLY believe these cancelled shows were your fault!

I think I’m a series killer too. I also loved Dollhouse. Really enjoyed Lie to Me. The original V. Crossing Jordan. I can’t take credit for Firefly getting cancelled because I watched that years after the fact and fell in love with it. 🙂

I loved the original V!! And Crossing Jordan. Thanks for stopping by Cindy!

I need to get in line because I too, am drawn to the quirky and unusual that seems to disappear as soon as I set the DVR. I’ll add the Fox Series, Profit, to the list of shows that failed to garner an audience before the network cancelled it. And since I’m a Browncoat from way back, this comment wouldn’t be complete without mentioning Firefly.

I loved this blog – something different! I can’t say I watch very much telly anymore with writing and editing and two young boys, but it was just interesting reading about another side to Lynn. Her new release looks awesome! Best of luck with it Lynn!

cd – I don’t get a lot of TV time now so when I do, I fill my dvr with cooking shows. Of course I was just watching Space Jam a few minutes ago. Too funny.

Lynn, could you please start watching the Bachelor/Bachelorette series. That one has outlasted it shelf-life and is just stinky. Oh- and maybe Bad Girls Club. That’s just some crazy stuff there.
I agree it’s lovely to have a series with strong female characters. Grey’s Anatomy, Sex and the City, Necessary Roughness. And let’s not forget the big screen – Resident Evil. Mila Jovovich just kicks butt.
Nice blog Lynn.

Gemma – sorry, no can do. I did watch a season of Big Brother and then realized the darkness was seeping into my brain. LOL

I’m a big fan of Grey’s and like the RE movie series too! Maybe I shouldn’t have said that out loud?

Thanks for having me over Julie!

Oh I LOVED “Lie to Me.” Other shows that went away too soon were “Kindred, the Embraced” a sexy vampire show in the ’90s. And “Stacked” a hilarious show about 2 bookstore owners hiring a ditzy blonde played by Pamela Anderson. I don’t know why but I find her to be delightfully funny.

I’ll have to check those out, but Kindred sounds familiar. Loved WKRP in Cincinnati too!