Pauline B Jones on New Orleans: When the Big Easy Isn't that Easy Skip to content

New Orleans. Steamy in more than one sense. A good place for a murder? Pauline B. Jones thinks so, and she should know.

When the Big Easy Isn’t that Easy

If you’re looking for a great place for secrets to ooze up out of, well, search no more. New 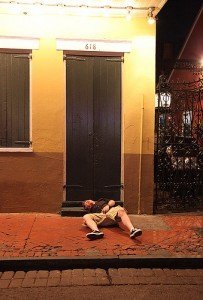 Orleans is a great place to commit (fictional) murder. And for secrets to ooze up out of. It is a city that has inspired much (fictional) mayhem (and yeah, some actual mayhem through the years). And it is surrounded by swamps, so there’s lots of ooze.

The best time of year for (fictional) murder, IMHO, is summer.

There is something about the sultry heat, the riot of out-of-control green, growing things, soaring oaks festooned with hanging moss, and the “let the good times roll” attitude, that lends itself to (fictional) mayhem. And there are so many places for bad things to happen. I started seeing (fictional) murder sites in so many places that my hubs started asking random strangers to request an autopsy for him if he died suddenly (he’s still alive and totally fine, btw). 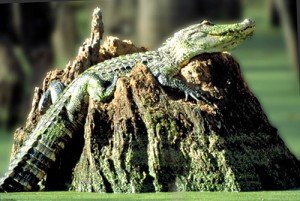 One of my favorite potential (fictional) murder sightings was at the Zoo-To-Do, a huge charity fund raising event held yearly at, you guessed it, the zoo. We received our tickets—which were well outside our budget—courtesy of the hubs employer.

To properly set the stage, I’d like you to close your eyes and picture your typical zoo. Habitats. Pathways. Booths of souvenirs and places to eat. Families with kids, strollers maybe. School groups being herded from place to place. A zoo.

Now remove all the people. And the sun.

The humidity stays, though. This is New Orleans. 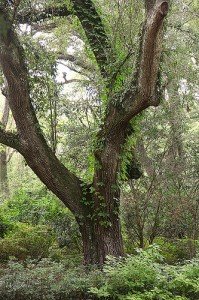 Now it’s night at the zoo. The air is thick and maybe it has cooled off a couple of degrees now that the sun is gone. But it’s still hot, real hot. People flow toward the entrance to the zoo. All of them in formal attire. That’s right. They’re wearing tuxedos and the female version of tuxedos (what do we call that?). I’m already wide-eyed. And I wish I had gills. The air is that thick. And I also wish I hadn’t worn nylons. No one can see my legs anyway.

Hubs hands over our tickets and they let us inside. It’s the zoo, but it’s not the zoo I’m used to.

There are all those “beautiful” people, moving forward in clusters of varying sizes. Probably they are talking, but you can’t hear them over the music. It’s Cajun at the moment, but it changes throughout the night into Zydeco, Jazz, blues, rock, country—you name it, they got it. We pass a place where there’s dancing. You haven’t truly lived until you’ve seen “Cotton-eyed Joe” being danced by people in formal attire.

Where the people are, the lights are brilliant, so bright they make the spots where the lights aren’t completely impenetrable. You can’t even see the outlines of bushes unless you get real close to the dark. But you don’t want to. It’s dark. And not all the critters are in enclosed habitats.

I see canopies, enclosures filled with people, tables and chairs, for sitting but most people are standing and talking, or least their mouths are still moving. I may have heard two words the whole night. I later learn there are “private” portable toilets in the corners. You read that right: portable toilets and formal attire. Imagine trying to use an outhouse in a formal. Now try to scrub that image out of your brain. 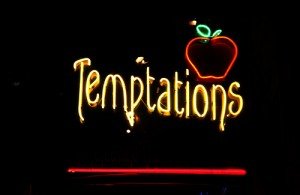 There are stations, tables scattered around, weighted with food provided by some of the city’s most famous restaurants. Each one has one of their specialties to try. No one goes hungry, though, because there are a lot of tables, a lot of samples. All of them to- die-for good. Perfect for a last meal.

You’re munching on something and the music stops without warning. And in that tiny moment of almost silence, you hear the roars of the various animals. Because you’re in their space and they don’t sound happy about it. You realize there might be eyes, watching eyes, in those deep, dark spaces where the light doesn’t reach. Lions and tigers and bear eyes. Alligators. And possibly some pissed off peacocks.

Now tell me you wouldn’t think, “Wow, this is a great place to commit a murder.”

Or course, I probably shouldn’t have said it out loud.

We moved from New Orleans ten years ago, two years before Katrina, but when I got ready to start a new, romantic suspense series, I guess it was inevitable I’d (fictionally) return to New Orleans for some (fictional) mayhem. It was amazingly easy to slip back into that New Orleans state of mind, to recall how suited it is for (fictional) mayhem. Because the Big Easy isn’t always that easy. 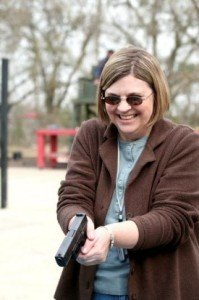 Do you know what it means to miss New Orleans? Ever plotted (fictional) murder at an inappropriate time or place?

Pauline just released her 13th novel, Relatively Risky. She’s not superstitious about it, well, maybe a little. She’s been committing (fictional) mayhem for a long time. At least this way she avoids the strip search and jail time. When she’s not writing romantic suspense, she’s sending her characters on adventures to other planets. And to alternate realities. It’s pretty fun. You can find Pauline here: 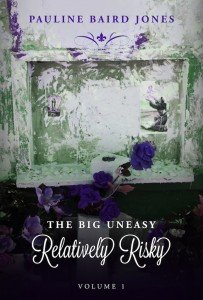 Here’s a blurb of Relatively Risky:

A quirky artist must unravel her parent’s secret past before the mob erases her future. But will the protection of a handsome homicide detective be her only hope of surviving the Big Easy?

Nell Whitby is starting over in New Orleans, getting a publisher for her children’s book, sketching tourists in the French Quarter, and leaving the tragic death of her parents behind. When a handsome detective asks her for a date, her fresh start seems perfect…until a dangerous family secret bubbles up from the past and puts her life in jeopardy.

The oldest of thirteen children, detective Alex Baker has two goals in life: solve murders and avoid anyone under the age of ten. That is, until the day the quirky children’s book author foils a carjacking, becomes a target for the mob, and makes his libido sit up and reconsider the whole no-kids thing. If he doesn’t protect her, she’ll be the next body to turn up in his homicide investigation.

As bullets start to fly, Nell can’t resist her sexy bodyguard or ignore her past, and Alex must protect the irresistible kid-magnet who has them both in the crosshairs.

Thanks to Pauline B. Jones for guest blogging! Pauline asked if you’ve ever plotted a (fictional) murder at an inappropriate place or time. Interesting question. For that matter, have you ever been someplace and thought, “This would be a great place for a murder…”? Let us know in the comments!

Great post, Pauljne. I’ve never been to New Orleans. Never made it closer than San Francisco when I lived in the States. But I’ve lived all around Australia, and I agree that different places teach you different things. Heat and harshness in the West Australian mines of the Pilbara, driving slowly to avoid running over Devils in Tasmania, and the delights of dolphins and albatrosses at sea.

Thank you, Sarah! Sounds like you’ve found some great places to visit–and commit mayhem. (grin) I love SF, too. Like New Orleans, SF has a great personality. 🙂

The cemeteries are amazing! And who thinks that about a place? LOL I’m glad you enjoyed it. We loved our years there and still miss it. 🙂

Thanks for coming by the blog today!

Thanks, Julie and thanks for having me!

Great post, Pauline! New Orleans is a character in itself. I love how you’ve described it here. Love the humor, too. Your new book sounds like a winner!

Thank you, Julie, for hosting Pauline!

Many thanks, Lynn! I will admit it surprised me how easy it was to slip back into the Big Easy frame of mind while writing my book. And after 18 years, I still have a lot of material! LOL