Debra Salonen guest blogs on the topic 'Meet cute' vs 'Meet how?' Skip to content

“Meet cute” vs “Meet how? You’ve gotta be kidding me!”

You know the “meet cute,” right? Hollywood short talk for that charming-if-implausible set up where two protagonists are destined to meet and set in motion the plot that winds up being your story or screenplay.

Roger Ebert explained the meet cute as: a scene “in which somebody runs into somebody else, and then something falls, and the two people began to talk, and their eyes meet and they realize that they are attracted to one another.”

Personally, I love a good “meet cute.” Who doesn’t smile when Rapunzel whacks Flynn with a frying pan? When Hugh Grant and Julia Roberts “bump” into each other in Notting Hill, requiring an awkward yet romantic ‘cleaning up’? Or, what about the timeless Gone With the Wind meet cute when Rhett eavesdrops on Scarlett to her profound and lasting consternation? 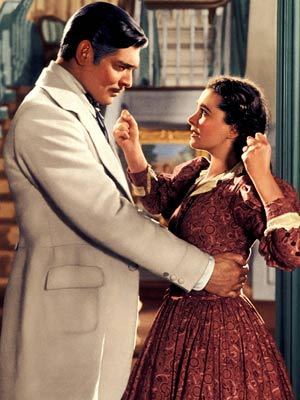 You’d think since I’m such a big fan of the romantic comedy style of introducing two main characters, I’d employ that technique in my Screw Senility series when my heroine, Judy Banger, meets the man of her dreams, right?

If by cute you mean the most embarrassingly timed first encounter possible–one that involves bare skin, fishnets, a bustier…not to mention additional naked people and sex toys in the room…one that leaves Judy praying her insurance covers the cost of elective lobotomies or fantasizing about how to invoke a hiccup in the time-space continuum? Well, then, sure. It’s cute.

Excerpt from The Big Bang! Theory:

Each step was agony. One torture device at a time, she promised, bending over the back of the chair to reach her bustier. She’d barely managed to snag it when the sound of loud, angry voices burst from the doorway. She looked under her outstretched arm to see a tall, silver-hair man in a finely tailored charcoal suit stride into the room. She assumed he was the hotel manager until she spotted the woman two steps behind him.

“Oh, shit,” Judy muttered, spinning around to sit in the chair. Although the woman was in street clothes not a uniform, there was no mistaking Fletcher’s ex-partner, the bitch who trash-talked Judy to her face and at the precinct.

Judy clutched the stiff black satin bodice to her chest when the woman in question looked Judy’s way. In her peripheral vision, she saw Lewis lazily roll to his side, head braced on his palm, to see what all the fuss was about.

Fletcher’s annoyed snarl gave way to a sigh of resignation. He swallowed a big gulp of wine then said, “Hello, Dad. Imagine meeting you here.”

He made a sweeping gesture with his free hand. “Gang, let me introduce you to my father, Judge Wilson Canby.”

“Judge?” Lewis repeated before levitating off the bed to disappear into the bathroom.

Pru, Judy noticed, had apparently snatched her purse and hightailed it at the first sign of trouble.

Judy shrank against the chair pinned by the blue steel gaze that surveyed her from toe to head. The man’s expression was as unreadable as his son’s, but tightly clenched fists and rigid cast of his shoulders spoke volumes. Anger. Frustration. Disappointment. And something else. Grief? Despair?

She’d seen the same look on Buddy’s face when he talked about the pain of losing his wife and the regret he felt over the vast chasm of disconnect between him and his son. Buddy had thrown in the towel and let Lewis manage their relationship. This man, Judy guessed, wasn’t the type to give up without a fight. His Armani suit might as well have been made of chain mail.

“You need to come home, son,” Judge Canby said, his voice deep and surprisingly dispassionate, but not lacking in authority. Judy would have been on her way out the door if he’d directed the order her way.

“I don’t think so, Dad,” Fletcher replied, his tone a bit more peeved. “Wine, anyone?”

Judy suddenly realized she was thirsty. She timidly raised her hand, nearly exposing one breast in the process. Fletcher smiled warmly and carried a glass to her. Still, naked. He didn’t seem embarrassed by his nudity, but her cheeks began to burn when she realized the judge and Clarice were staring at her. Well, the judge, anyway. Clarice’s gaze seemed fixed on Fletcher’s ass.

“Thank you,” she said, her voice a mere squeak.

She polished off the oversize gulp like water then sat up, looking for a method of escape.

“Your aunt’s agreed to meet us at the house, Fletcher.”

Fletcher let out a gruff hoot. “Is this an official intervention? Do you honestly think you can talk me out of living my life exactly the way I want?” He ran a hand through his hair impatiently. “Dad. How many times do I have to say this? I’m not broken and I don’t need fixing.”

“This isn’t who you are, Fletch,” Clarice argued. “We were partners for two years. I know you. And this…” She motioned dismissively toward Judy. “…isn’t you. For God’s sake, Fletcher. This bimbo is old enough to be your grandma.”

Judy jumped to her feet. “I’m nobody’s grandma, bitch. I don’t know what your problem is. You’ve been riding my butt since the day you showed up at my house.”

Judy threw back her head. “Oh, that’s it. You think I’m trailer trash and you’re better than me.” She cleared the distance between them, forgetting her aching feet and lack of clothing. “Well, let me tell you. I may not live in a palace, but I’m not the one breaking down my ex-partner’s door in the middle of the night, am I? Maybe you’re just jealous because nobody invited you to the party.”

Clarice went for her gun, which, luckily, wasn’t at her waist since she was dressed in civilian clothes. Judge Canby struck the table with the palm of his hand. The sound possessed an imperious crack not unlike the attention grabbing noise Gerald made. “That’s enough, Clarice. Is this the woman you said tricked Fletcher into coming here?”

Bang-her. Judy’s fist curled around the plastic whale bones of the bustier in her hand, reminding her Di and Dem were hanging free for everyone–the judge included–to see. And look he did.

He stared for what felt like a lifetime of heartbeats, and then he checked her out from toe to head, again. Judy’s mouth turned too dry for water or wine to fix. Her heart rocketed against her ribs. A connection as alien as something you’d see on Star Trek, yet as palpable as a touch from a loving hand, passed between them.

Panic made her dive for her coat. She tugged it on and raced–or rather stumbled as gracelessly as a drag queen in her first pair of heels–toward the door.

A part of her brain cried, “Picnic basket. Room key. Gerald!” But she ignored the voice. She needed to get away. Back to the safety of her room where she could hide under the covers and try to forget what just happened. Not the sex. That didn’t matter. They were four consenting adults and whatever happened was by choice.

No. She wanted to forget meeting Wilson Canby. Her soul mate. The man of her dreams. The man she’d have spent her whole life waiting for if she thought for even a moment such a person truly existed. But only princesses were entitled to that one special Prince Charming, right? And, Judy had always been more scullery maid than princess–just ask her mother.

So, what do you think? ‘Meet cute’ or an awkward corner I painted myself–and my characters–into? Lucky for me, true love prevails–and gives Judy and the judge plenty to live down as they find their way to their HEA–another tried and true romance meme. 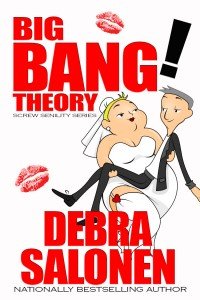 Thanks for dropping by.

Thank you Debra so much for guest blogging! Don’t forget to answer Debra’s question: what is your favorite “meet cute” from books or cinema? Share your answers below!

Deb! So excited to have you here!

Congrats love the Stark Series I’m very glad you are at the top.

Thanks, Julie. I’m a couple of hours behind you, I think. And Thursdays are gym days–something that I worked into my heroine’s life, too–so I’ll be back in a hour or so to check on comments.

Thanks again for letting me hang out at your place. I love your new Demon covers. Wow!

Love the meet cutes in a few books. But have to admit my most favorite is Gideon and Eva in Sylvia Days “Bared to You”.
I enjoyed reading your excerpt and now I want to read the book to see how that turns out my curiosity is piqued.

I’m adding Bared To You to my TBR tower. 😉 Thanks for sharing, Teresa.

I hope you win a copy–curiosity must be quenched.

Love the older main characters in a romance! Here’s an oldie meet cute but it’s from one of my fave authors: Judith McNaught, Something Wonderful, when our hero, Jordan meets Alexandria who’s dressed as a young boy and practicing swordplay and she gets stabbed and ends up in his arms and he’s mad at this stupid ‘boy’ that he has to get doctored up.

That rings a bell! I’m almost positive I’ve read it. “Almost positive” because I used to read so much I often bought books I’d already read. I haven’t had enough reading time lately. I have reading envy.

Thanks for posting, Mary. I really loved writing my older heroine. She never ceased to surprise me.

Oh, I love this except! Who wouldn’t want to read your book after that taste? Adding it to my TBR stack, and my wishlist. Thank you so much for introducing me to your work! 🙂

Aren’t you the sweetest, Karen? Appreciate the kind words. Writing a 54-year heroine makes marketing a bit more difficult. But I had so much fun writing Judy Banger’s stories. I hope she’ll find an audience who appreciates the fact there’s no age limit on love.

how Woods and Della met in Abbi Glines’ book

I don’t know that book. Now, I’ll have to check it out. Thanks for the comment.

That excerpt sounded both awkward and cute…lol. I have definitely read ALOT of interesting situations regarding how they met their mates…My most recent favorite was a Demon One Night Stand Book by Taryn Kincaid..where she was in a dark corner on her knees…well you can imagine what she was doing, when Bryhne found her (which ends up being her mate even thought he was sent by the queen..lol. Talk about needing eye-bleach to get over that one!!

That is hysterical Nikki–including the eye bleach. Ouch. The genre sounds like anything goes! I love that freedom. I never could have written a heroine like this in category romance. Thanks for sharing!