I’ve never been in my own reality tv series but I can imagine what it’d feel like, because I moved 13 times in 26 years to all parts of the country and globe with first my Navy career and then my husband’s.  We’d pack up every single thing we own to include a dog, parrot and two kids and then show up in a strange land with no friends and no connections. Until the second or third day there, when the moving truck pulled up (it took a bit longer for this on the overseas moves) and the reality hit: we weren’t in wherever-we’d-been-before. The kids needed friends, vaccinations, and to be registered for their new school. For 3 moves we needed to learn a new language, be it Italian, French or Russian.

During this time I managed to get published, to see a dream come true. But it wasn’t my only dream–I kept holding on for the day when we’d be ‘settled’ and I could grow roots, meet other writers from the same town. For the day when I’d have a barista who knew my fave espresso and that I liked to write in the corner of the café for an hour each morning. 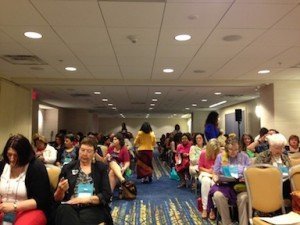 It finally happened—we’ve stopped moving, at least at that kind of pace. And the rewards as a writer have been more than I ever expected. I’m able to go to conferences, especially the more local ones, and meet other authors. I’ve learned that they are real, dedicated people managing their own busy lives. I get to see writers who’ve struggled for years close-up, see what makes them tick, feel their positive energy. I get to see the writers who hang in there in spite of insurmountable odds, and every now and then, one of them makes it big.

I’m grateful to have served my country in and out of uniform, no question. It’s made me appreciate this time of “settling” down so much more. 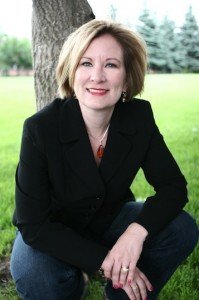 Award winning author Geri Krotow is a U.S. Naval Academy Graduate and former Naval Intelligence Officer. She’s lived all over the globe, from Whidbey Island, WA, to Moscow, Russia. Geri is the author of the Whidbey Island Series for Harlequin SuperRomance, highlighting the loves and lives of military families who live on an island in Puget Sound; the latest is NAVY ORDERS. Geri is thrilled to finally be settled in Central Pennsylvania, USA, after 13 moves in 26 years.

Moving 13 times in 26 years! How often have you moved in a particular period? Can you top Geri? How about setting down? What is the longest you’ve ever lived in one place? Share your stats below!

I always enjoy reading about Geri’s professional and personal life. We’ve been internet friends now going on at least 7 years. I’ve lost track. We hope to meet in person soon.

I’m a fan of her writing and adored her first two novels. I must make time to read her latest offerings. Her last line in her post brought goosebumps: ” I get to see the writers who hang in there in spite of insurmountable odds, and every now and then, one of them makes it big.”

Thanks for keeping it real, Geri. 🙂

Thanks for coming by today, Geri!! It was great chatting with you at RWA!

Julie, it’s my pleasure and privilege to be on your blog. Congrats on your AMAZING success–NYT WOOT!!! Kathleen, you are a dear friend and gifted writer. This is what I love about readers and writers–we are of the same flock.