Late to the Show: Margaret Daley on Zombies - J. Kenner Skip to content 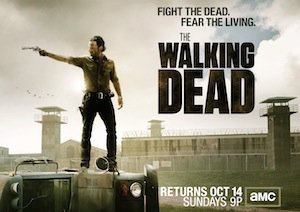 For years I had no interest in watching The Walking Dead, a TV show on AMC. After all, it was about a bunch of zombies. Zombies have never done much for me. I don’t like horror, and you have to admit they look awful and let’s admit it’s scary, too. Nothing would be worst than a bunch of dead people coming after you over and over. So no, I wasn’t going to watch the popular TV show. In fact, I couldn’t see how it was so popular, especially among some writers I know.

Then because there wasn’t much else to watch, I taped three year’s worth (a marathon weekend of viewing The Walking Dead), thinking I would watch a few and see what everyone was talking about. My friends were already excited about the new season starting in October. It would be easy enough to delete three year’s of shows if I couldn’t get pass the first episode.

shows and was hooked. I was hooked after the first couple of shows. I will admit I still don’t care for zombies and they are gross to look at but the cast and story-lines on the show are great. You never know when someone will be killed off or a new character will be introduced. No one is safe from the zombies, but the story is about human nature and our survival instinct.

I have several favorites on the show. Rick is great as the central character—very complex. Then there is Daryl. At first I thought he would be like his brother, but he has grown into a neat character over the three years. I hope Carol and Daryl get together. They need each other. Hershel is another that has changed and I’ve grown to like. In fact, the part of the story I like the best is how the characters are affected and adapt to what is happening

I could go on and on about the characters.I’m looking forward to what they do with the prison in the 4th season. I’m sure we’ll see the Governor again—great villain. And the new people added in season three look interesting (since Andrea was killed—hated seeing her go).

Which character(s) do you like from The Walking Dead? What do you think will happen in Season 4? 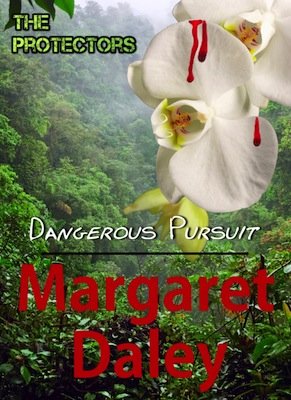 My new book is called Dangerous Pursuit, Book 1 in my latest series, The Protector:

Reading about danger never prepared Samantha Prince for the desperate phone call from her brother in Brazil that sent her from the safety of her New Orleans bookstore into the rugged, inhospitable Amazon in search of him and a hidden treasure. And reading about romance never prepared Samantha to resist the mysterious appeal of Brock Slader, a guide she hired to help her in her quest.

Alone with Brock in an alien world of orchids and anacondas, primitive headhunters and very up-to-date gunmen, she struggles to keep their relationship strictly business. Will Samantha survive the dangers in the jungle only to have her heart broken by a man who lives on the edge—no strings attached?

I will be releasing the second book in the series in a couple of weeks called Dangerous Interlude, available at Amazon and Barnes and Noble! 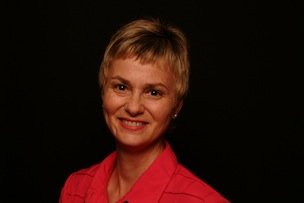 Margaret Daley, an award-winning author of eighty-four books, has been married for over forty years and is a firm believer in romance and love. When she isn’t traveling, she’s writing love stories, often with a suspense thread and corralling her three cats that think they rule her household. To find out more visit Margaret Daley’s website. Or you can connect with Margaret at her blog, on Facebook, or on Twitter!

Thank you Margaret for blogging today!

I’m also excited about the new season of The Walking Dead! Be sure and answer Margaret’s question:

“Which character(s) do you like from The Walking Dead? What do you think will happen in Season 4?”

Share your thoughts and premonitions in the comments section!

Thanks for coming by! Love Walking Dead!!!

Thanks for having me, Julie.