Lois Winston on Writing Outside the Box - J. Kenner Skip to content

For those of us who are “pantsers” rather than “plotters,” I’m sure you’ve at some point found a minor character taking over one of your stories. Such was the case when I began writing Talk Gertie to Me. What started out as a chick lit fish-out-of-water story about a sheltered Midwest twenty-something leaving home and moving to Manhattan, quickly grew into much more. Why? Because my heroine’s mother kept forcing herself onto the pages of the book. After fighting with her for a few chapters, I finally gave in to her demands, and am I ever glad I did! 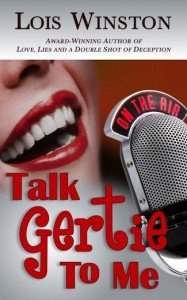 I’ve since published fourteen additional books, and I’ve come to learn to trust my characters. Sometimes they have to beat me over the head until I’ll listen to them, but when I finally do, I rarely regret it. Like arguments, every story has two sides. I was only telling Nori’s side of the story. When I allowed her mother Connie a say in things, the result was a more complex, serio-comic book involving issues we all face as we grow up, marry, and have children. It became a book not just about cutting the apron strings but about choices, regrets, and second chances, none of which would have been possible without allowing Connie a say.

Connie taught me a valuable lesson: complex characters are the driving force in any story. If I hadn’t given into her demands, I would have written a run-of-the-mill chick lit novel, forgotten over time like so many other chick lit novels of the late nineties and early two thousands. Instead of following the chick lit trend of books about twenty-somethings who hate their jobs, date losers, and obsess about shoes, Connie forced me to write outside the box.

I’ve been writing outside the box ever since. In the romances and romantic suspense books I write under my Emma Carlyle pen name, I often tackle issues you don’t normally see in traditionally published romances and romantic suspense. For instance, in Finding Hope my hero is married to another woman for the first part of the book. I could have written the book in such a way that he and his wife had already split before the book opens, but it wouldn’t have had the same emotional impact. 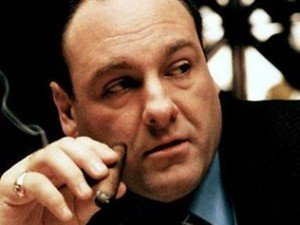 In my Anastasia Pollack Crafting Mystery series, I break many of the “rules” governing traditional/cozy mysteries. I use four-letter words, for one thing. Some readers have objected, but hey, my Mafia loan shark isn’t going to say, “Gosh darn it!” He’s going to drop the occasional F-bomb because he has to be true to who he is. Tony Soprano wasn’t Gomer Pyle.

I want my books to challenge readers to step outside their own boxes and not be afraid to read something a little different, not be tied to the “conventions” they assume govern genre fiction. The only rule I believe writers should follow is the one that states you should write a great book. Many other authors and publishers apparently agree with me if you look at the growth of cross-genre fiction over the last few years.

Speaking of cross-genre fiction brings me back to Talk Gertie to Me. Over the years I’ve 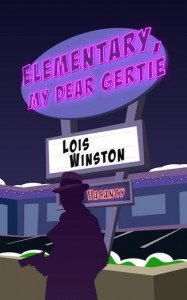 had readers ask if there would ever be a sequel. I never considered one until one day when I thought, why not? At that point I was firmly entrenched in Anastasia’s mystery world. What would happen if I tossed Nori and the gang into the middle of a mystery? Would fans of Talk Gertie to Me accept the mystery plot? I wouldn’t know unless I tried. So I did. The result was the novella Elementary, My Dear Gertie.

I’d love to know what you think about making the switch from one genre to another with the same characters. Would you pick up a sequel that nudged the world of the first book into another genre? And how do you feel about books that bend genre conventions? 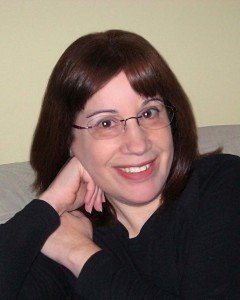 Here’s an except from Talk Gertie to Me:

Out of adversity comes…a better life than you ever expected? Twenty-seven-year old Nori Stedworth thinks her day can’t get worse, until she finds her mother on her doorstep—complete with luggage and a crisis of her own. Now Nori’s inner voice, whom she always called Gertie, is piping up again, and is Gertie ever cranky. But witty. Fate smiles on Nori in the form of a much too good-looking guy who talks her into parlaying Gertie’s acerbic wit into a wildly popular radio program. And Mom? Mom’s quirky craft skills land her on Letterman and a budding crafts empire. Even if Mom’s plan for Nori’s life isn’t panning out, the two women can agree that it’s never too late to listen to your inner voice.

And don’t forget to check out Elementary, My Dear Gertie:

Two years have passed since the happily-ever-after that isn’t doing so well. Nori Stedworth has moved in with the love of her life, Mackenzie Randolph, much to her parents’ displeasure. They’re coping as best as parents from Ten Commandments, Iowa can. They want Mac to make an honest woman of their daughter, and that means nothing short of marriage. Mac is all for exchanging I do’s. He’s even bought the ring, but before he can pop the question, an explosion hurls him and Nori right into the middle of a murder investigation. Gertie, Nori’s alter-ego, can’t help but lend her acerbic wit to the twists and turns as the town is turned upside down in the search for a murderer and arsonist, and yet another scandal envelopes the not-so-pious residents of Ten Commandments.

A huge thanks to Lois Winston for guest blogging today! And don’t forget Lois’ question: “Would you pick up a sequel that nudged the world of the first book into another genre? And how do you feel about books that bend genre conventions?”

Let us know your thoughts in the comments below!

Great post, Lois, and it rings so true. I have often thought of putting hereditary vampires (such as in my Bayou Gavotte series) into a Regency story. And I love (and write) romances that are also mysteries, and vice versa. Hooray for cross-genre fiction. 🙂

Thanks for stopping by, Barbara. I love that authors no longer feel constrained by the conventional wisdom of what should and shouldn’t be in various genres. A good story is a good story. You should go with your idea. Good luck with it!

Gertie sounds fabulous! I like seeing the same characters popping up in other stories. There’s a comfortable familiarity that comes with it. There are often ready-made insights because of that character. Best luck Lois.

And Julie, HUGE congrats on the bestseller lists.

Thanks, Rose. I’m thinking it may be time for Gertie to make another appearance.

Enjoyed the blog, Vicki. With two novels to my credit, I don’t have experience enough to have an opinion in this matter. I tend to be a POV purist, I’m most content when I read a book that stays in max. two POV.

Hi Rayne! Not Vicki here, it’s Lois. But glad you enjoyed the blog. Readers and authors alike have different comfort levels, but every so often it’s not a bad idea to stretch your boundaries. You might be pleasantly surprised. And if not, you haven’t lost anything by trying.

Thanks so much for being here today, Lois!

Thanks for having me, Julie! Really appreciate it.

Hi, Julie, hi, Lois. Great blog. As someone who’s read Lois’s work, I love the big book, rich environment feel of your stories, and I totally don’t want to read about a Mafia guy, Gomer Pyle… but now that you mention it, Lois could probably pull it off. 🙂 I’m going a step further right now working on edits for an upcoming book, and I love a populated story. I admire those who can pull off 60 to 80,000 words with two or three characters. I’m not one of them. But my problem right now is I have a scene where I require several characters to take part and they walk off and walk on again. There’s a finesse to this, I imagine — don’t want to create characters we’ll never see again. Any suggestions

Wow, Donnell. Tough question to answer without seeing the scene, but it can be done. Sometimes you do need a throwaway character in a scene in order to advance the plot. It’s not verboten, but you need to have a reason for using one.

Just remember that every scene and every piece of dialogue within a scene MUST do one of two things–either advance the plot or tell the reader something essential about the POV character that the reader needs to know AT THAT MOMENT. If the scene or dialogue do neither, you’re writing filler.

You may also find that once you write out the scene, you’ll be able to combine a few characters, that you really didn’t need everyone you initially included.

Genre, schmenre. Just give me a good story. 😉