Most Wanted Monday - A peek at Heated by J. Kenner - J. Kenner Skip to content 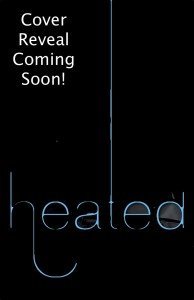 UPDATE: THE COVER REVEAL IS UP!!!  Click the image or click here for RT’s exclusive cover reveal!

OMG, you guys are going to flip over the cover for Heated. This one features Tyler Sharp, and he is HOT.

Yeah, yeah, I’m teasing you…the cover reveal is coming SOON!!!!  In the meantime, if you want to know more about the story in Heated and get another peek into Wanted?  Read on!

Sloane Watson is an undercover cop who is more than capable of standing on her own two feet. So when notorious bad boy and swindler Tyler Sharp becomes the focus of her investigation, she’s determined to do anything it takes to get to the bottom of whatever covert schemes he’s running–even if that means posing as an exotic dancer at Destiny, the club Tyler co-owns with partners Cole August and Evan Black.

But going head-to-head with Tyler proves to be more distracting than Sloane could have imagined, and as much as she tries to resist him, he has a knack for crashing through her defenses and taking her, both physically and emotionally, to places she’s never been. She’s playing a dangerous game–and it’s not just her profession that’s on the line,  but her heart.

And just to give you a taste, here’s short excerpt from Wanted that includes a quick description of Tyler:

I sighed, Cole’s scent reminding me of Uncle Jahn, a musky male scent that probably came in a bottle but seemed to me to be part and parcel of those men I adored.  “I’m glad you’re here.  I thought you were out of town.”

“We came back, of course.” By we, I knew he meant himself and Tyler Sharp. “We had to be here for Jahn,” Cole added.  He pressed a chaste kiss to my forehead.  “And for you.”

“Is Tyler hiding in the crowd somewhere?” I didn’t mention that I’d already honed in on Evan.

“He was right behind me.  But he was was snagged by a limber blonde thing who looked like she wanted to wrap herself around him.”

I had to laugh.  Even at a funeral, Tyler was a girl-magnet.

Cole grinned.  “Yeah, well, don’t hold it against her.  I get the feeling she’s been self-medicating her grief for hours.”

He looked hard at me, the humor all but erased from his face.  “You need anything, you ask.”

I nodded, but stayed silent.  The only thing I needed was to let myself go a little wild.  To shake off the weight of my grief, cut loose, and get lost in an adrenalin haze.  It would work—I knew damn well that was the best way to take the edge off the pain and loss I was feeling.  But no matter what, I wasn’t going to go there.

Beside me, Cole called out a greeting to Tyler.  I inched away from Cole and watched as the third of Jahn’s knights approached.  Where Cole was burly, Tyler was lean and athletic.  He had the kind of good looks that could sneak up on a person, and the kind of charm that could make people do whatever Tyler wanted, and be absolutely certain it was their own idea all along.