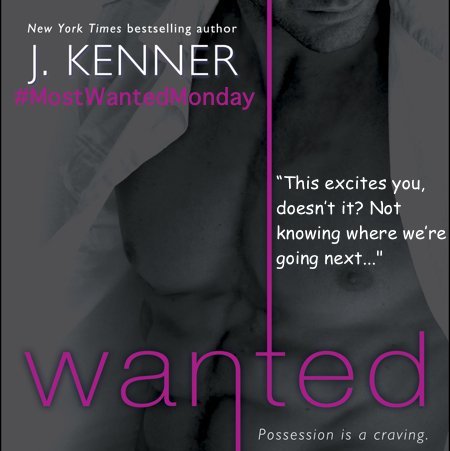 “Good girl,” he said, then brushed the gentlest of kisses over my lips. “And I think we’ve found what you want,” he added, closing his hands over mine.

I drew in a shuddering breath, because he was right. He had me trapped—maybe not by reality, but by the promise of my own obedience.  The result was the same. I was desperately, hopelessly turned on.

“You like this,” he said. “You’re open to me—open to the world. Down and dirty with me in an alley where anything could happen.” Once again, he leaned in to whisper. Once again, I was struck by how well he knew me. “This excites you, doesn’t it? Not knowing where we’re going next. What’s going to happen. Who might turn that corner. Not knowing if I’m going to kiss you or fuck you.” He paused, and his next words made me moan aloud. “I’ll give you a hint, Angie. I’m going to do both.”

I hadn’t noticed when he’d removed one of his hands from where he gripped mine, but I noticed now that he was trailing his fingers up my thigh, slowly lifting the hem of my skirt as his hand rose higher and higher.

I whimpered a little, but the hand on mine held fast, and he shook his head. One tiny motion. No.

I closed my eyes and surrendered to both the unspoken command and to my own overpowering need to revel in the exhilaration of this moment. He had me pinned against the wall, held in place by his large hand cupped around my wrists. His body was so close to mine I could feel his heat. And his hand was rising higher and higher toward my now-soaked panties, my throbbing clit, and my cunt that was slick with arousal.

That I would regret it in the morning.

But I didn’t regret it then. Not one little bit.

You can meet him in Take Me, the epilogue novella to the Stark Trilogy, coming TOMORROW (squeeeeeee)!

And yes, you can snag Take Me right here:

And, of course, you can really get to know Evan in Wanted: