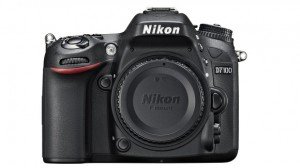 I spent some of this weekend playing with my new toy, a Nikon D7100 digital SLR camera.  (Merry Christmas to me!)

I’ve been wanting a new camera for a while, as I haven’t owned a “real” camera since college, a hundred million years ago. Back in the day (when my undergrad was film and I took photography classes on the side) I actually spoke the f-stop and shutter speed language. But I’ve managed to forget all of that.  So I feel like I’m starting fresh, especially since the only digital images I’ve ever taken have been with a point-and-shoot compact camera or an iPhone.

It was the iPhone that started all this.  The iPhone and my kids, that is.  It’s been on my mind for a while (I was having camera-lust while watching Veronica Mars.  Of course, that also involved the fantasy of being a private detective, but that isn’t going to happen) but what really kicked my desire into gear was realizing that I’m missing out on great family moments because I just can’t get the images I want with my phone (hello, crappy pics and video from Isabella’s first public school Christmas pageant!).

So off we went to the camera store.  And I’m in serious lust with this puppy!

Bear with me, as I’m going to blog about learning all this stuff.  So far, I’ve pretty much learned how to point-and-shoot.  Ahem.  But I plan to get better!

(Actually, as you can see from the gallery below, I’ve been playing with the 18-270 Tamron lens that I bought with the camera.  I really loved the folks at Precision Camera in Austin, and the guy who helped me was fabulous (thank you, Ian!).  I explained that I am doing a ton of traveling this year, including Europe, and I wanted a reasonably priced lens that would let me get both vacation pics and arty pics without having to do a lot of lens-schlepping or changing.  So far, I’m pleased!  And in addition to zooming and getting close in, I’ve played with the camera’s “scene” capability, setting it for pet portraits … and being pleasantly surprised that there was no red-eye effect!)

Here’s a gallery of some images I’ve done so far.  None of them are re-touched, though I did crop two of them to squares and add text because I figure if I have a camera I need to hang more on Pinterest and Instagram!