Heated by J. Kenner on Most Wanted Monday - J. Kenner Skip to content

Welcome to #MostWantedMonday — today’s snippet is from Heated, book 2 in the Most Wanted series following the New York Times bestselling Wanted! 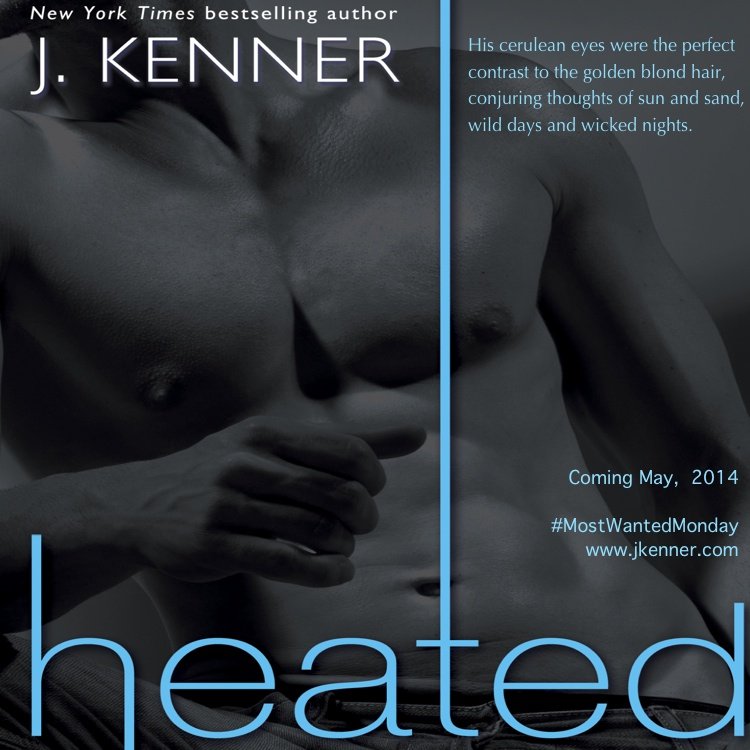 “I’m Sloane. Sloane O’Dell,” I added, using my mother’s maiden name and not my own last name of Watson.

“Who are you here with?” she asked.

“I’m sorry, what?  I didn’t quite hear you.” That was a lie, of course.  I was hoping she’d had several of those glasses of wine and had forgotten the question.

“I was wondering who you came with.  I think I know everyone on Lina’s side of the guest list, so you must be a friend of Evan’s?”

“I’m actually looking for Tyler,” I said, and prided myself on my ability to tell the truth and lie all at the same time.

“He was running late, but I just saw him,” she said, surprising me.  I wouldn’t have tossed that out so cavalierly if I’d realized he was in the building. I wanted time to watch him before we actually met.  I wanted to think and plan and choose my moment, not have someone else choose it for me.  Kat, however, had lifted herself up onto her tip toes.  Her fingertips were pressed against the pillar near my shoulder as she balanced herself and scoped out the crowd.

“Don’t worry about it,” I said.  “I’m sure he has people he wants to say hi to.  I’ll find him in a minute.  Besides, I should probably hit the ladies room and—“

“There he is!” Her voice was triumphant, and she grinned at me as she waved to him.  As I’m a good three inches shorter than Kat and was wearing flats, I had absolutely no idea if she saw him or if he was on his way over.

I took the opportunity to gather myself and plan my attack.  Kat’s enthusiasm may have thrown me for a loop, but there was no denying that she was doing me a favor.  I needed to get close to Tyler Sharp—he was my best bet for getting inside Destiny.  And if Kat had actually called him over, I couldn’t get much closer than that.

I was beginning to think that he either hadn’t seen her or had chosen to ignore her, when I saw the glint of gold as the light struck his hair. He wore a charcoal gray suit, and the fine lines and expensive material contrasted with the slightly mussed hair that he wore just a little too long for the corporate rule book.  Now, it was tied back in a manner that highlighted the sharp angles of his cheeks and jawline.

His cerulean eyes were the perfect contrast to the golden blond hair, conjuring thoughts of sun and sand, wild days and wicked nights.  All in all he had a devil-may-care look about him, and that was only accentuated by the beard stubble. My fingers twitched, and to my horror, I found myself wanting to reach out and stroke his cheek, letting the roughness there smooth away my hard edges like sandpaper.

Pre-order your copy of Heated now!  (It’s coming in May!)

And don’t miss book 1 in the Most Wanted Series: