Super-steamy excerpt as we countdown to HEATED by J. Kenner next Tuesday! - J. Kenner Skip to content

Home » Blog » Julie/JK's Books » Super-steamy excerpt as we countdown to HEATED by J. Kenner next Tuesday! 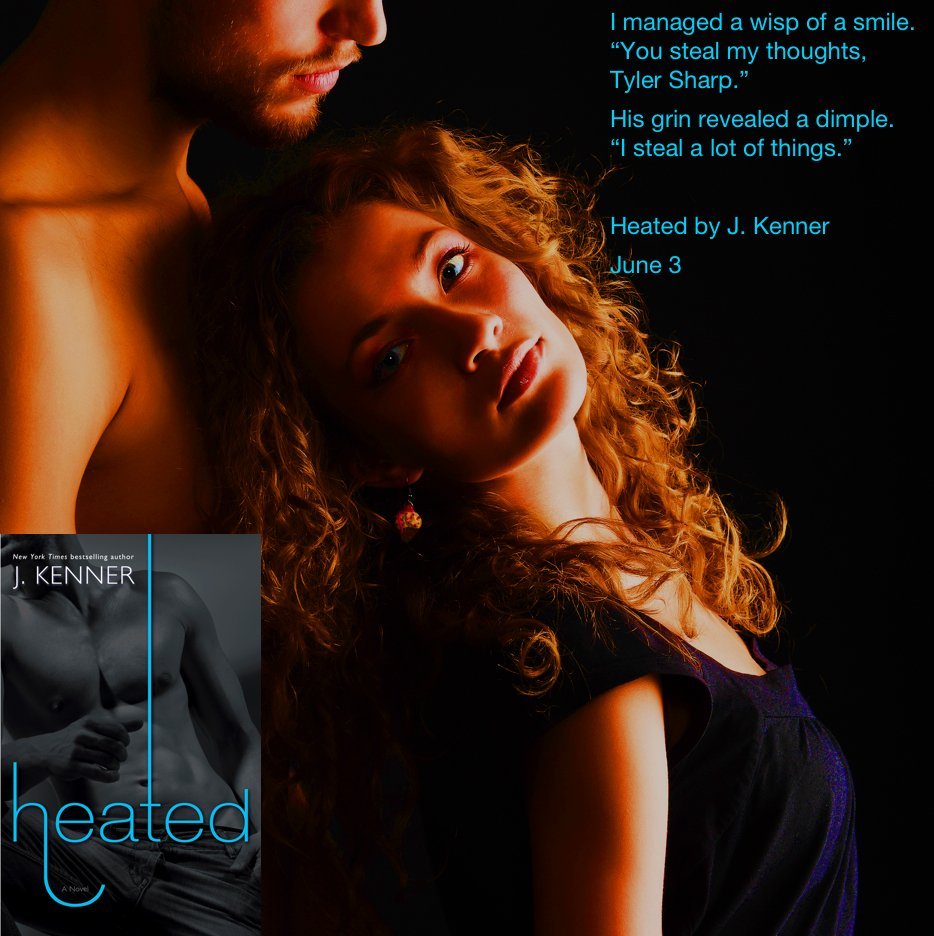 Heated is coming June 3 — it’s book 2 in the Most Wanted series, and I’ve been thrilled with the response from early readers!  Here’s a steamy snippet for you to enjoy as we get close to release day!

“A fiery temper often translates to fire in bed.” He stood, then slowly moved to stand in front of me. “I’m looking forward to finding out if that’s true.”

He reached out then to cup my breasts in his palms. His skin felt hot against mine, and I closed my eyes with a small moan of satisfaction that turned into a gasp as his thumbs flicked over my nipples. Then he released me, and I opened my eyes to see him circling me, his focus so intent that I had the feeling he was memorizing every inch of me.

I twisted, wanted to keep him in sight, but kept my feet planted. When he had circled me completely, I met his eyes as he smiled in approval. “You’re perfect,” he said. “And you’re already aroused. I like that—I like knowing that you want me touching you, stroking you. That you already crave me deep inside you again.”

I started to shake my head—to protest simply for form. But it would be a lie. And I knew that he could see the truth in the color of my skin. In the way my pulse was pounding, the beat obvious in my neck and in the rise and fall of my chest. My eyes were surely dilated. And those natural redhead curls between my thighs were damp with the evidence of just how turned on I was.

So instead of protesting, I simply looked at him, my own gaze dipping down to his crotch—and the pants that were doing very little to hide just how aroused he was. “I like knowing it, too.”

He chuckled. “I’m tempted to throw you back on that couch and take you right now.”

He stepped closer, and though he still didn’t touch me, every atom in my body buzzed and hummed in anticipation and want. Please. The word seemed to scream through my mind. Please touch me.

“Soon,” he said. “What’s that saying? All good things to those who wait?”

At that he laughed outright. “For the record, I feel the same way. But I’m having too much fun tormenting you to stop.”

I grinned. “And again, with the honesty.”

“Apparently you bring it out in me. Interesting.” He took a step closer, then slowly touched his finger to the red and angry scar that marred my left hip. “Bullet,” he said, his eyes flicking up to mine in an unspoken question.

“A mugging,” I said, managing the lie smoothly. “Not one of my better days.”

He eased around me, his finger tracing over my skin as he moved from the entrance to the exit wound. “Clean, or at least it looks it.”

“It got some of the bone,” I said. “It hurt like a bastard, but it’s healing. Just twinges now. I don’t like to talk about it.”

He nodded, then kissed his fingertips before pressing them to the wound. “Then we won’t. Instead, we can talk about how beautiful you are. How hard I get just watching you.” He tucked a loose strand of hair behind my ear. “And I do like to watch.”

He dipped his gaze to my breasts, and my nipples tightened in response. A small smile touched his lips as he lifted his eyes back to mine. “I like to see the subtle changes in your body as you become aroused. I want to memorize the expression on your face when you come,” he added, taking my hand and slipping my fingers between my legs. I was hot and slick, and a tremor ran through my body as my finger barely grazed my clit.

“Oh, god, Tyler, please.” I wasn’t sure if I was begging for him to let me stop or to demand that I continue. Confusion swirled around me. I wanted to turn away. To pull my hand free. To hide. But at the same time, I didn’t want this feeling to end.

“It’s not about fetishes, it’s about pleasure,” he said, then gently drew my hand away, making me whimper. “And it’s about pushing limits to find the ultimate. I intend to push those limits with you. Soon,” he said, reaching down to lightly stroke between my legs, as I silently screamed in frustration at the gentleness of his touch when I desperately wanted to be ravaged. “Right now, I want to keep you on edge.”

“You’re doing a damn good job of it.”

“I —I did,” I admitted. “I do.” I straightened my shoulders as I let the truth settle over me. “I’ve never—It’s not the world I live in,” I finished lamely.

“No? That’s a shame. Everyone should feel alive. Should smash up against passion and danger, against temptation and anticipation. You have to push the envelope sometimes, because otherwise how do you know what your limits really are?”

I opened my mouth to respond—to tell him that I got that thrill in my job, chasing and catching men like him. But I couldn’t go there, and I swiftly bit back the words.

“I know I have an answer to that, but it’s gone.” I managed a wisp of a smile. “You steal my thoughts, Tyler Sharp.”

His grin revealed a dimple. “I steal a lot of things.”