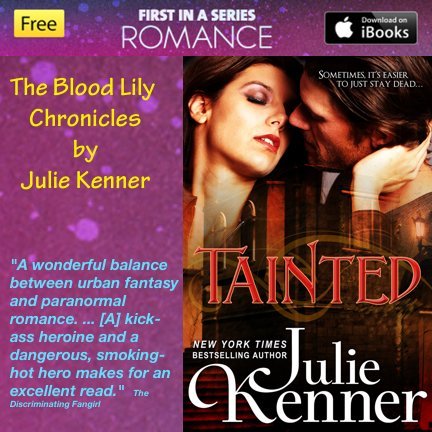 I’m thrilled that Tainted, book one of the Blood Lily Chronicles, is currently available for a FREE download on iBooks!

Be sure to grab your copy now!  And don’t miss the other two books in the trilogy, Torn and Turned!

“Can I just say that dying sucks” So begins the first installment of the Blood Lily Chronicles, an urban fantasy romance which introduces readers to Lily Carlyle, a tough-talking bad girl who’s been chosen to save the world, and Deacon Camphire, the darkly sensual man whose words seduce her, but whose actions suggest he’s hiding secrets of his own…