We are continuing to countdown to the September 9 release of IGNITED by J. Kenner – Most Wanted book 3! It is less than a month away!! Have you pre-ordered Cole’s story yet? 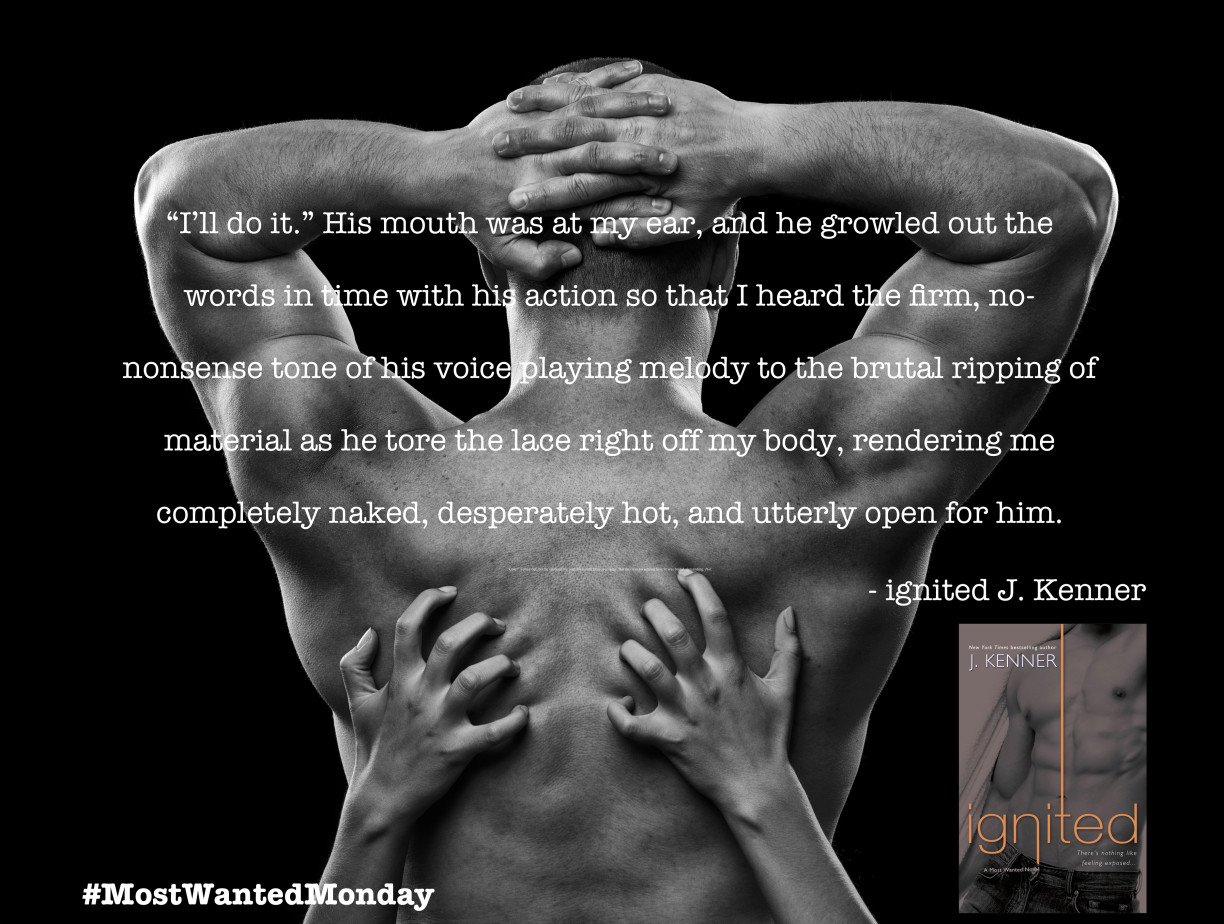 “Hard limit? That’s bullshit. Do not tell me what I do and do not want and what I can and cannot have. I’m a grown woman, damn you. I know what I want, what I need. But you’re so goddamned hardheaded.”

I was stalking toward him now, and I was supremely pissed off. So was he. I could see the fire in his eyes. Cole wasn’t defied frequently. I wasn’t sure he quite knew what to do with me.

“How do I convince you that you don’t scare me? This?” I grabbed my shirt by the hem and ripped it up over my head. I tossed it aside. “This?” The bra went next, and as soon as I’d dropped it on the floor I grabbed his hand and tugged so that I was standing right there—right in front of him.

Before he could think or protest, I cupped his hands on my breasts, and as he sucked in air through his teeth, I let go so I could reach down and unbutton my shorts. I tugged the zipper down, shimmied out of the damn things, and then hooked my thumbs in the band of my tiny lace thong.

“No,” Cole said, closing one of his hands over mine.

I aimed a look of pure defiance right back at him, then kept right on going.

He grabbed my hand, then pulled me hard toward him so that I slammed against his chest. I gasped, then found myself breathing hard into the small indentation at the base of his throat.

“I’ll do it.” His mouth was at my ear, and he growled out the words in time with his action so that I heard the firm, no-nonsense tone of his voice playing melody to the brutal ripping of material as he tore the lace right off my body, rendering me completely naked, desperately hot, and utterly open for him.

“Cole!” I cried out, but he silenced me with his mouth firm over mine. But this was no sensual kiss. It was brutal, demanding. Hot.