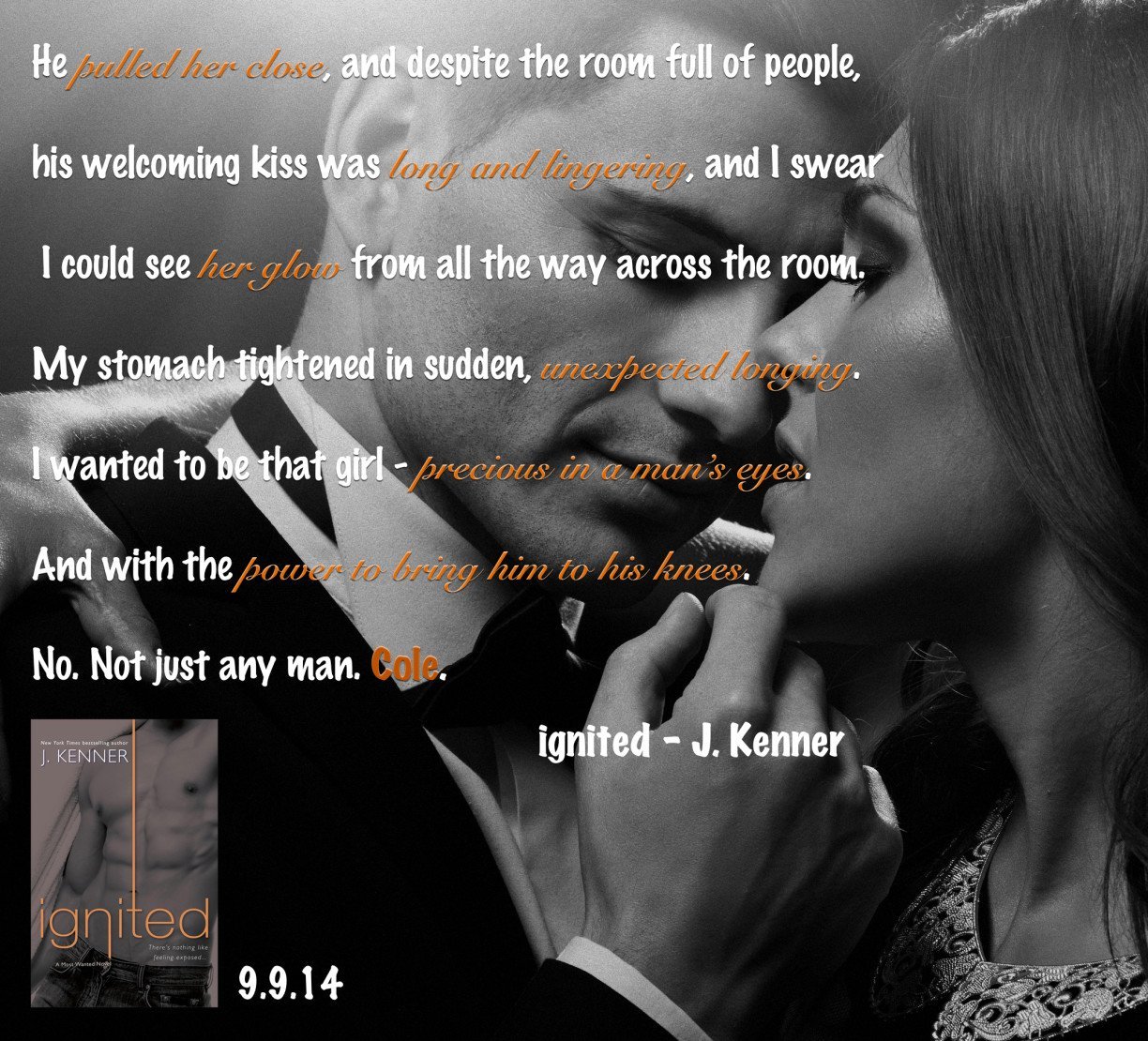 It took me a few minutes to gather myself before I returned to the party, and the moment I slipped around the rope barrier and felt the press of gaiety and chatter all around me, I knew that I should have taken a few minutes more.

Whatever you want, I’d promised.

Did he understand how completely I meant those words? Had it really been desire I’d seen when he’d looked at me? And, if so, what was he going to do about it?

For that matter, what was I going to do about it?

Apparently I’d just come full circle. I’d started the evening with the intention of seducing Cole August. And despite the electricity that had crackled between us, I don’t think I’d come even the slightest bit closer to that goal.

How’s that for a complete failure to meet a mission objective?

Once again, I was not doing my father proud. Maybe if I thought of Cole as a mark rather than as a man . . .

I started to run my fingers through my hair, then caught myself before I accidentally pulled it out of the clip. Since I desperately wanted something to do with my hands, I waved down a svelte, dark-haired waitress. I spent a moment debating between a spring roll and sushi. I ended up taking one of each, then cursed myself. Food, Cole, my whole damn life. Apparently I was doomed to shoulder the curse of indecisiveness.

I moved toward a wall to get some breathing space away from the throng and tried to find Cole. It wasn’t hard. He’d moved away from the crush of bodies and now stood in an alcove beside a portly man with a ruddy, unattractive baby face. The man was talking animatedly, his skin becoming more splotchy by the moment and his hands fluttering as if in punctuation of his words.

Cole showed no reaction at all—which told me right there that he was pissed as hell and doing a damn fine job of holding it in. Cole’s temper was famous, and whoever this man was, he wasn’t scoring points by threatening to incite an explosion during the gala.

I considered going over and interrupting—if nothing else that should distract Cole’s current nemesis. But fortunately, the gallery’s business manager, Liz, slipped up, offered the man a drink, and artfully led him away.

Cole watched them go, and I saw his fist clench at his side. I started to count, and when I got to ten, Cole pushed away from the wall. Anger management tricks, I knew, and he was putting them all to use.

I wondered what he was angry about. I didn’t, however, wonder enough to go ask him. No, I was much more selfish than that. I was still focused on my own problem with Cole—and it wasn’t his temper that I wanted to see explode.

I considered calling Flynn, my friend and roommate of the last few months. At best, he’d have a useful guy perspective on the whole mess. At worst, he’d offer a few soothing words. But I knew he was working tonight—if he wasn’t, he’d be at the gala. Flynn wasn’t one to miss a party. Especially not one that serves free alcohol.

Even a girl perspective would be good, but Angie and Evan had been double-booked tonight, and had already left to meet her parents for a wedding-planning dinner, and Tyler’s girlfriend, Sloane, hadn’t yet arrived.

I knew she was working late because last night over martinis she’d told me about the surveillance job she was on, but I’d thought she would be here by now. Selfish, maybe, but we’d become tight, and I wanted her around for moral support.

I glanced at my watch, then frowned. Then I told myself that it wasn’t fair to be annoyed when Sloane was off doing her job and had no clue that I was contemplating seduction and needed hand-holding.

Then—thankfully—the gal pal fairies took pity on me, because when I glanced toward the front of the gallery, I saw her pulling open the glass door and gliding over the threshold.

Despite the late hour, the air was stifling from an unseasonably hot May. Even so, Sloane looked bright and fresh and pretty—like the girl next door who just happened to have the hard edge and cynicism of a former cop. I started to head that direction, then stopped when I saw Tyler approach her, his eyes bright with appreciation.

He pulled her close, and despite the room full of people, his welcoming kiss was long and lingering, and I swear I could see her glow from all the way across the room.

My stomach tightened in sudden, unexpected longing. I wanted to be that girl—precious in a man’s eyes. And with the power to bring him to his knees.

No. Not just any man. Cole.