Only 2 more days and the dark and delicious Cole will be available! 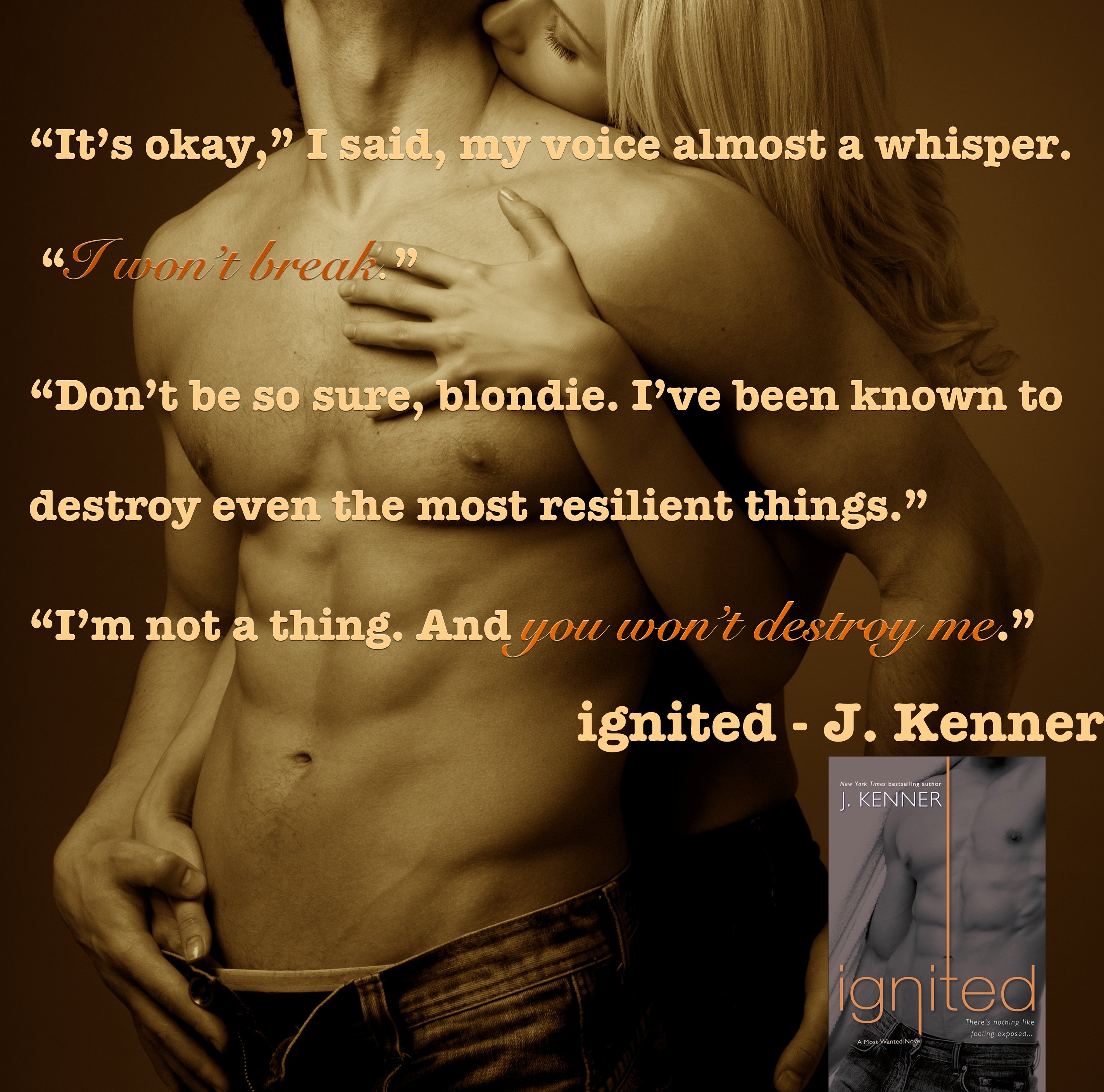 “Want,” I repeated. Where Cole was concerned, what didn’t I want?

“I told you earlier that you owed me,” he said. “Do you want to call us even?”

He was silent for a moment, and then one moment longer. “No,” he finally said.

His expression remained perfectly stoic, but he lifted his hand toward my face, then dropped it, as if he were a child who’d caught himself about to do something naughty.

“Don’t be so sure, blondie. I’ve been known to destroy even the most resilient things.”

“I’m not a thing. And you won’t destroy me.” I hesitated only a second, then took one step closer. The difference was only inches, but the air seemed suddenly thicker, as if my lungs had to work harder to draw in oxygen. “It’s okay,” I said again.

All around us, the party continued, but I’m not sure either one of us was aware. Instead, it felt as if we’d stepped into a vortex, and at least in our little corner of space and time nothing else mattered or even existed.

I held my breath, wanting his touch so badly I could taste it. And when he finally brushed the side of his thumb over my cheekbone, it was all I could do not to moan aloud.

All too quickly he took his hand away, leaving me bereft.

All too quickly he stepped back, forcing the world around us to come back to life.

“Tender,” he said. “And a bit mysterious. With layer upon layer just waiting to be discovered.”

He was silent for so long I began to fear he wasn’t going to answer. When he spoke, his words cut through me, sharp and sweet. “I think about you more than I should.”

It was suddenly very warm in the gallery. Little beads of sweat gathered at the hairline on the back of my neck. I needed air, because it seemed as if all the oxygen had been sucked out of the room.

Somehow, miraculously, I formed words. “What are you thinking now?”

I saw the answer I craved in the lines of his face and the stiff control of his body. I felt it in the way the air between us crackled and sparked. I even smelled it, that warm and musky scent of desire.

The reality of his answer surrounded and enticed me, and yet when he spoke, his words denied me. Denied us both.

“I’m thinking no,” he said, destroying me with nothing more than those three simple words. “And I’m thinking that I need to get back to my guests.”