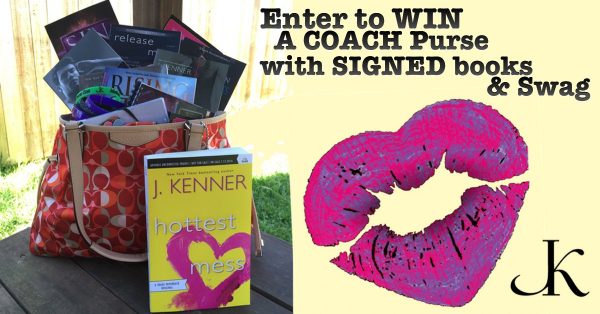 Are you ready to get Dirty with Dallas?

Dirtiest Secret is releasing April 19th and to celebrate I am giving away a COACH purse filled with a Kindle Paperwhite, SIGNED books and premium SWAG! See all the details, rules, and eligibility below! 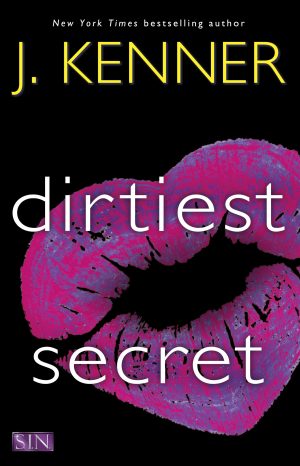 It was wrong for us to be together, but it was even harder to be apart.

The memory of Dallas Sykes burns inside of me.

Everyone knows him as a notorious playboy, a man for whom women and money are no object. But to me, he’s still the one man I desperately crave—yet the one I can never have.

Dallas knows me better than anyone else. We bear the same scars, the same darkness in our past. I thought I could move on by staying away, but now that we’re drawn together once more, I can’t fight the force of our attraction or the temptation to make him mine.

We’ve tried to maintain control, not letting ourselves give in to desire. And for so long we’ve told ourselves no—but now it’s finally time to say yes.

Pre-order your copy and complete the Dirtiest Secret Pre-Order Contest Entry Form for a chance to win!

(**No purchase necessary; see Official Rules below for how to enter without a pre-order. Contest open to US residents age 18 or older.)

Dirtiest Secret is dark, dangerous, thrilling, and absolutely dirty in the most wicked ways. I love that J.Kenner is a talented author who is not opposed to taking risks. You never know what you’re going to get. ~Audrey Carlan, #1 New York Times Bestselling Author

“Strong writing propels an exciting tale of longing, danger, and forbidden desire. The ending’s twist will leave readers eager for the next installment.” ―Library Journal

“WOW!!!!  I honestly would give this book more than 5 stars if I could.  This book had me so engaged that I didn’t want to put it down and I couldn’t stop reading.  I devoured this book in less than a day.” …… Jennifer H., Book Bitches Blog

Intense, mysterious, intriguing and hot!  I never thought anything taboo could feel so right. – My Boyfriend Lives in Books

NO PURCHASE NECESSARY TO PARTICIPATE. Buying Will Not Help You Win. Your chances of winning without making a purchase are the same as the chances of someone who purchases something.  It is illegal to give any advantage to buyers in a sweepstakes.

PURCHASE OR PREORDER OF DIRTIEST SECRET DOES NOT IMPROVE YOUR CHANCES OF WINNING BUT MAY BE USED AS YOUR ENTRY SUBMISSION.

Entrants may enter by visiting:

Follow the instructions given on the website to enter using the Dirtiest Secret Pre-Order Contest Entry Form 9 (Google Form) –  https://docs.google.com/forms/d/1FtX7swfFBGSO2UWJWc2JwDpyMUMgiY8sIBozz9OEW64/viewform

Or submit entry via email: jkennercontest@gmail.com

Or mail a postcard to:

No other methods of entry will be accepted.

All entrants must include their name, address, and e-mail address on whatever medium they submit their entry in order to be considered for the prize giveaway. No other methods of entry will be accepted other than the mediums mentioned above.

Entrants will be subscribed to J. Kenner’s newsletter.

Limit one (1) entry per person. Subsequent entries by the same person will be discarded.

Contest void where prohibited. Entrants must be 18 years of age or older and legal residents of the United States of America.

Any employee and immediate family members of J. Kenner (“Sponsor”) and all agencies, entities and persons engaged in the marketing and/or administration of this contest are prohibited from entering this Promotion.

For the purpose of these Official Promotion Rules, “immediate family” is interpreted as husband, wife, spouse, mother, father, brother, sister, son, daughter, grandfather and/or grandmother, whether or not they reside in the same household.

Potential winners may be required to provide the Sponsor with proof of identity of the potential winner and that the potential winner is the authorized account holder of the e-mail address associated with the winning entry. No communication or correspondence will be exchanged with entrants except with the entrants selected for as a winner according to Promotion Rules.

The selection of the Winner will be done at random by the Sponsor within 7 days of the closing of the Promotion. Winner will be notified by email and the Prize will be mailed to Winner within 15 business days from selection.

The Winner of the Promotion will receive a Coach brand handbag MSRP $328 with the following items inside (all dollar amounts are MSRP):

Indemnification by Entrant. Entrant agrees to indemnify and hold harmless Sponsor, its parents, subsidiaries and affiliated companies and the shareholders, directors, officers, employees, agencies, and agents of each (collectively, “Indemnified Parties”), from and against any and all third party claims, losses, damages, liabilities, fines, penalties, costs and expenses, including but not limited to reasonable attorney’s fees and expenses, arising from or relating to any (a) alleged breach by Entrant of any obligation, covenant, provision, warranty or representations hereunder; (b) negligent, grossly negligent, or willful acts, errors, or omissions of Sponsor in carrying out the terms of this Promotion; or (c) acts, errors, or omissions by persons hired, engaged by and/or under the control of Entrant resulting in damages to persons or property.

Indemnification by Sponsor:  Sponsor agrees to indemnify and hold harmless Entrant from and against any and all third party claims, losses,  damages, liabilities, fines, penalties, costs and expenses, including but not limited to reasonable attorney’s fees and expenses, arising from or relating to (a) any alleged breach by Sponsor of any obligation, covenant, provision, warranty or representations hereunder; (b) any negligent, grossly negligent, or willful acts, errors, or omissions of Sponsor in carrying out the terms of this Promotion, and the use of Materials in any subsequent marketing efforts by Sponsor.

Governing Law.  This Agreement is governed by, and construed and enforced in accordance with, the laws of the State of Texas, without regard to its law governing conflict of laws. Any instruments executed pursuant to the terms of this Agreement will likewise be governed by the laws of the State of Texas.  All terms in this Agreement are only intended to apply to the maximum extent permitted by applicable law.  Entrants agree and consent that jurisdiction and venue will be located in the federal, state and local courts for Williamson County, Texas.

Severability.  Any term or provision of this Promotion that is invalid or unenforceable in any situation in any jurisdiction will not affect the validity or enforceability of the remaining terms and provisions of this Promotion or the validity or enforceability of the offending term or provision in any other situation or in any other jurisdiction.

Headings.  The headings in the Official Promotion Rules are for convenience only, and do not affect the meaning of this Promotion or any of its provisions.

Attorneys’ Fees. In the event any legal action, suit or proceeding is brought by either party by reason of any default or breach of the Official Promotion Rules by the other party, or to enforce a party’s rights under these Rules, the prevailing party will be entitled to all of its costs and expenses of suit, including reasonable attorneys’ fees and court costs.

Sponsor is not responsible for incomplete, lost, late, damaged, illegible, delayed, corrupted, non-delivered or misdirected entries or e-mail, or for any technical problems, malfunctions of any telephone lines, computer systems, servers, providers, hardware or software, lost or unavailable network connections, incorrect or inaccurate capture of entry information or loss of entry information, failed, incomplete, garbled or delayed computer transmissions, or any other human or technical errors of any kind, or any combination of any of the foregoing. Sponsor assumes no responsibility for undeliverable e-mails resulting from any form of active or passive e-mail filtering by a user’s Internet service provider and/or e-mail client or for insufficient space in user’s e-mail account to receive e-mail. Sponsor is not responsible for any liability for damage to any computer system resulting from participation in or accessing or downloading information in connection with this promotion.

CAUTION: ANY ATTEMPT BY AN ENTRANT TO DELIBERATELY DAMAGE ANY WEB SITE OR UNDERMINE THE LEGITIMATE OPERATION OF THIS SWEEPSTAKES IS A VIOLATION OF CRIMINAL AND CIVIL LAW. SHOULD SUCH AN ATTEMPT BE MADE, SPONSOR RESERVES THE RIGHT TO SEEK DAMAGES FROM ANY SUCH INDIVIDUAL TO THE FULLEST EXTENT PERMITTED BY LAW.

Sponsor reserves the right at its sole discretion to disqualify any individual who tampers with the entry process. Sponsor reserves the right, in its sole discretion, to cancel, modify or suspend this Promotion should a virus, bugs, entrant fraud or misconduct, or other causes beyond the control of the Sponsor, in Sponsor’s determination, corrupt the administration, integrity, security or proper operation of the Promotion. In the event of termination of the Promotion, a notice will be posted on-line and a random drawing to award the prize will be conducted from among all eligible entries received prior to the time of termination. Entry times will be determined using Sponsor’s computer, which will be the official clock for the sweepstakes.

By entering, entrants further agree to release and hold Sponsor, its parent company, affiliates, subsidiaries, distributors and agents, and each of their directors, officers, employees and assigns, harmless from and against any and all claims and liability arising out of participation in the Promotion or use of prize. Winner assumes all liability for any injury or damage caused, or claimed to be caused, by participation in this Promotion or use or redemption of any prize. All entries become the sole property of Sponsor and will not be returned. By participating in this Promotion, entrants agree to be bound by the Official Promotion Rules and the decisions of Sponsor, which are final and binding in all respects. Sponsor is not responsible for any typographical or other error in the printing of the offer, administration of the Promotion or in the announcement of any prize. In no event will more than the stated number of prizes be awarded.

Shame I cannot enter as I live in uk, so not fair boo hoo lol

I LOVE your writing and I would love to win this magnificent prize!!