I’m one of those readers who doesn’t want a book to end.

Even in my very first book, Nobody Does It Better, the heroine’s best friend jumped up and down and demanded her own story. Characters in my bestselling Stark series crossover with characters in my other series. Evan from the Wanted series appears in Take Me, Dallas from the Dirtiest Trilogy appears in Deepest Kiss and other Stark books. And I fell so in love with Noah, a secondary character in the Dirtiest trilogy, that he’s now the hero of my current release, Wicked Torture (which also has a few characters who will show up in my upcoming Man of the Month series).

Honestly, one of these days I need to put a character from my Demon Hunting Soccer Mom series into the Stark series!

Want to meet Noah in both books? Grab your copy of Wicked Torture … and then be sure to grab Dirtiest Secret for the on-sale price of only $1.99. Hurry, though! The sale is limited!

“There is nothing I love more than a crossover. I think it’s because I came into writing romance from comic books where universes collide on a regular basis. For me, if I’ve got two series going, I’m always trying to see where they can intersect. Does my billionaire tech guru from Lawless need some security? Why not call up McKay-Taggart from Masters and Mercenaries? Does someone from Bliss, Colorado need a lawyer? I’ve got several in Texas Sirens. It’s one big universe!” 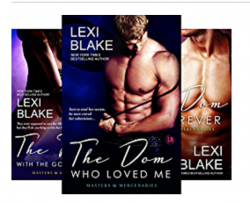 The trick, of course, is to make sure that when a character leaves Series A for Series B, that new readers can jump in without having to read Series A first.

As a reader, it should be seamless. You want to know that character had a life before their book in Series B, but you don’t want to feel compelled to read about that life in order to understand the story. The story needs to stand on it’s own.That’s the desire from a reader standpoint, and the goal from a writer standpoint. And without turning this into a “how to” writing post, the way the author handles that is the same iceberg principle that we use for most any story.

What’s that? Well, it means that what you see on the page of the book is what you need to know in order to read that book, understand the story and the character, and become emotionally involved with the story. What you see, in other words, is everything that is above the water, or the tip of the iceberg. What’s below the water is what you know is there, but you don’t have to know it for that story.

The character knows it, though, and it colors their behavior and choices, and that resonates in the story.For example, if Joe’s brother was killed in Series A, and now Joe is getting his own book later in that series or in a spin-off series, depending on the genre, Joe’s new book may not need to know the gory details around the brother’s death. So long as the reader understands Joe’s state of mind and conflict without reading the book from Series A, all is golden! And you just might intrigue a reader into popping over to the Series A book, too!

I did a highly scientific (not!) poll among other authors via late night messaging the other day, and most everybody loves and has included crossover characters in books.

Darcy  Burke jokes that all of her crossovers tie into treasure hunters!!I 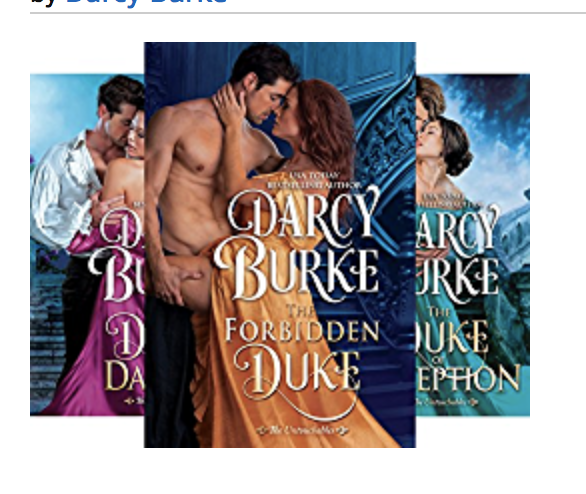 Same with Dee Davis, the current President of Romance Writers of America:

Sometimes characters take on a life of their own and refuse to be quiet until they have their own book.  Harrison Blake from my Last Chance Series was supposed to be the third hero of the last book (Exposure).  But instead I wound up going another direction.  Not to be put off, when an opening occurred, Harrison jumped over to a black ops team in my A-Tac books, wormed his way into the readers’ hearts again, and finally was the hero of his own book in Deadly Dance – the fifth book in my A-Tac series.

I’m a huge fan of crossovers so when I started the Lords of Deliverance series about the Four Horsemen of the Apocalypse, I featured a lot of characters from my Demonica series. They mixed so thoroughly that I’ll be writing a new series merging the two!

And, of course, crossovers can jump into other author’s stories, too! In fact, Larissa and I, (along with Carly Phillips, Corrine Michaels, and Susan Stoker)  are crossing characters over with Lexi Blake’s Masters and Mercenaries series! Larissa, with her Demonica series, and me with the Stark series! 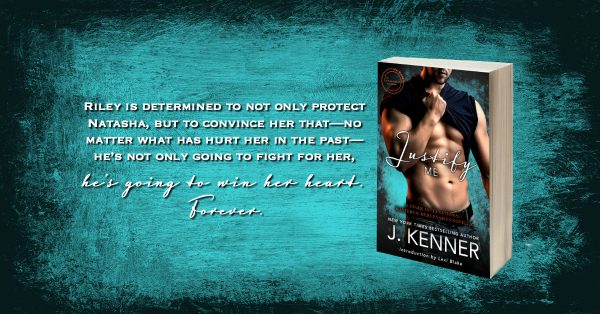 So what about you? Do you like crossover characters? What character out there in booklandia would you like to see crossover from one series to another?