Have you met the King of F*ck? Read on to find out why that's such an ironic moniker! - J. Kenner Skip to content

Home » Blog » Monday Memories » Have you met the King of F*ck? Read on to find out why that’s such an ironic moniker!

A few years ago, I pitched a taboo romance idea to my editor …

… and from that spark of an idea, the Dirtiest Trilogy was born. 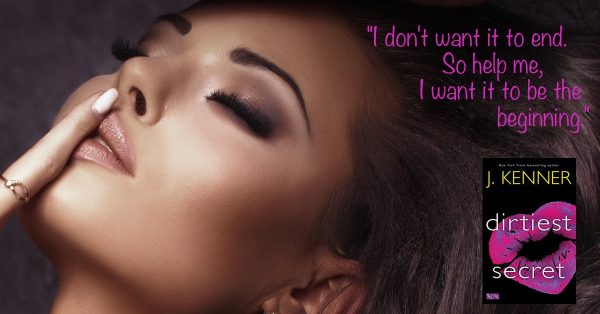 Though I didn’t realize it at the time, the core idea for this series had probably been in my head since I was a kid reading the Flowers in the Attic series. Goodness knows there are some parallels. (Wealth, brother/sister, abuse/torture).

At the same time, it was different on so many levels. But at its core, the Dirtiest books are romance. Epic romance, in fact, as from the get go, it seems as if there is simply no way these characters could be together. (If you haven’t checked out the books, I promise you it all works out…it is a romance trilogy after all!).

I also wanted to explore some ground I hadn’t seen in a romance. Dallas is, I think, one of the hottest heroes I’ve written. And yet …. Since this is spoiler territory, I’m making the text white. You’ll need to highlight between the asterisks to learn the secret:  **Although Dallas is known as the King of Fuck, that’s a fiction. Not only because he’s not really the party-guy he pretends to be, he also isn’t doing the deed with anyone. Not really. Dallas has erectile disfunction issues that are very much tied to the backstory and the core damage in the story.** I thought it would be hard writing a book that dealt with the issue, but I absolutely loved writing Dallas and Jane. They burst onto the page. And, in fact, they are still around as they have sidled their way into Stark World and often appear in my Stark Security books!

Here’s a bit about Dallas and the trilogy. If you haven’t read them yet, I hope you dive in!

You can find Book One, Dirtiest Secret, here: 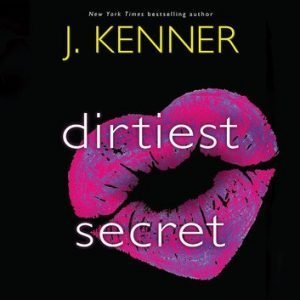 Dallas Sykes is a man who drives fast, plays hard, and spends money at the rate most people drink water. He’s partied with princes, gotten drunk with film stars, and more often than not has more than one woman in his bed. He’s forever appearing on the pages of tabloids, both in the US and in Europe, and the only time he’s not front and center in social media is when he’s disappeared. Even then, the speculation follows him. Rehab? Jail? Or maybe a decadent tryst with a married woman. Or two.

That’s the Dallas that the world knows.

But that Dallas isn’t real. He’s a mask. A fiction. A carefully crafted persona designed to hide the real Dallas Skyes. A man with dark secrets and a painful past. A man who longs to fix what cannot be fixed. A man whose heart and soul belong to a woman he cannot have. A woman who once upon a time ran to him for comfort, but now goes out of her way to avoid him.

He couldn’t have her. He shouldn’t want her.

But sometimes, temptation is hard to resist…

And be sure not to miss the trailer!

And if you want to listen to me reading Chapter One aloud, check out this video!