Grab these Holiday Hump Day FREEBIES!! Plus a chance to WIN!!! - J. Kenner Skip to content

I’m doing something new this week! Don’t miss out on these great freebies from me and some of my author friends! Just in time to load up for your over-the-holiday reading! 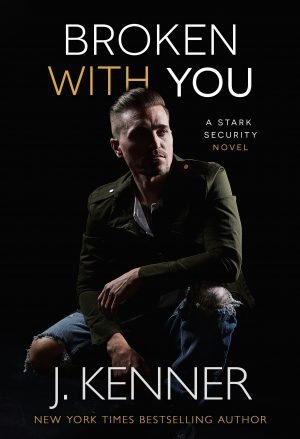 Broken With You by J. Kenner

Grab your copy at Bookfunnel
FREE THROUGH 2020!

I love writing the Stark security series, a spin-off series of my billionaire romances featuring Damien Stark. And since Destroyed With You just came out, I thought I’d introduce those of you who haven’t met the charismatic and elite team at Stark Security yet to one of the earlier heroes — a man who disappeared on a mission, only to return to his wife with no memory of who he was…or who she was, either.

After surviving a troubled childhood, Denise can’t believe that she’s blissfully married to her partner and soulmate. She’s confident that not even Mason’s long-term, deep-cover assignment will shake their bond. And she certainly doesn’t anticipate that when he finally walks back through her door that he’ll have no memory of her, himself, or their time together…

When Mason is pulled out of an operation gone bad, all he knows is what he’s told — that he was a covert agent, that he has information vital to national security somewhere in his head, and that they can tell him no more for fear of burying those hard-fought secrets even further. They tell him nothing else; not even that the beautiful woman who makes his heart beat faster is not just his partner, but also his wife.

The secret she must keep wrecks Denise, who wants only to return to Mason’s arms. But despite the desire that still burns hot between them, she can’t tell him who she is—or that she’s carrying his child.

But when dark forces threaten both their lives in order to retrieve the information trapped in Mason’s mind, it’s not their past that will be tested, but the tenuous new love now burning hot between them.

You don’t want to miss this sexy, suspenseful amnesia romance! 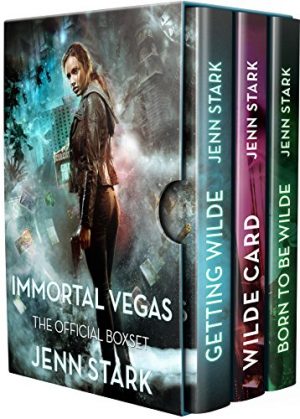 FREE!
Amazon
I love Jenn’s books! Check out this awesome deal!
***
The first three full-length novels of the Immortal Vegas Series in one box set, plus an introductory novella.

Using her well-worn Tarot deck, magical-artifacts hunter Sara Wilde can find anything–for a price. And the price had better be right, since she needs to finance her own personal mission to rescue several young psychics recently sold on the paranormal black market.

Enter Sara’s most mysterious client, the wickedly sexy Magician, with a job that could yield the ultimate payday. All she’ll have to do is get behind Vatican walls… and steal the Devil himself.

But play with the Devil and you’re bound to get burned.

From the twisting catacombs of Rome to the neon streets of Vegas, Sara confronts ancient enemies, powerful demigods, a roiling magical underworld about to explode… and immortal passions that might require the ultimate sacrifice. But oh, what a way to go.

No matter how the cards play out, things are about to get Wilde. 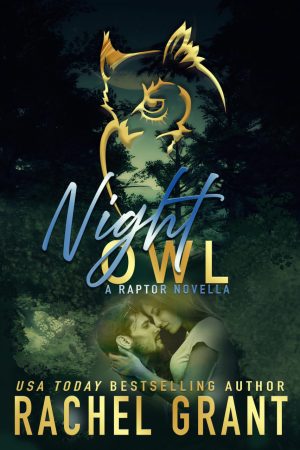 I am in LOVE with this cover … just like I love all of Rachel’s smart and sexy suspense books! this one won’t disappoint! Grab this steamy prequel to Incriminating Evidence now!

Jenna O’Donnell wants three things: to live in Tamarack, Alaska for the rest of her life; for Ted Godfrey to fall into a glacial crevasse; and Brad Fraser.

Brad Fraser also wants three things: to leave Tamarack and never return; for his coworker, Ted Godfrey, to be fired; and to never, ever fall in love.

But Brad tempts fate when he takes Jenna out for a night of owl watching, and once he spends time alone with her, his carefully planned escape from both frigid north and fiery waitress is no longer simple… 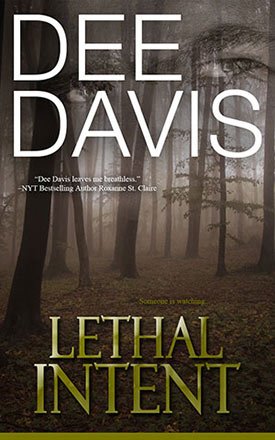 Dee and I have been friends since before we were both published — so over twenty years! We started out as critique partners, which was a huge thrill for me since I love her characters and stories so much!

Sign up for Dee’s newsletter and get a free copy of Lethal Intent — Dee writes such awesome romantic suspense. You’ll love it!

Everything has to begin somewhere…

Connor Fitzgerald made the biggest mistake of his life when he walked away from high-school sweetheart Jenny Tate. Now he’s back, and hoping they can make a new start. But first he’ll have to stop the man who’s trying to kill her. 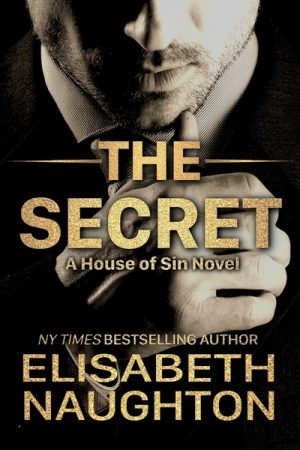 The Secret by Elisabeth Naughton

He is temptation. Forbidden fruit. A craving I can’t seem to resist.

I went after him in search of answers, certain he had blood on his hands. Now I’ve fallen prey to his seductive looks and commanding charisma.

I know he is a threat. He’s entwined in a dangerous world I don’t understand. But that doesn’t stop me from aching for his touch, for the taste of his wicked lips.

Before I can truly surrender to the fire smoldering between us, I need to know more. I have to see behind the doors he keeps firmly locked.

Books in the House of Sin Series — grab them in KU:
THE SECRET – Book One
THE FALL – Book Two
THE BETRAYAL – Book Three
THE VOW – Book Four
THE PRICE – Book Five
THE CHOICE – Book Six

Destroyed With You — Here’s Your Chance to WIN! by J. Kenner

Enter the Goodreads Giveaway for a Chance to Win a paperback copy!
Enter Now!

Now an operative with Stark Security, he’s left Texas behind, focusing only on his work and closing his heart to love even as his soul screams for revenge against the scum that killed his Linda. When old friends reveal new evidence, Winston learns that not only is Linda alive, she faked her death in the ultimate betrayal.