Winston Noble and Noah Carter -what do these two hot Stark World men have in common? - J. Kenner Skip to content

Home » Blog » Julie/JK's Books » Winston Noble and Noah Carter –what do these two hot Stark World men have in common?

If you read my books, you probably know that I love writing damaged heroes, and two of my favorite heroes–Winston Starr from Destroyed With You and Noah Carter from Wicked Torture share a particularly deep wound.

They both lost their wives. (Or, at least, it seems that way. Another thing you might know if you read my books is that things aren’t always what they seem…)

OK, so that’s some real damage, right? What’s interesting, though, is that when I was first plotting out Destroyed With You, I didn’t even think about that! At least not consciously.

But that’s part of what makes being a writer such a fun journey–the fact that so often, plotting and putting all the pieces together happens when you’re looking the other way. 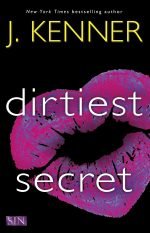 In this case, I knew that Stark Security agent Winston Starr was going to be heading to Austin after learning that his dead wife is really alive. He needs help, and so he turns to Noah Carter, a tech genius who was recruited by Damien Stark to run the Austin office of Stark Applied Technology.

The point of the visit was for Winston to meet with Noah and get whatever tech he might need for his mission. Makes sense, right? But then I actually started writing, and I realized … whoa. These guys have very similar backstories and wounds.

In Destroyed, we’re never in Noah’s point of view, so the reader doesn’t really know a lot. It’s very subtle … but also clear that he sympathizes with Winston’s plight–and that he understands it. I hope it piques readers’ interests because Noah is one of my favorite characters!  In fact, I love him so much that he’s been around for awhile.

Noah first appeared in Dirtiest Secret, the first of a trilogy featuring billionaire heir and secret vigilante Dallas “the King of Fuck” Sykes (it’s my most taboo trilogy, and OMG it was fun to write!). Noah was such a great character that he got his own book: A standalone romance set in Stark World called Wicked Torture. Now, Noah has made appearances in the Stark Saga and in The Man of the Month series!

If you haven’t met Noah, I encourage you to check out Wicked Torture (and the Dirtiest trilogy!) 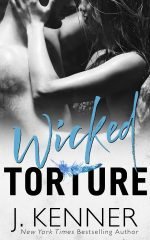 If you have met Noah, tell me what you think! Better yet, drop a review at Goodreads or your favorite retailer.

Do you love connected stories and Easter eggs when characters pop up in other books? I’d love to hear your thoughts!